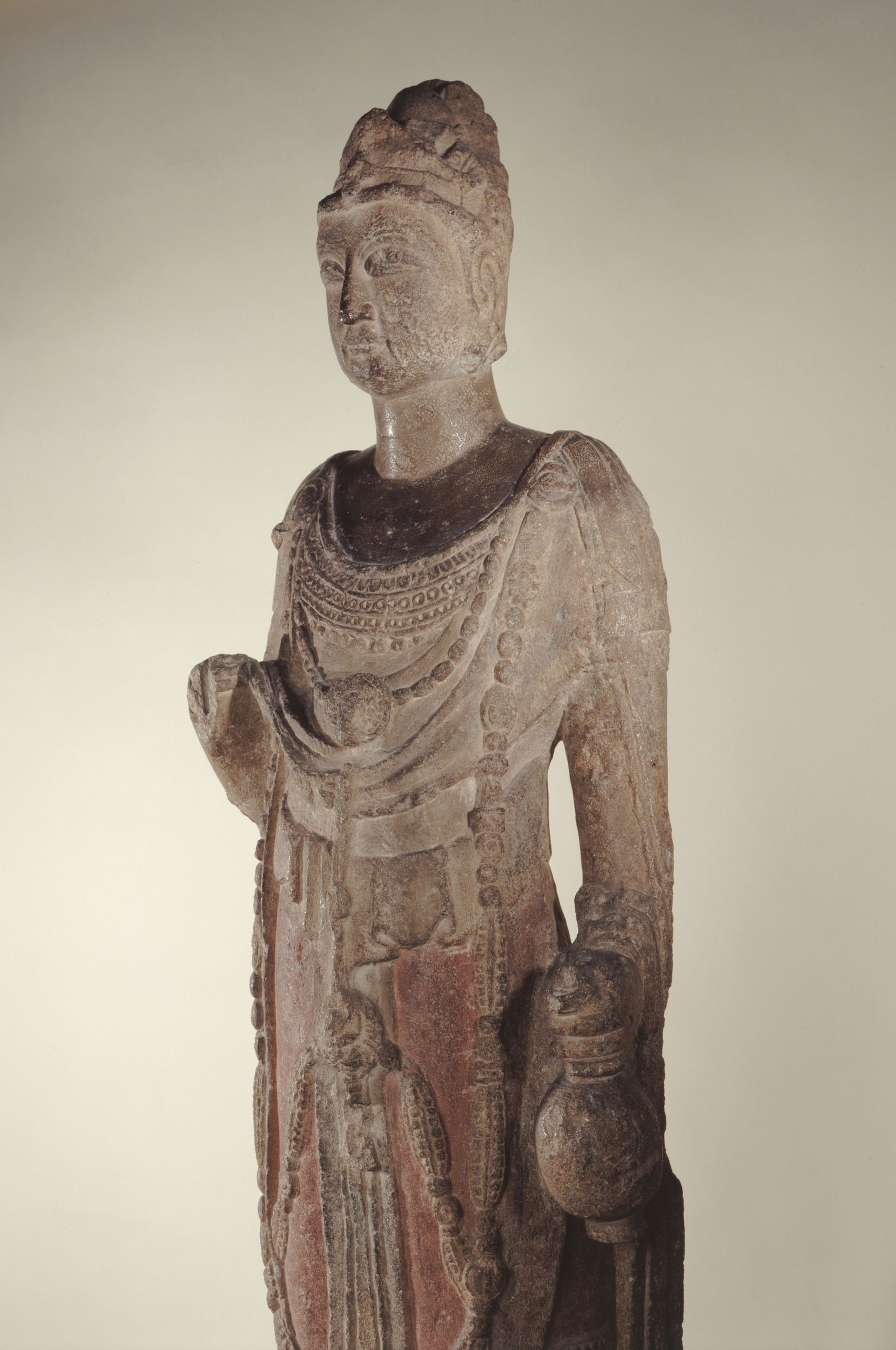 The vase containing the elixir of immortality, here held in the deity’s left hand, is one of the most frequent attributes of the bodhisattva Avalokiteshvara (Guanyin). This flask is sometimes confused with the ascetics’ water vase, an attribute of the bodhisattva Maitreya (Mile).
The statue’s broken right hand prevents formal identification of the deity. Maitreya would have made the gesture of discourse. Avalokiteshvara, “releaser from all pains”, would have held a willow branch, in accordance with an iconography specific to the Far East. The latter theory would seem most plausible, statues of Maitreya in the round from the Sui period being a rarity. However, Avalokiteshvara, worshipped throughout Asia in the belief that it would help bring descendants, was the object of innumerable ex-votos. In China, under the influence of the Taoist goddess Bixiayuanjun, the bodhisattva, presented as asexual, would be androgynous in appearance.
Here, the deity wears the many scarves and precious metal necklaces characteristic of the bodhisattvas during the Sui dynasty. A major modern-day restoration of the shoulders in no way alters the majestic bearing of the figure, executed perfectly in the round.