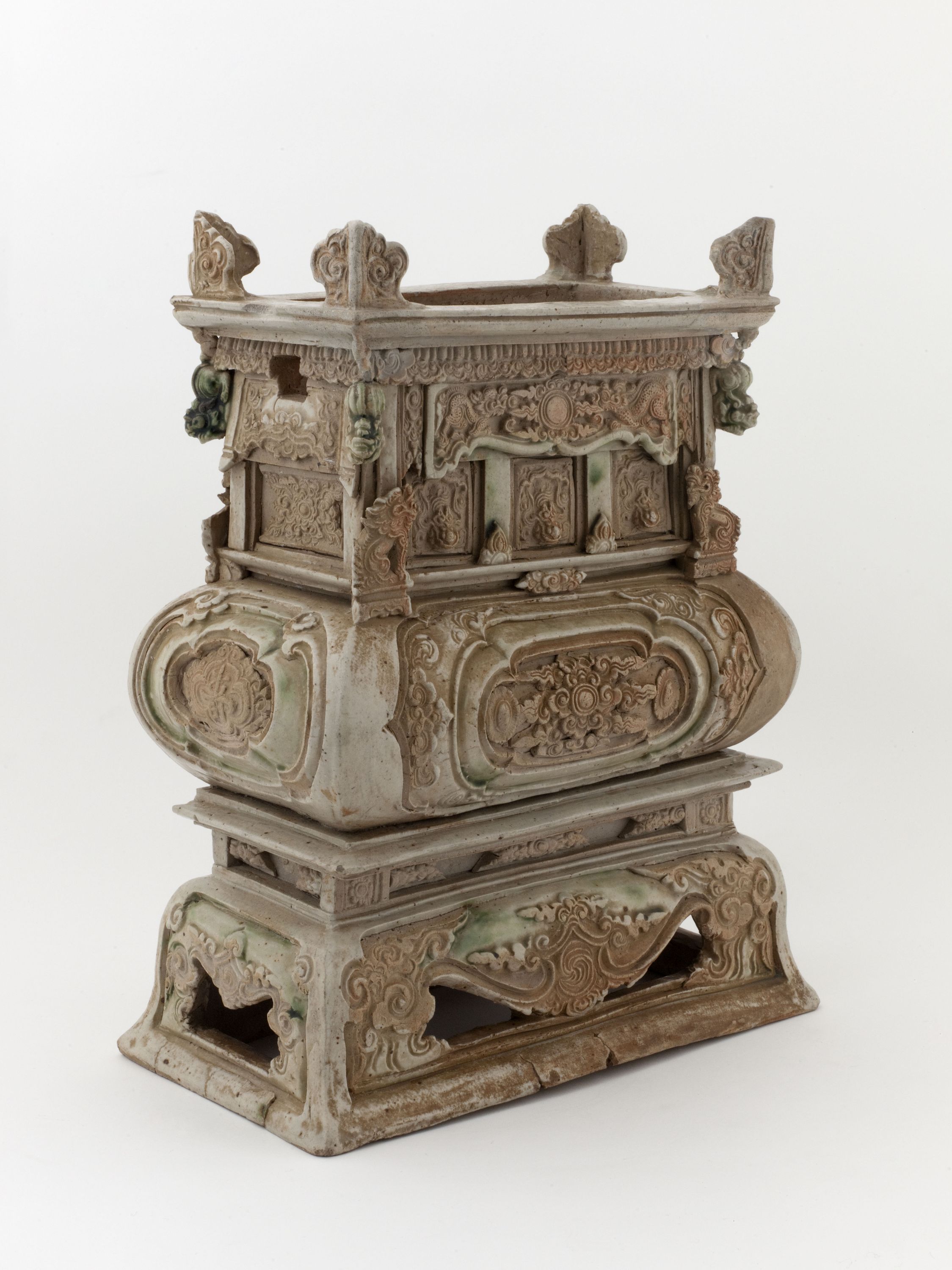 In the 16th century, an imperial decree limited trade to foreign parts, causing the decline of many kilns. The kilns of Bát Tràng, not far from Hanoi, managed to withstand this trend, however, thanks to domestic demand. The most active and well known ceramics production centre in Vietnam, still to this day, it had been turning out architectural and utilitarian ceramic products since the 15th century. Between the 16th and 19th centuries, with the revival of Buddhism, it specialised in the production of altar accessories: incense burners, candelabra, vases and dishes served as offerings in shrines. These items were made of a light-coloured clay and the shapes resembled those of ritual bronzes, featuring numerous motifs in relief with touches of blue and green.
This perfume-burner has an architectural composition, the upper part of which was hollow so as to contain incense sticks.
The rich decoration of elements applied in relief recalls that of silver and goldwork. Dragons swirl among stylised clouds, while four green lions descend from the upper corners. At each corner of the middle section is a Naga, a mythical animal, protector of Buddha and one of the legendary nine sons of the Dragon King.
The play of polychrome is characteristic of the works produced in the kilns of Bát Tràng in the 17th century. The surfaces covered with an ivory glaze or a green glaze rich in iron oxide contrast with those left bare, where the clay has taken on a pinkish tint.