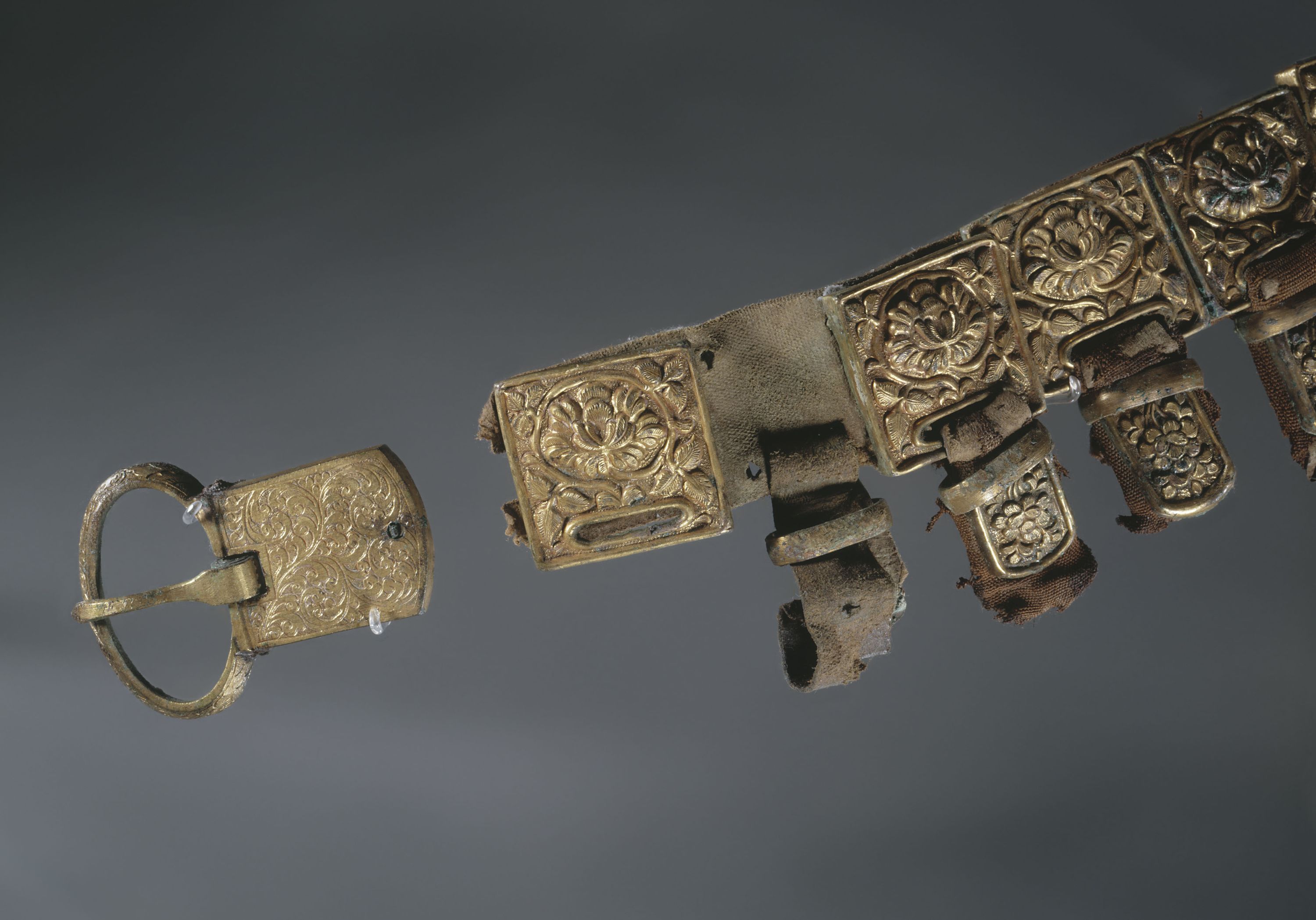 The main section of this belt is made up of fifteen decorative plaques with a tightening ring and prong mounted on a leather strap lined with fabric embroidered with gold thread. Eight secondary elements include the buckle, tightening rings, decorative plaques for the suspended items. The buckle and tightening rings were made from molten and gilded metal, with each of these two accessories decorated with different foliage designs. The decorative plaques, square or oblong, tab- or palmette-shaped, were made of hammered metal and apparently covered with gold leaf; each originally had a base to which it was riveted. The ground was worked with an awl, the main motifs in repoussé and the details incised. With the exception of the oblong plaques and the palmette decorated with peony flowers, all the others are adorned with sprigs of chrysanthemum with one or two blossoms.
This type of belt is borrowed directly from the Tujue Turks whose khanate extended through the north of China between the 6th and 8th centuries. The Chinese name for this accessory, diexie, meaning to and fro, no doubt evoked the swinging leather thongs on which various everyday items were suspended. Under the Liao dynasty, this type of belt was only placed with people, both men and women, buried in the Khitan tradition. Unlike Tang dynasty texts that stipulate the number of elements and the material used for belts with decorative plaques, the official History of the Liao remains unclear on this point.
One of the most similar pieces is the silver funerary belt with gold plaques made for the prince consort Xiao Shaoju, who was survived by his wife, the princess of Chen, until 1018.