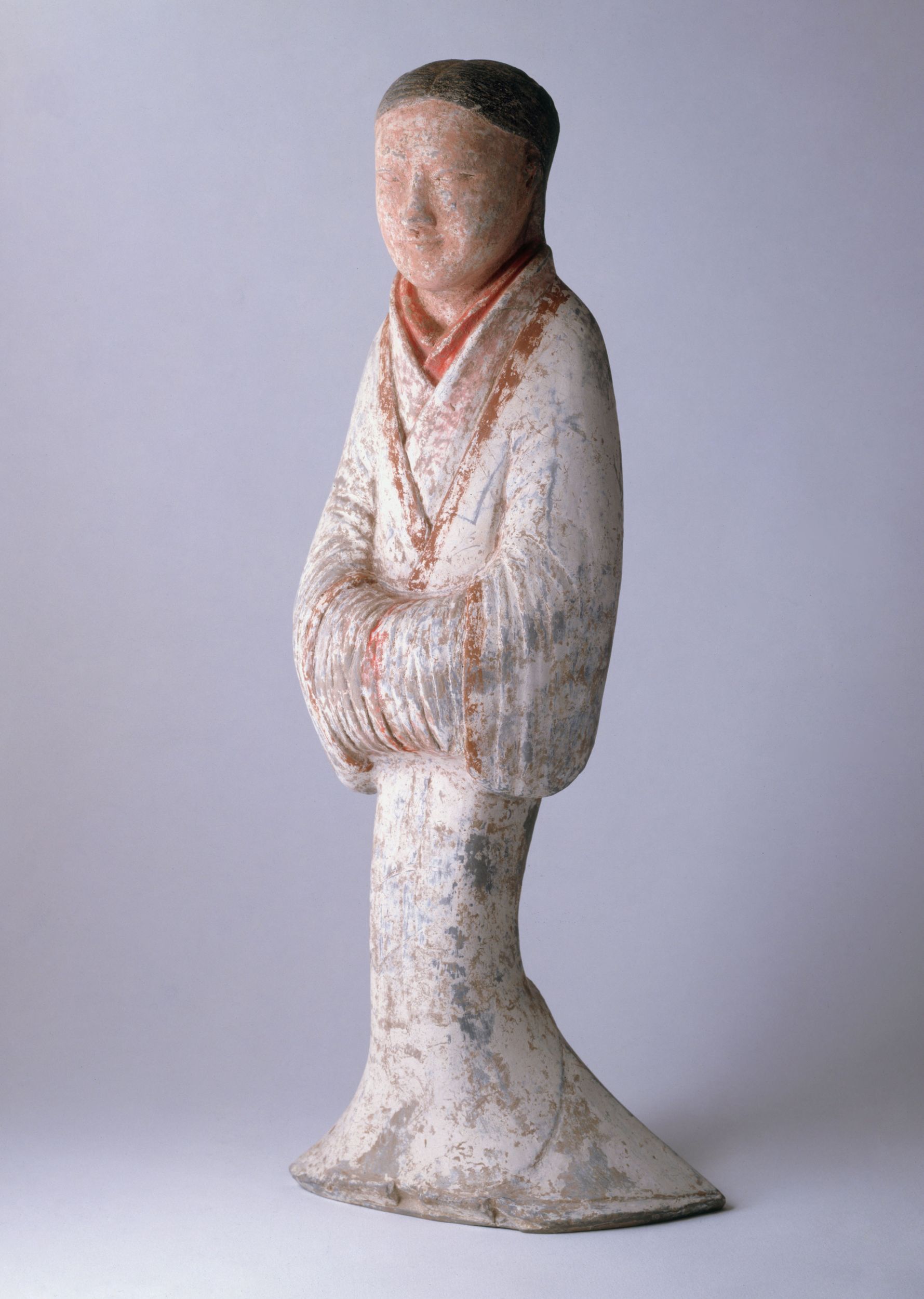 Tombs from the Han period (206 BC – AD 220) have produced large numbers of figurines of female attendants (nüshi yong) who waited on the soul (po) of the deceased in the latter’s underground palace (dixia gongdian).
This type of statuette, called mingqi, is often described as a funerary substitute. The invention of mingqi under the Eastern Zhou (770-256 BC) and their increasing presence in graves is thought to have been a way to replace the human sacrifices that accompanied high-ranking deceased persons to the afterlife in the Bronze Age.
These tomb furnishings, which also included miniature models of buildings and animals, reproduced the environment in which the deceased had lived, and are therefore a valuable source of information about the daily life of the Han. Many statuettes are portrayed wearing layered and wrapped robes, with trims that are particularly visible here thanks to the remnant polychrome. Most of these figures are stereotypical and have lost their polychrome. The exceptional state of conservation of the Cernuschi Museum attendant, with its fine features and face with its delicate pinkish complexion and black hair plaited at the back, make it one of the masterpieces of its kind.
This sculpture also heralds a number of artistic trends that were to develop and flourish in later Chinese statuary. For example, a taste for line over volume, perceptible here in the silhouette of the woman. The bust and arms in their wide sleeves overhang the close-fitting robe, flared at the bottom for stability.