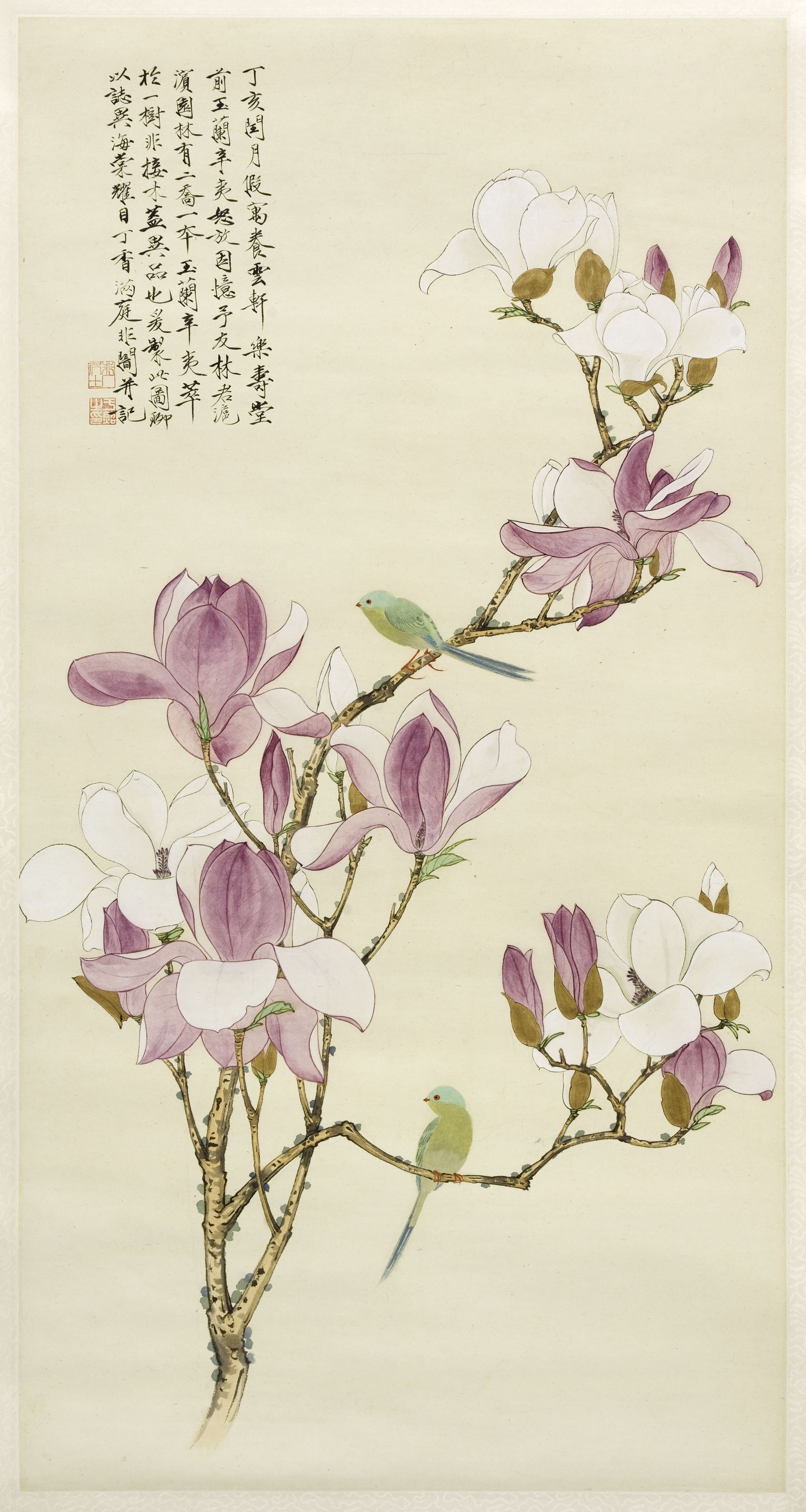 Translation: During the supplementary month of the Dinghai year [1947], I was staying at the Wanyangyun Xuan. Before the Leshou Tang there was a xinyi magnolia in full bloom. I remembered that my friend, Lin, had in his garden on the banks of the Hu a xinyi magnolia with two trunks from a single stem that were joined like one tree, without there having been a graft. It was an extraordinary thing. And so I made this painting, to record this unusual phenomenon. The wild apple tree dazzles the eye [the fragrance] of the lilac fills the courtyard. [Painted] and inscribed by Fei’an.