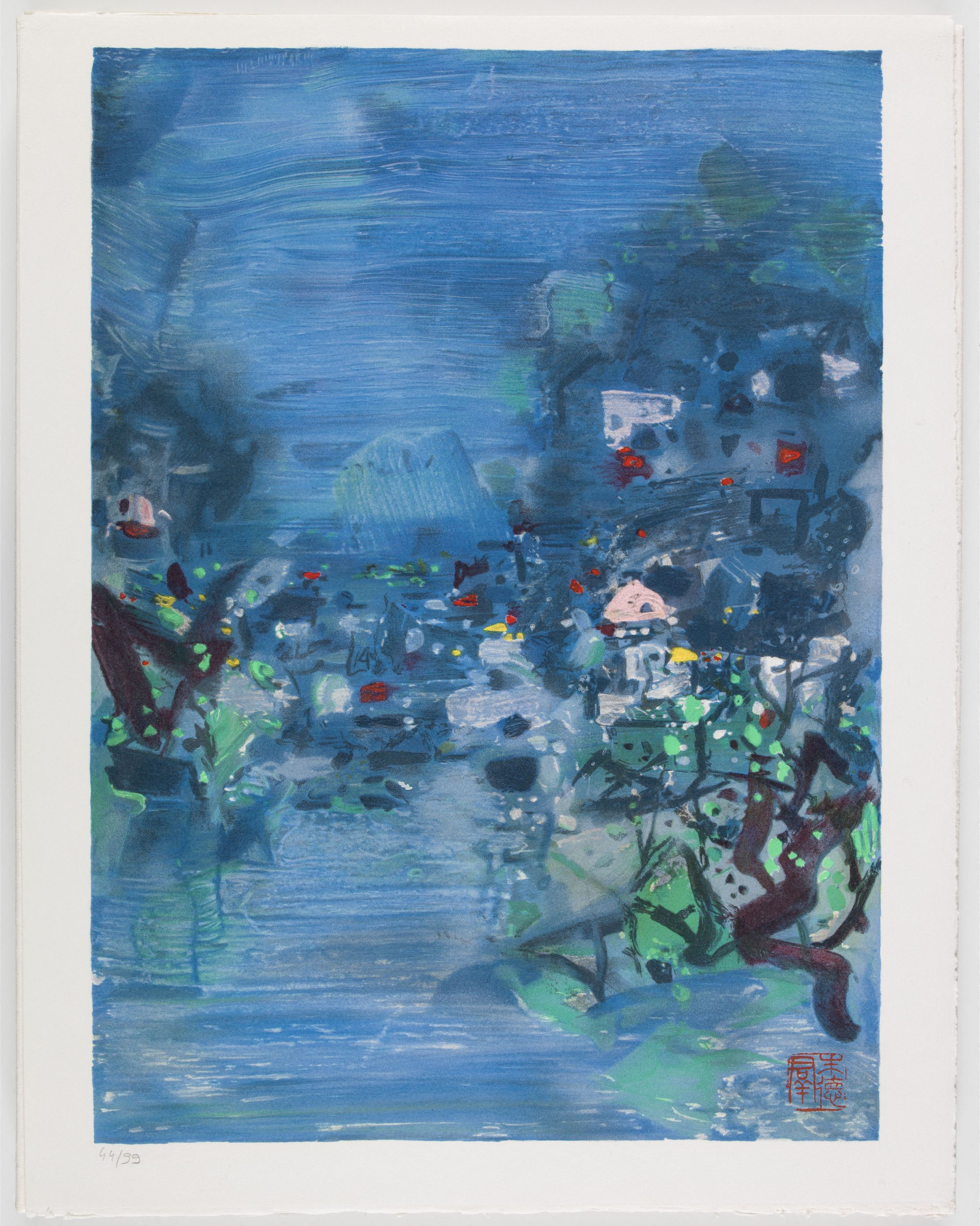 Chu Teh-Chun (Zhu Dequn) was a major Chinese artist of the second half of the 20th century. Born in 1920, he studied at the Hangzhou National College of Art directed by Lin Fengmian, one of the principal forerunners of a synthesis between Chinese tradition and Western modernity. At the end of his studies, he himself became a teacher in Nanjing, then in Taipei, where he was a model for several generations of abstract artists. In 1955, he travelled to France, where he frequented the Académie de la Grande Chaumière, like many other Chinese artists. But the major event in the development of his art was the discovery in 1956 of the work of Nicolas de Staël, after which he switched permanently to abstraction. He soon integrated visual elements from the École de Paris into his canvases, from the colour blocks of Nicolas de Staël (1914-1955) to the expressive strokes of Hans Hartung (1904-1989). Despite his attachment to the École de Paris, his work also featured, from the early 1960s references to the Chinese artistic tradition, in the titles or in the evocation of landscapes suggested with areas of modulated colour recalling ink washes, and sometimes the pictorial compositions of his native country. It was the development of this new synthesis that earned him his fame and status on the contemporary Chinese scene. Stormy Ink, the last series of lithographs published before his death, is a characteristic example of the style of Chu Teh-Chun’s latter years, based on the use of a multitude of small coloured touches in the centre of the surface that illuminate a composition structured by wide, darker brushstrokes. It is also highly representative of this synthesis of the contemporary visual vocabulary and Chinese tradition: the lithographs alternate with the poems of Lin Bu (967/968-1028), Li Yu (937-978) and Su Shi (1037-1101), calligraphed in a cursive style, whose landscape descriptions are then transposed in pictorial form.