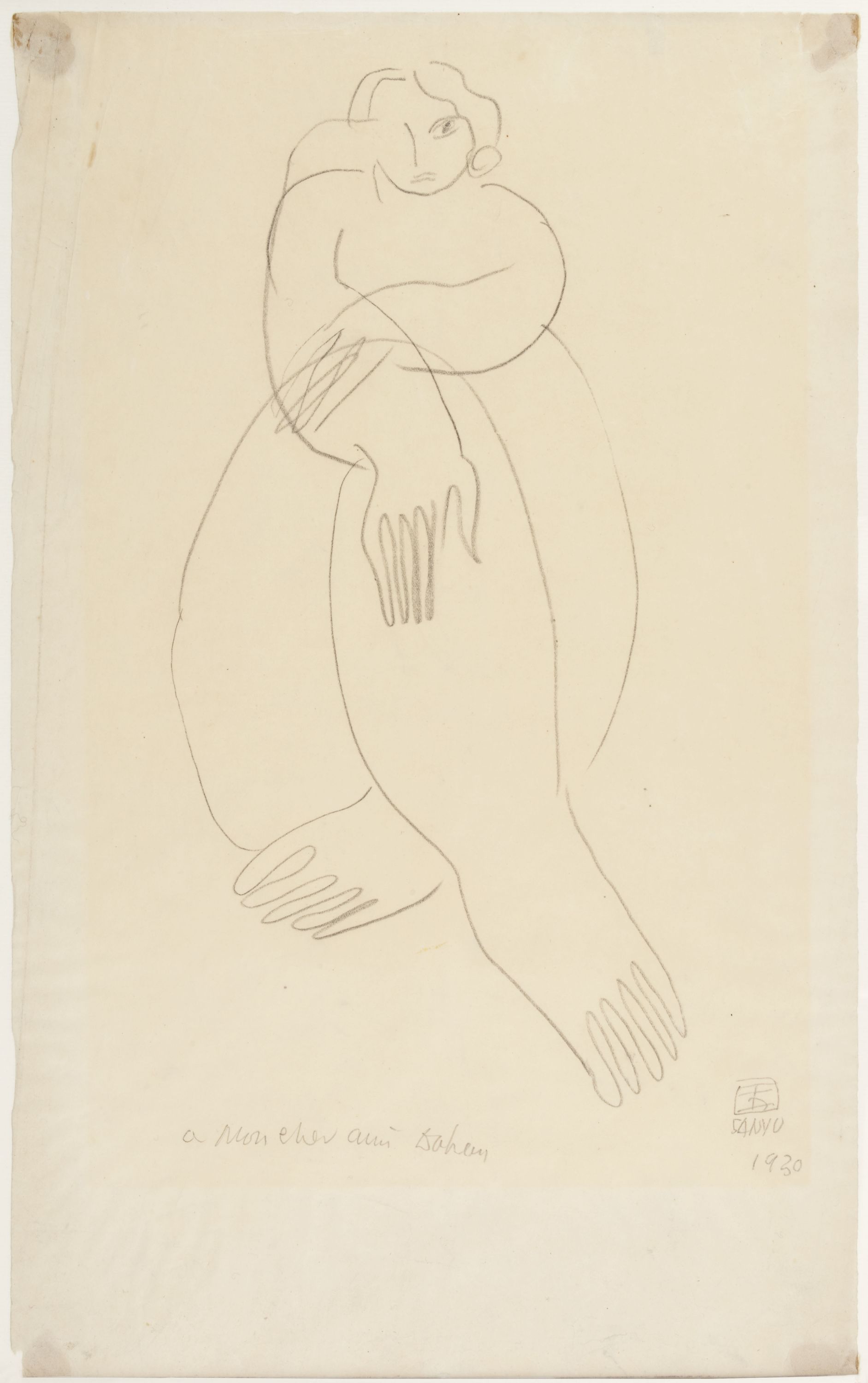 Sanyu was born in Nanchong, Sichuan, into cultivated circles and a family whose prosperity had grown with modern industrialisation. From an early age, Sanyu turned his artistic aspirations towards the West. After a stay in Japan from 1918 to 1919, he travelled to Europe in 1921. He spent some time in Berlin, like his contemporaries Lin Fengmian and Xu Beihong, but it was in Paris that he chose to train, on the fringes of the official institutions. Pang Xunqin’s description of the Académie de la Grande Chaumière in the late 1920s shows how familiar Sanyu was with the studio, where he produced many of the ink drawings that would influence most of the young Chinese artists working in Paris at the time.
Unlike many of his contemporaries, Sanyu did not study at art school. This choice, which he fully embraced and defended, according to Pang Xunqin, meant that he learnt more from the masters of modernity than from past masterpieces. One of his very rare critical texts was devoted to Picasso. His work reflects other influences, notably that of Matisse, as is visible in this drawing of a nude dedicated to Albert Dahan, a journalist and art connoisseur. The fact that this drawing is dated, which is extremely rare in Sanyu’s work, suggests that, circa 1930, he had fully taken on board the elliptical style of the French master.