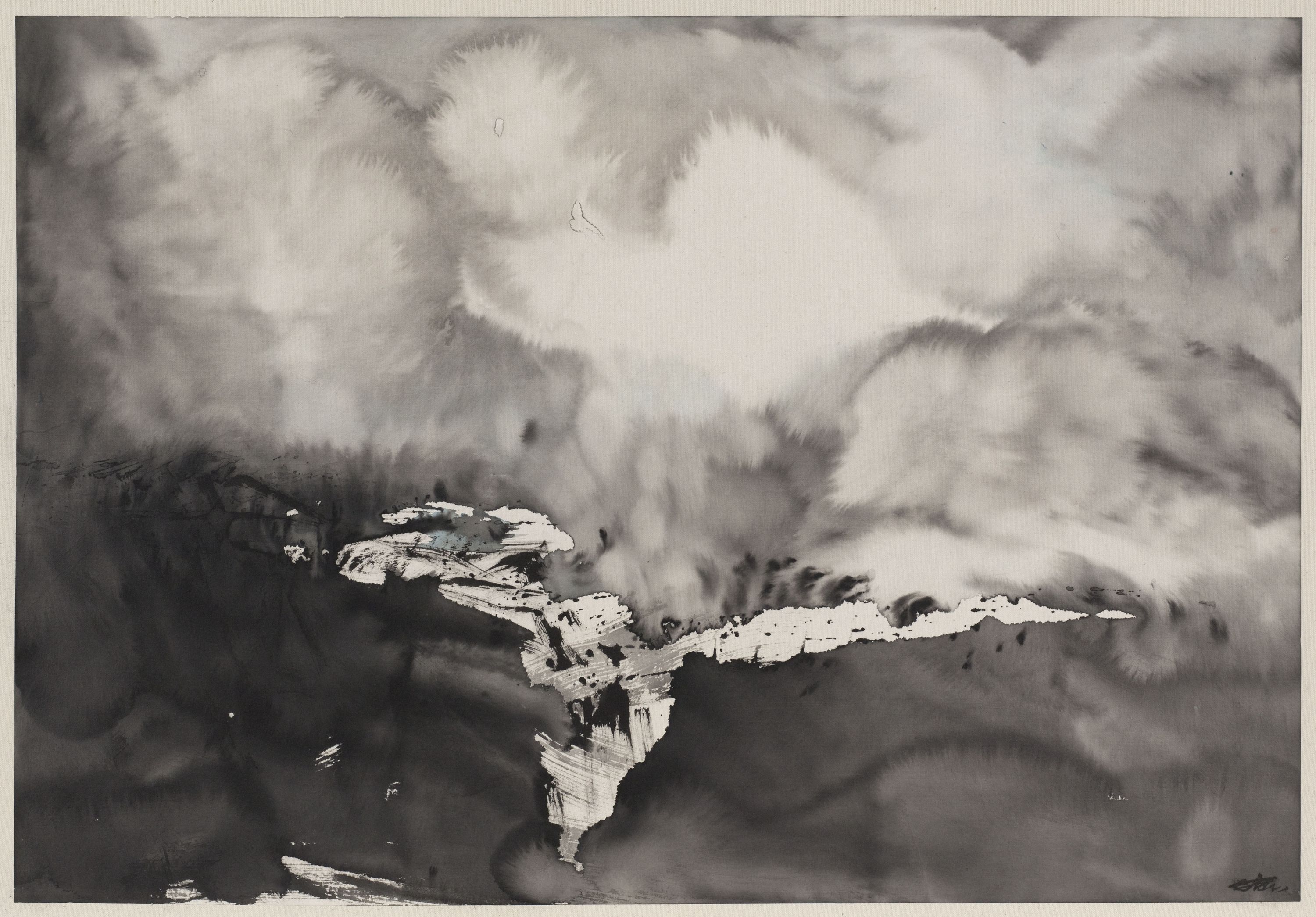 Like Ma Desheng, Zhou Gang also undertook to renew the Chinese artistic heritage. In 1989, he settled in Paris. There, he profoundly modified his formerly figurative style, based primarily on the use of dark hues and expressive strokes to depict the life of Tibetans, as can be seen in an early work donated to the museum in 1992.
He assesses the figures of his paintings, and seeks to develop, using traditional tools, a synthesis, which he continues to explore today, between the adoption of modern artistic norms and theoretical principles derived from the most ancient Chinese thinking on questions of painting and the creative process.
On the one hand, his landscapes are sparer, becoming mostly abstract compositions, and their presentation, by mounting paper on canvas, is adapted to exhibition norms in Western galleries and museums.
On the other hand, energetic strokes of the brush with relatively undiluted ink leave blank areas through which the painting breathes, while the juxtapositions and interpenetrations of the ink wash and the empty spaces reproduce the alternation and circulation of yin and yang.