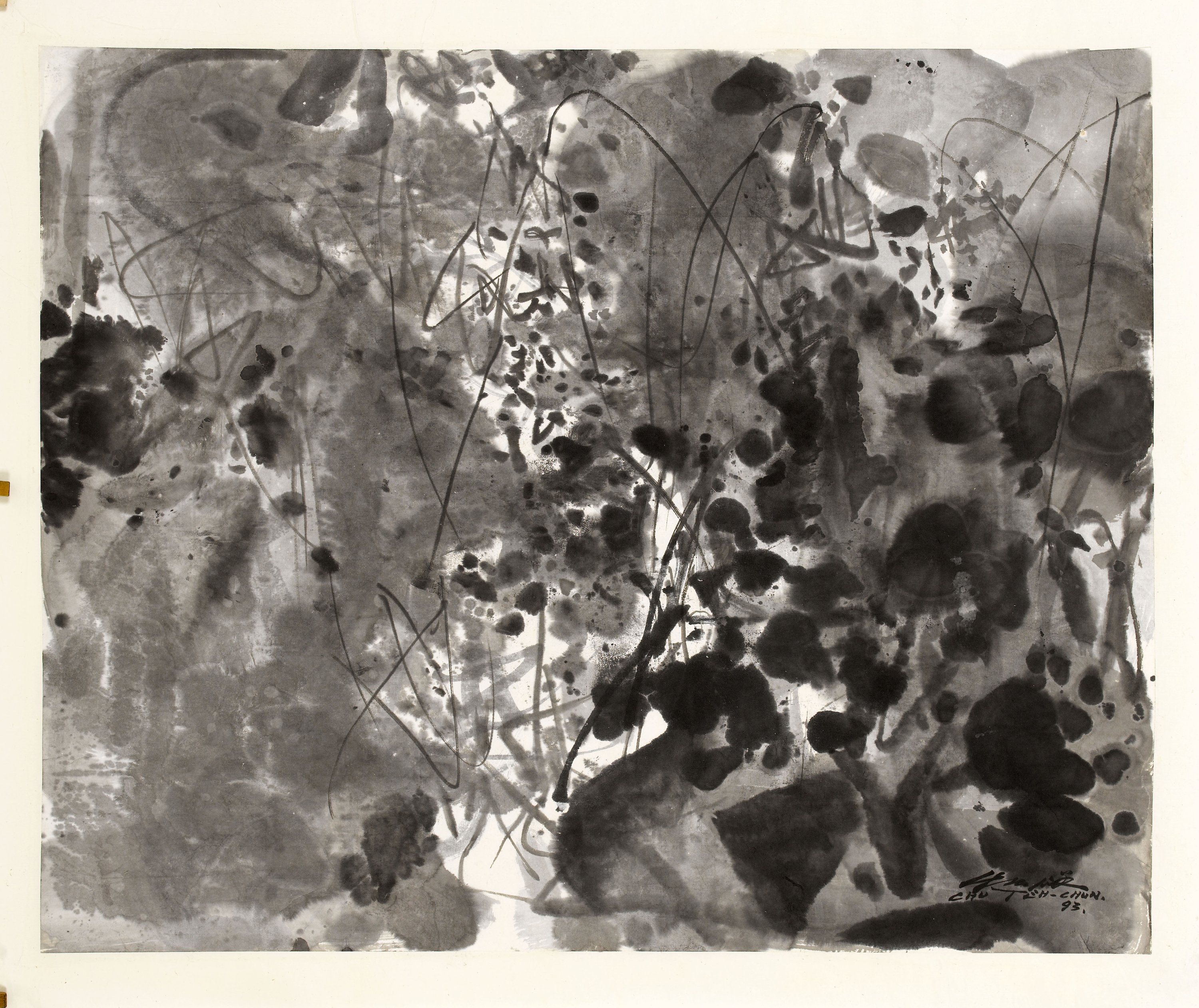 After his training, Chu Teh-Chun continued to work in ink throughout his career. However, his ink work was, for various reasons, long consigned to the studio. As a student at the National School of Fine Arts in Hangzhou in the late 1930s, most of his apprenticeship was in oil technique, and his attraction to traditional painting would manifest itself outside of his university studies. The style inspired by his encounter with non-figurative painting in Paris in the 1950s took the form of oil painting, which remained the painter’s principal medium. Therefore his work in ink, while continuously nourishing Chu Teh-Chun’s development, long played a secondary role.
In Pierre Cabanne’s 1993 book on the painter, oil paintings illustrating a retrospective of the artist’s career appear opposite recent inks dating from 1993. A photograph of the studio shows the artist and author looking at a series of ink paintings whose composition resembles that of the work in the Cernuschi Museum. However, while former have the spontaneity of sketches, the latter has a finished appearance – a final rendering borrowed from his oil paintings. This painting has had successive applications of ink. The splashes and areas of ink form masses around a slim fringe left empty. Inside this space, lines and dots, figures of concentration, or of opening up, convey the energy of the painting.