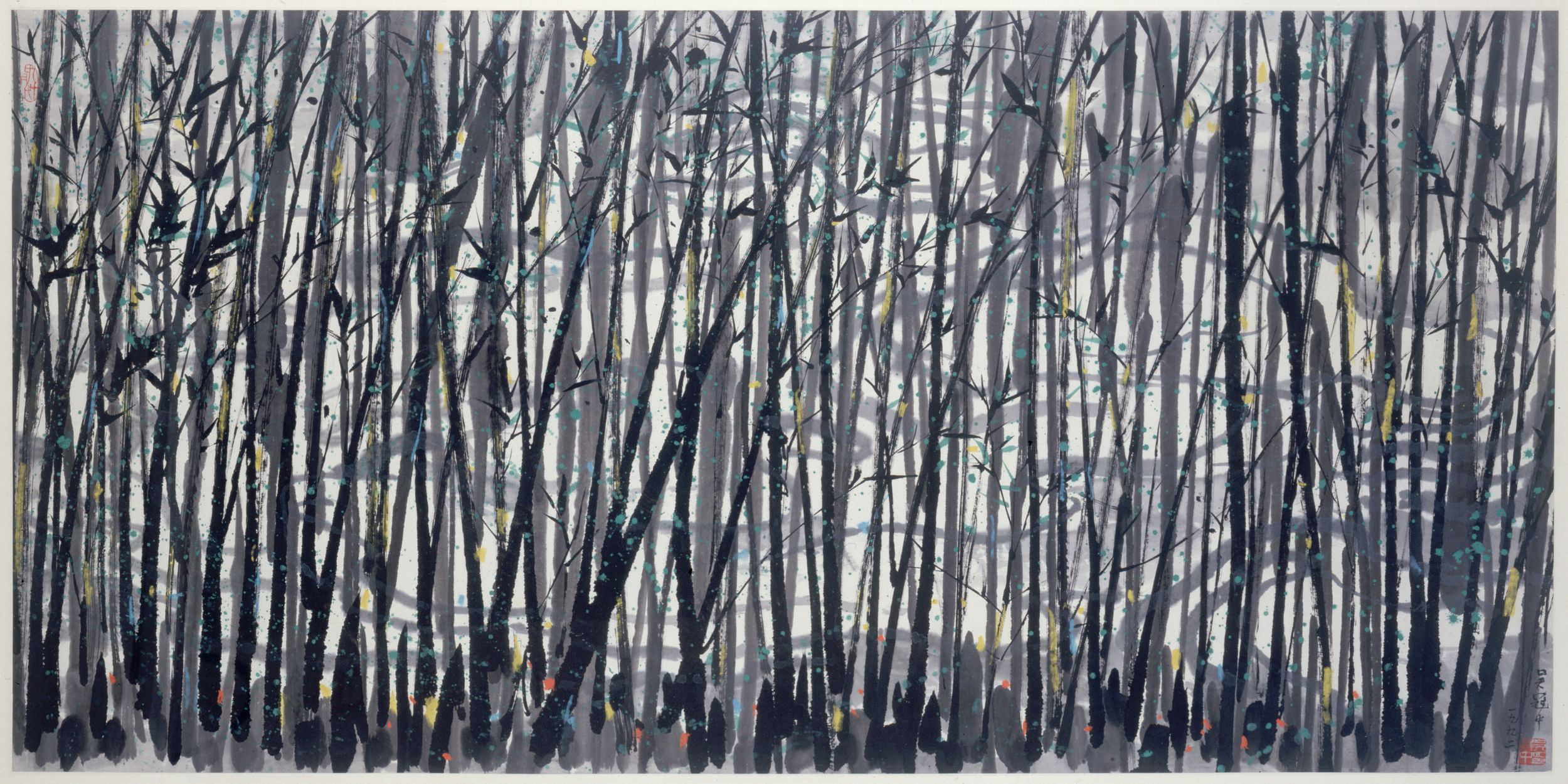 The work of Wu Guanzhong is made up of both oil painting, the preferred technique of his formative and mature years, and ink painting, which he had practised since his youth and to which he returned in the 1970s. For Wu Guanzhong, this change of medium had immediate aesthetic implications. Through ink, the artist established a rapport unconstrained by reality, a prerequisite for the artistic formalism that he set out in his writings. In the course of the 1980s, the development of these ideas led him to a progressively abstract rendering of forms.
The painting titled Bamboo Forest and Irrigated Fields, gifted by Wu Guanzhong to the Cernuschi Museum, was the culmination of this work. The painter’s radical approach consisted in superimposing two grounds, differing only in the density of the ink to convey distance. The undulating wash evokes ripples on water while the vertical lines suggest a thick forest. While the rhythm of the bamboo stems verge on abstraction, the characteristic shape of the bamboo leaves appears to suspend this process, to preserve the suggestive rapport with the subject depicted. Colour is projected in drops on the surface.
The work is executed in a similar style to that of a series of paintings from the early 1990s, which have the same horizontal format and composition of superimposed grounds. The monumental effect of Wu Guanzhong’s works, best achieved in his Banyan, is modulated in the Bamboo Forest and Irrigated Fields through its particular rhythm, reminiscent of certain masters of the classical tradition. The work was exhibited at the painter’s retrospective show held at the Cernuschi Museum in 1993.