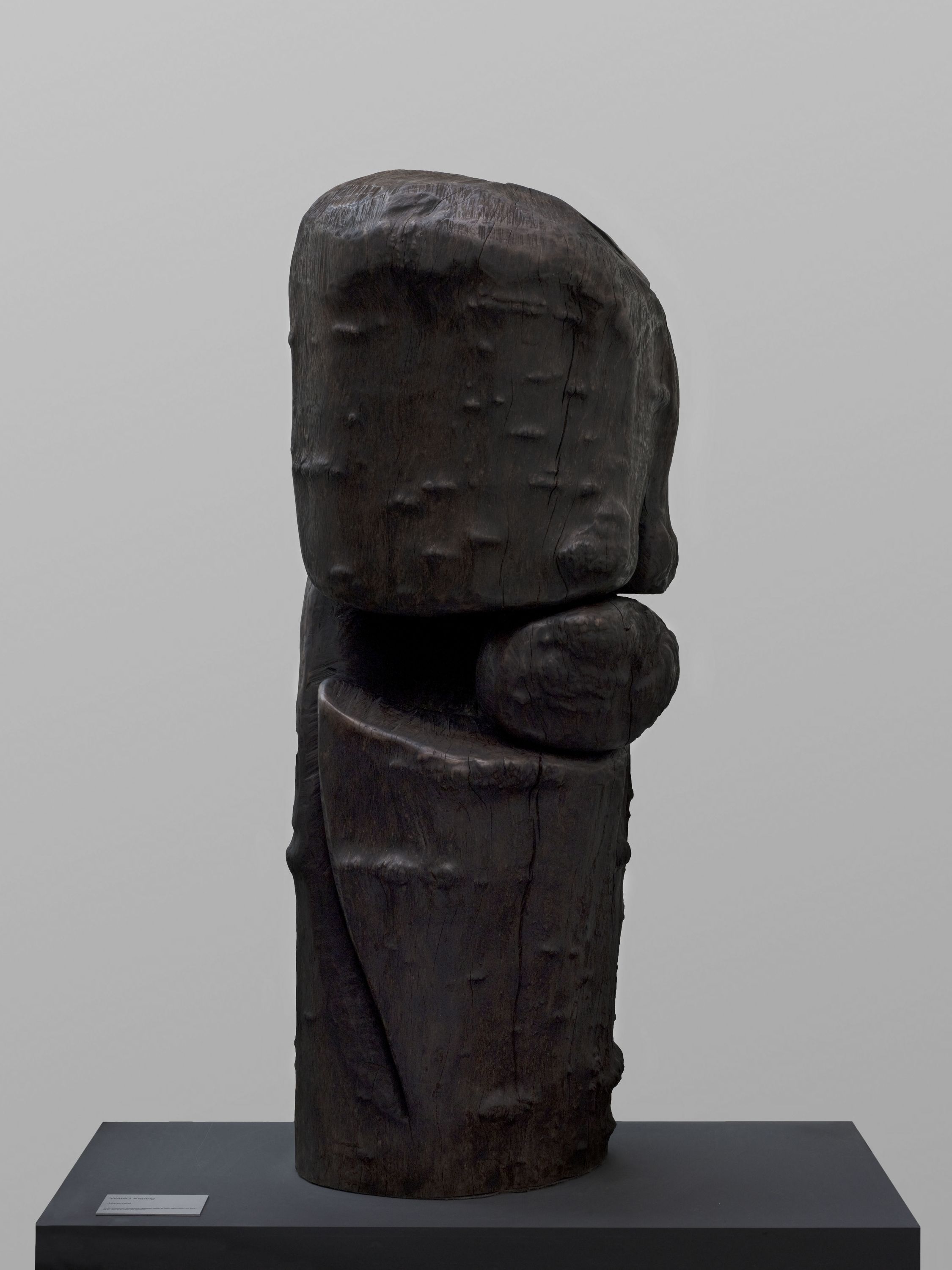 With this monumental work depicting a mother and her young child, Wang Keping evokes the intimacy of family life. The upper part of this barely trimmed wooden sculpture suggests the head and tubular body of the mother. The lower part, a child with a simply carved head and arms nestling against this body. This magnificent sculpture, typical of the Wang Keping’s work, reflects his perfect mastery in the art of evocation. Combined with his extreme simplification of form is his love of the material, which he enhances by bringing out its intrinsic character, colours and roughness.