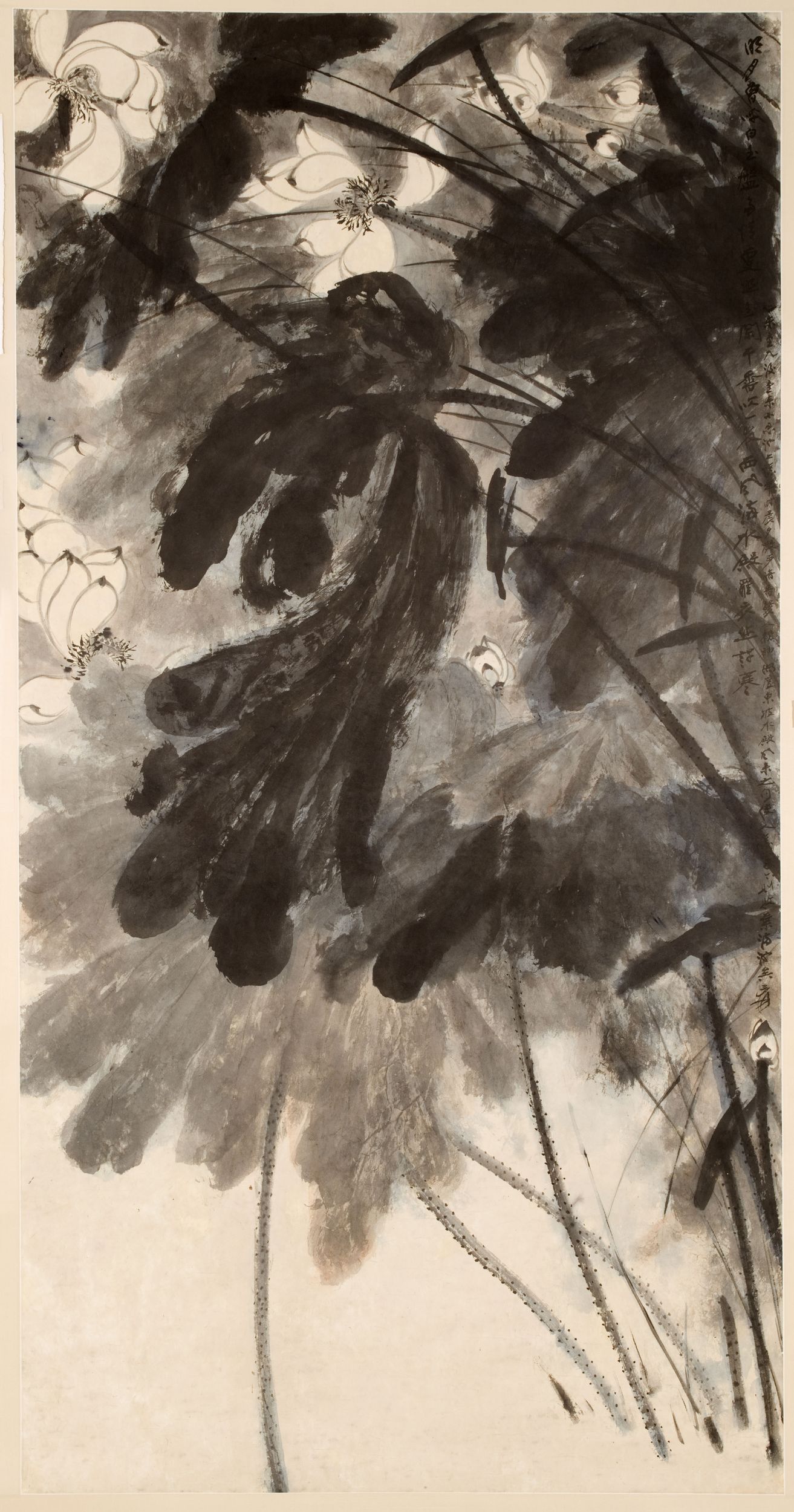 Lotus painting was one of the most fertile sources of experimentation in the work of Zhang Daqian. His models were inspired by the painting of Zhu Da, whose lotus depictions had an exceptionally monumental dimension. Zhang Daqian’s lotuses in monochrome ink dating from 1937 are typical of the manner in which he captured this monumentality to orientate it in another direction. After a stay in Dunhuang, where he studied and copied large-scale mural compositions, Zhang Daqian undertook to produce large-format works. This decision, applied to all of the painting genres he practiced, including landscape, would lead to his work between 1981 and 1983 on a view of Mount Lu. With lotus painting, however, he began experimenting with very large formats as early as 1945. These works were composed as polyptychs, in the form of parallel vertical scrolls or screens. He would create increasingly larger works in the course of his career.
Such monumental works are extremely complex on a technical level. The size of the inked surfaces calls for the use of special materials as well as the necessary technical mastery to maintain a balance between the spread of the ink and control with a brush. In this respect, it is quite possible that the ink and splashed colours technique that he introduced into his landscape painting from the 1960s were the result of his experiments with lotus painting since the 1940s. In the Cernuschi Museum lotus painting, dated 1955, colour still plays a discreet role, heightening the intensity of the ink. The contrast between the deep black of the lotus leaves and the white blossoms creates a luminous effect, prefiguring Zhang Daqian’s use of gilded paper in his screen compositions during the last years of his life.