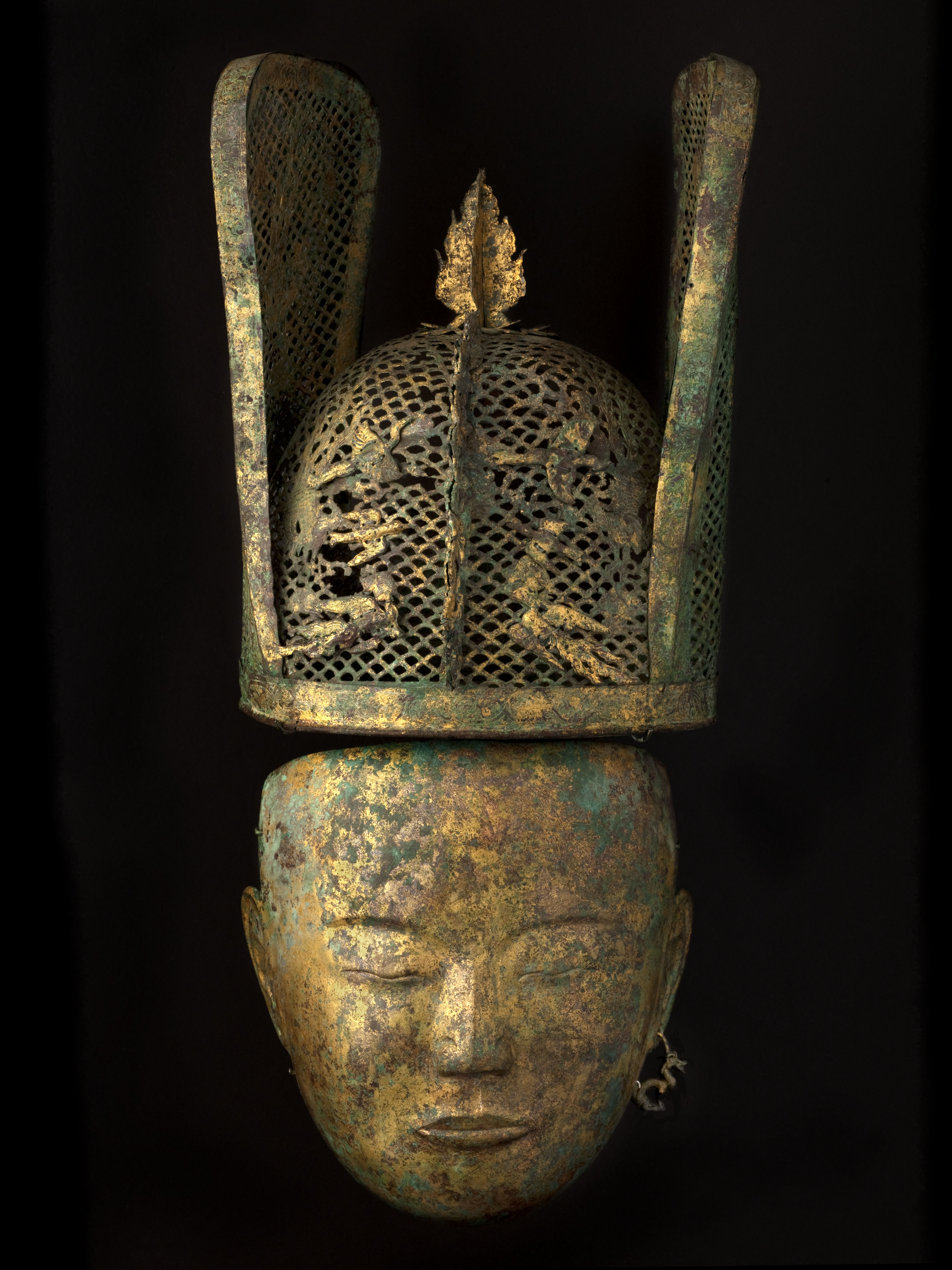 The composition of these two funerary adornments provide valuable information on the mode of burial in use among the Khitan elite under the Liao dynasty. The Khitan combined mummification of the body with an elaborate funerary costume comprising elements in metal. The official dynastic History of the Liao makes only vague mention of these funerary accessories, referring to them simply as “objects covering the body”.  Two tombs discovered in the 1980s have revealed bodies sufficiently well preserved to verify and complement the rare details mentioned in certain ancient texts.
Each of the Cernuschi Museum masks was made from a single sheet of hammered bronze, which was carefully polished before being gilded. Funerary masks are by far the most frequently found elements during excavations. They feature certain delicately incised details. The closed eyelids form an elegant curved line. Perforations at the edge of the mask enabled it to be attached to a net shroud made of metal thread. The ear lobes must have been adorned with earrings, a single one of which, in the form of a feline, is still in place on the woman’s mask. The wearing of earrings, particularly fashionable under the Liao, was not specific to the Khitan and, contrary to a widely held opinion even at the time, was very much in vogue in the neighbouring Song empire. Funerary headdresses are found much more rarely; few of those made of fabric must have survived. Each of the Musée Cernuschi masks is combined with a gilded metal headdress made of threaded-together openwork plates.
The woman’s headdress, in gilded bronze, is flanked by high vertical wings, set on a head band with a foliate design similar to that of a headdress that was found in Ar Horqin Banner, and features a decoration of carefully incised phoenixes among clouds. The aggressive pose of the phoenixes is characteristic of the Liao dynasty but hard to attribute to a specific phase. Three similar forms of headdresses have been found during excavations, two in gilded bronze, the other in silk. There is no known precedent for this type of headwear to date.
The stylistic characteristics of this rare funerary ensemble date it to the first quarter of the 12th century.