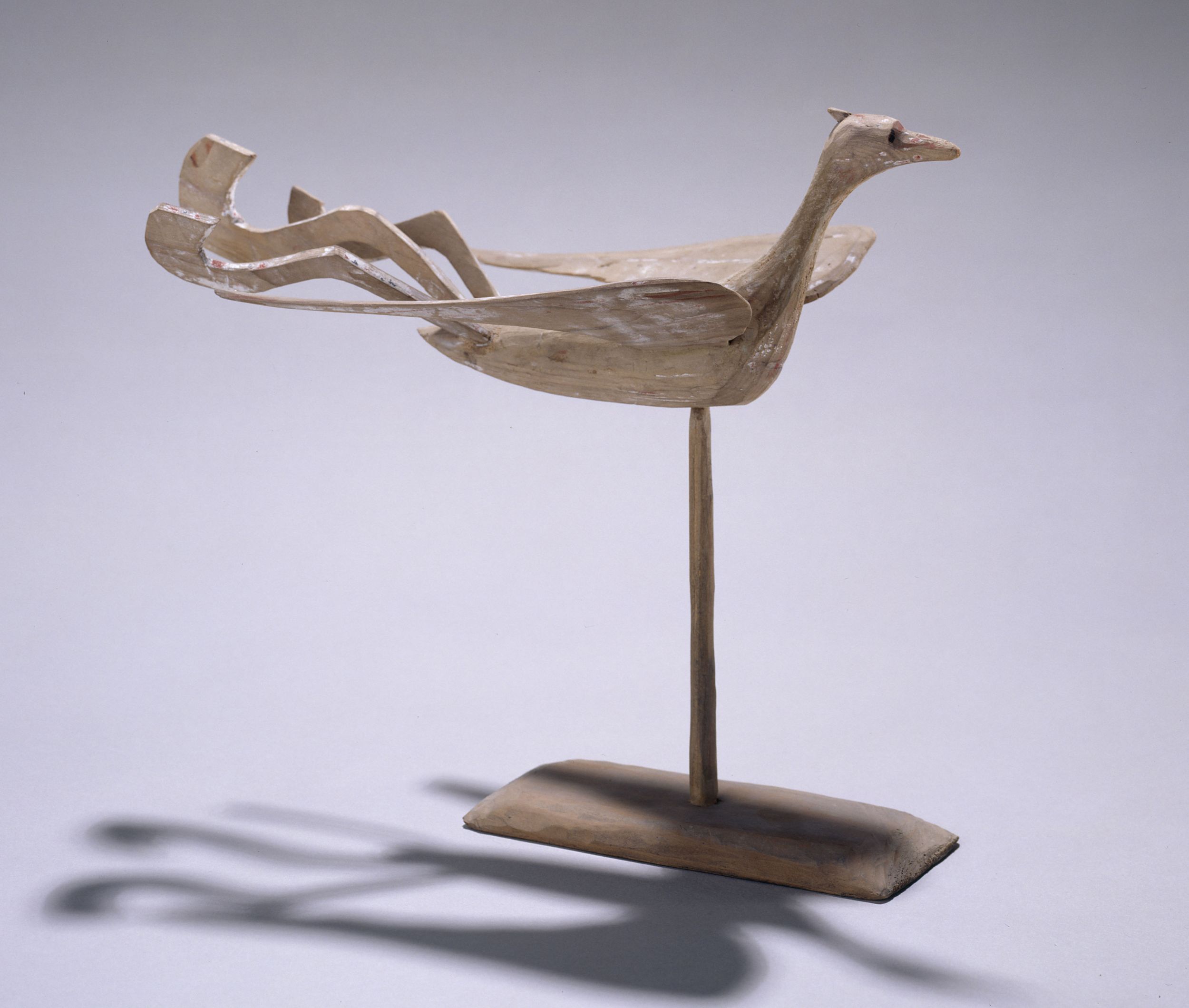 The stylised bird, with spread wings and tail, is set, as if in flight, on a small rod wedged into a plaquette terrace. Its original position and function remain unknown.
The very pale wood, which has become extremely lightweight over time, has retained only a few traces of colour, white, red and black. All the elements, wedged into slits, were removable; they have been lightly fastened for safety.
The phoenix bird has been an important symbol since ancient times. In the Warring States period (5th-3rd centuries BC), a rather mysterious object is found: a bird with spread wings, set on a column in a basin, the niao-zhupan, which, word-for-word, means, “bird-column-basin”. Once filled with water, the ensemble may have served as a mirror, a magical evocation of the Isles of the Blessed, the Taoist mountain-island of immortality in the Eastern seas. When made of clay, it usually served as a lamp.