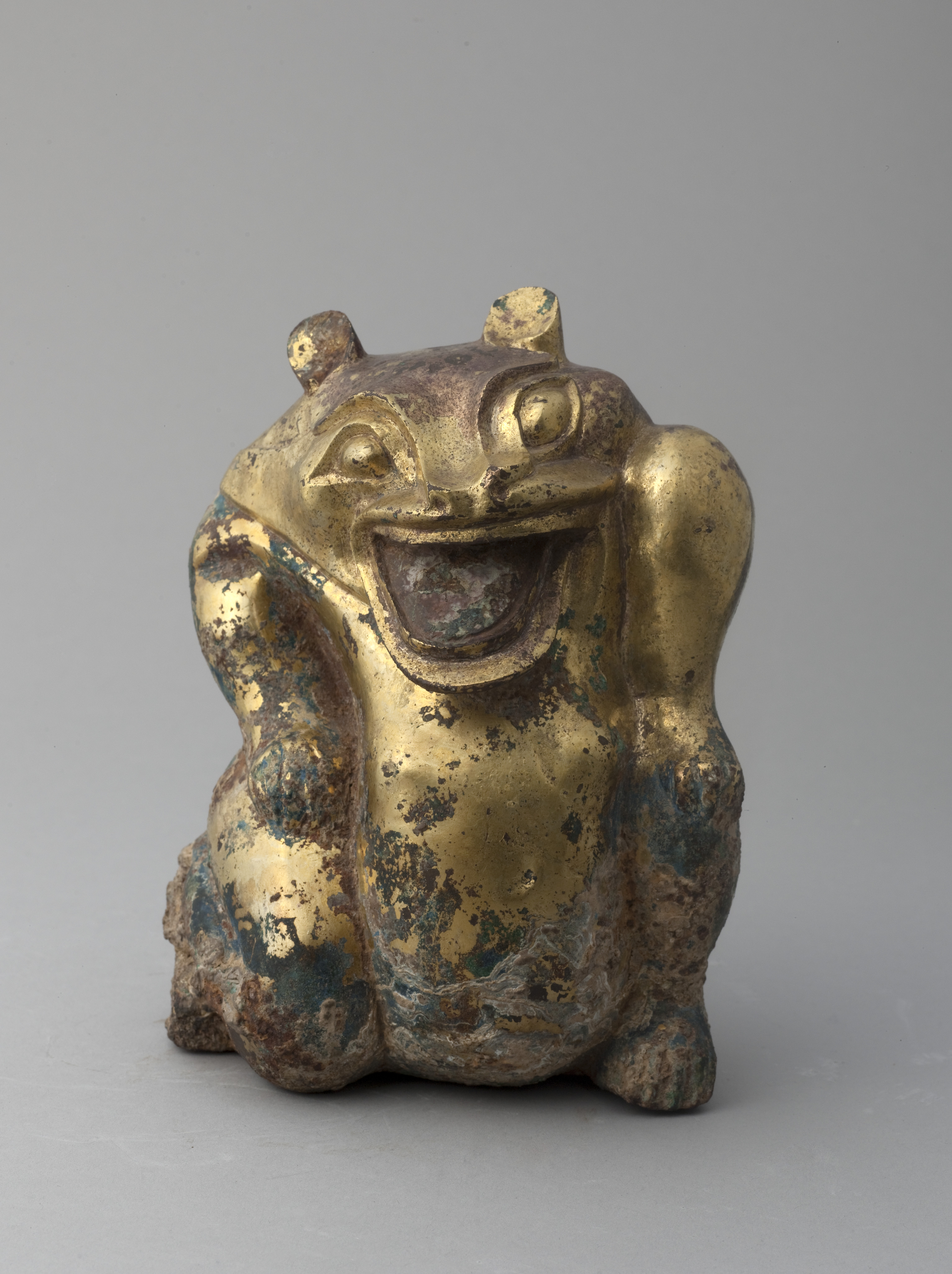 In Chinese, the word “bear” (xiong) is, with a change of tone, a homonym of the word for “heroic” or “powerful”. This, with the animal’s shape and size, meant that special powers were attributed to bears in the Han period. Chiyou, a god of war, had a bear’s head. In the time of the First Emperor (221-210 BC), bears lived in the wild in the imperial parks, “supreme forests” (shanglin) that were designed as microcosms. The bear was also associated with immortality. Its sudden appearance in iconography appears to correspond with the reign of Wudi (r. 140-87 BC) and may relate to the emperor’s interest in the quest for immortality. The bear is therefore a frequent theme in Han dynasty iconography. Bronze supporting structures and weights in the shape of a bear have been found. Bears feature among animals in depictions of the Isles of the Immortals (or Blessed) (in lei-type vessels or incense burners) and on stone reliefs, for example in the famous Wu family shrine in Shandong.