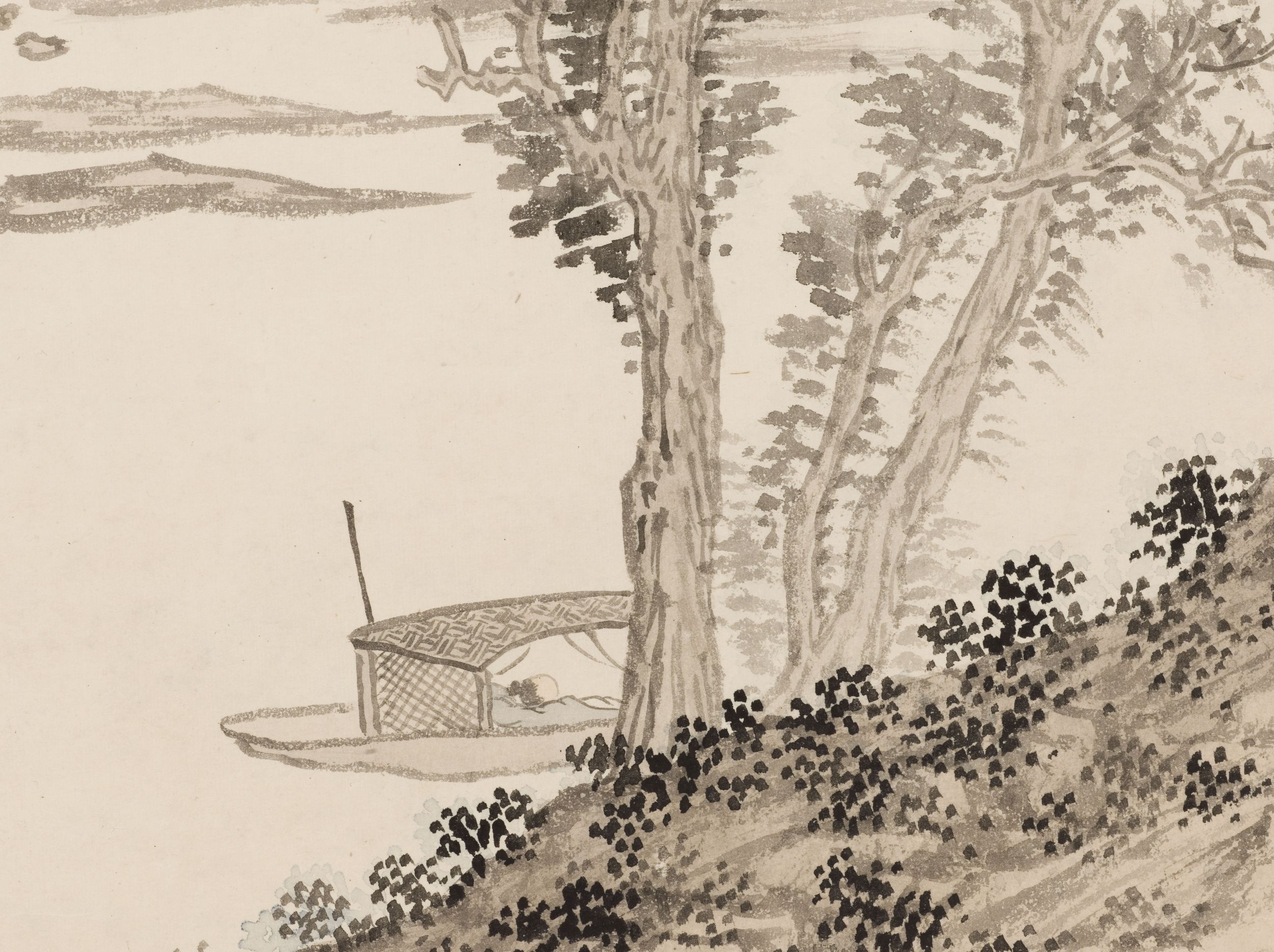 Pu Ru, better known by his courtesy name Pu Xinyu, was born into an old imperial family. He was a descendent of Prince Gong (1833-1898), who had exercised a prominent political role in the late 19th century, and a cousin of Pu Yi (1906-1967), the last emperor. In his youth, he received the lettered education given to Manchu princes. After the fall of the empire, he retired to the Jietai temple  戒臺寺 near Bejing, until the early 1920s. He began to devote himself to painting in this period. The practice of calligraphy and the study of old paintings played an important role in forging the style of Pu Ru, who recognised no master other than the old masters. He soon gained renown as one of the leading painters of the Beijing art scene in the 1930s. He lived in the capital during the war, but left the city for Hangzhou in 1946. In 1949, he settled in Taiwan, where he was considered one of the foremost representatives of traditional Chinese painting along with Huang Junbi.
This landscape is illustrative of Pu Ru’s relationship with the past. Besides the masters of the Southern Song, the painters of the Wu school were his main sources of inspiration. He collected their works and often alluded to their style in his compositions. In this work, the reference to Wen Zhengming appears in the form of a poetic tribute. In the painting per se, while the large trees could be seen as a nod to the work of Wen Zhengming, the elliptical drawing of the mountains dotted with small dabs of the brush had long been part Pu Xinyu’s stylistic vocabulary.