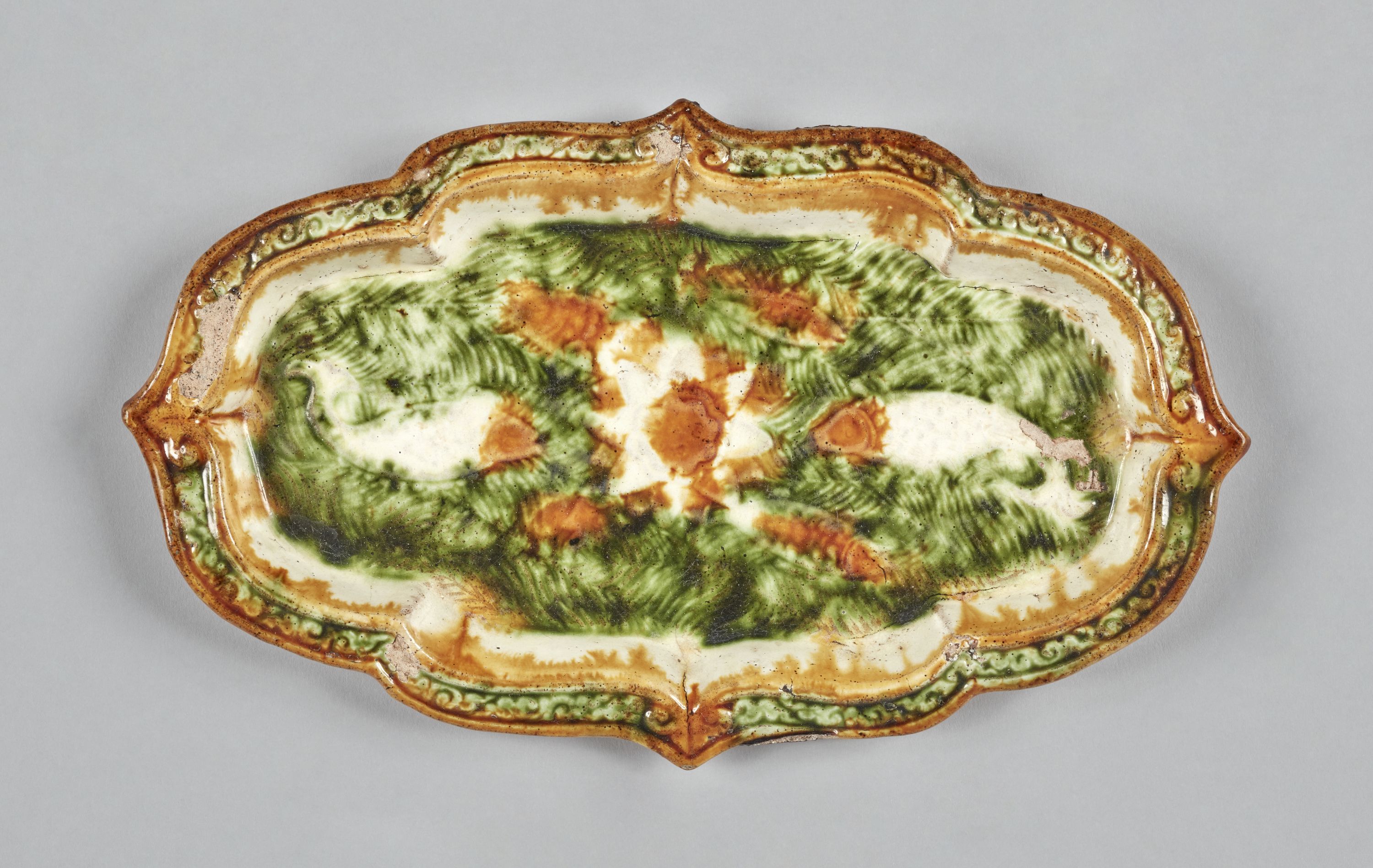 The sharply defined form and edge of this apple-blossom-shaped dish are borrowed from silverware. This piece was moulded and finger marks are still visible on the flat base. The base is unglazed and reveals the dark beige colour of the clay. The runny, brilliant glazes were applied over a white slip, heightening their luminosity. The printed motifs, blurred by the running glaze, are of fish swimming around a central lotus flower. A small number of these dishes are known, mostly depicting a peony with two butterflies. Dishes with fish are less common. Other motifs are rare. Several kilns in Inner Mongolia produced this type of dish: the kiln in Nanshan, near the Supreme Capital of the Liao, made wares of mediocre quality. The kiln at Gangwayaotun in the Chifeng district, however, made high-quality pieces that were fired up to three times: one for the body, the second for the slip and the third for the glaze. The items were fired inside saggars and on tripod stands, which have left their marks. The absence of such marks on the Cernuschi Museum piece suggests that, despite its quality, it came from a different kiln. Most of these three-colour ceramics were found in tombs and appear to have played an essentially funerary role. One was discovered in the tomb of Xinmin, datable to around 1057 by a cockscomb-shaped gourd. These glazed wares appear to have been specific to Liao ceramic tradition: there is no continuity with respect to the three-colour wares of the Tang period.