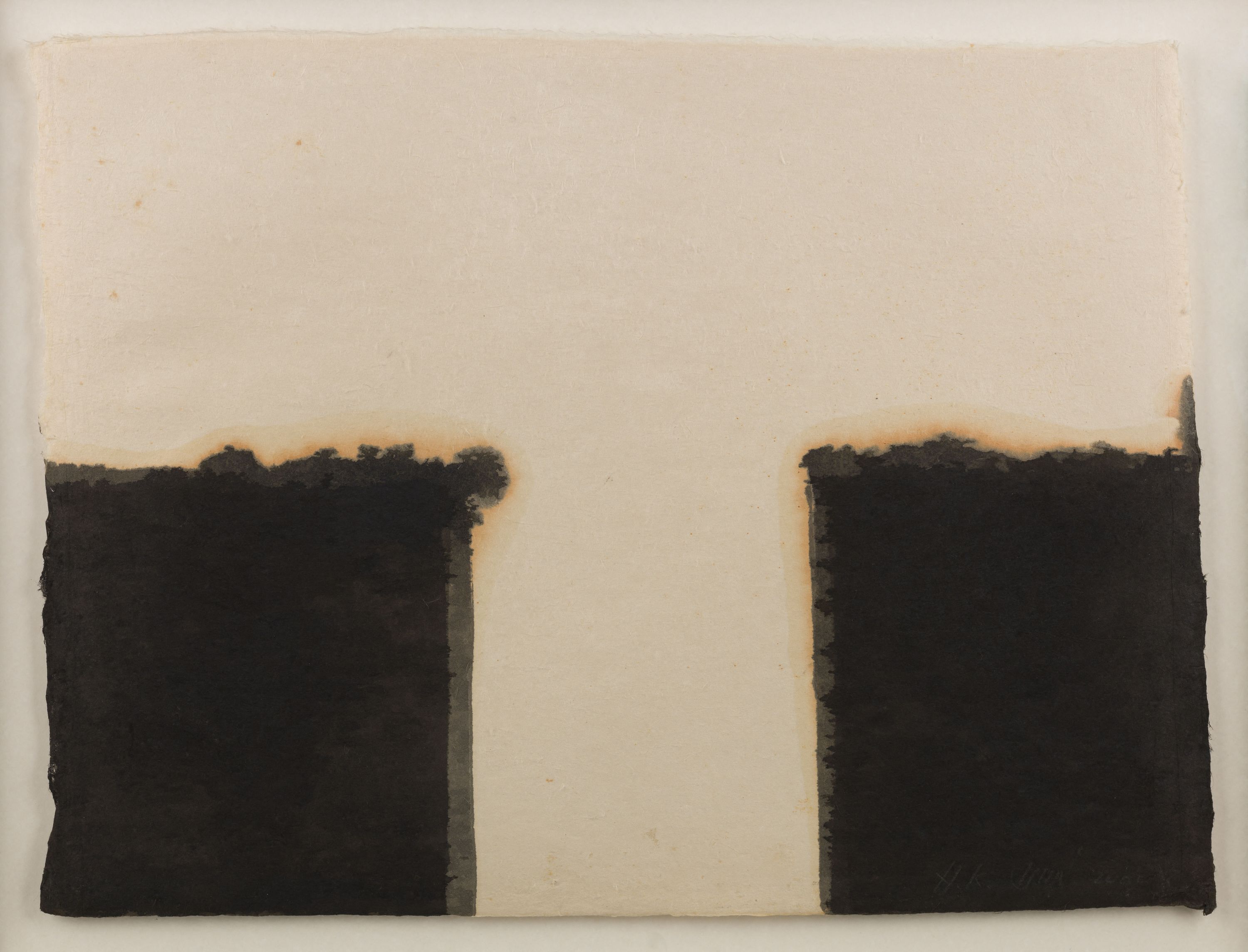 Yun Hyong-keun (1928-2007) belongs to the first “emancipated” generation of artists to have benefited from the reopening of universities after the Japanese occupation. However, he was not prominent in the effervescence that marked the art scene in the 1950s in Seoul. His name came to the fore in the 1970s, when his abstract work was associated with the monochrome painting that was flourishing at the time. Korean critics hailed this movement, known as Tansaekhwa (Dansaekhwa), as the first abstract and contemporary style expressing a national ethos.
The artists of this movement were expressing common concerns relating to the question, inherited from the traditional arts, of the physical and mental role of artists in the realisation of their work, and an interest in the material itself, contradicting a purely pictorial and two-dimensional treatment of the canvas. In the work of Yun Hyong-keun, these qualities were expressed in the use of pigments, usually ultramarine and burnt sienna, diluted in turpentine and applied in very damp layers to the unprimed canvas or paper. The paint soaked into the fibres, softening the severe geometry of the canvas in a halo effect partly left to chance. The artist also incorporated a cosmological dimension in his painting that was recurrent in the work of his fellow artists in Korea, seeking to recreate microcosms through the combined use of ultramarine and sienna, which symbolised the union of water and earth.
Yun Hyong-keun’s growing renown did not prevent him from coming to Paris to complete his training at the Académie de la Grande Chaumière, between 1980 and 1982. Twenty years later he returned Paris for a few months on the occasion of a gallery exhibition for which he produced this work on paper.