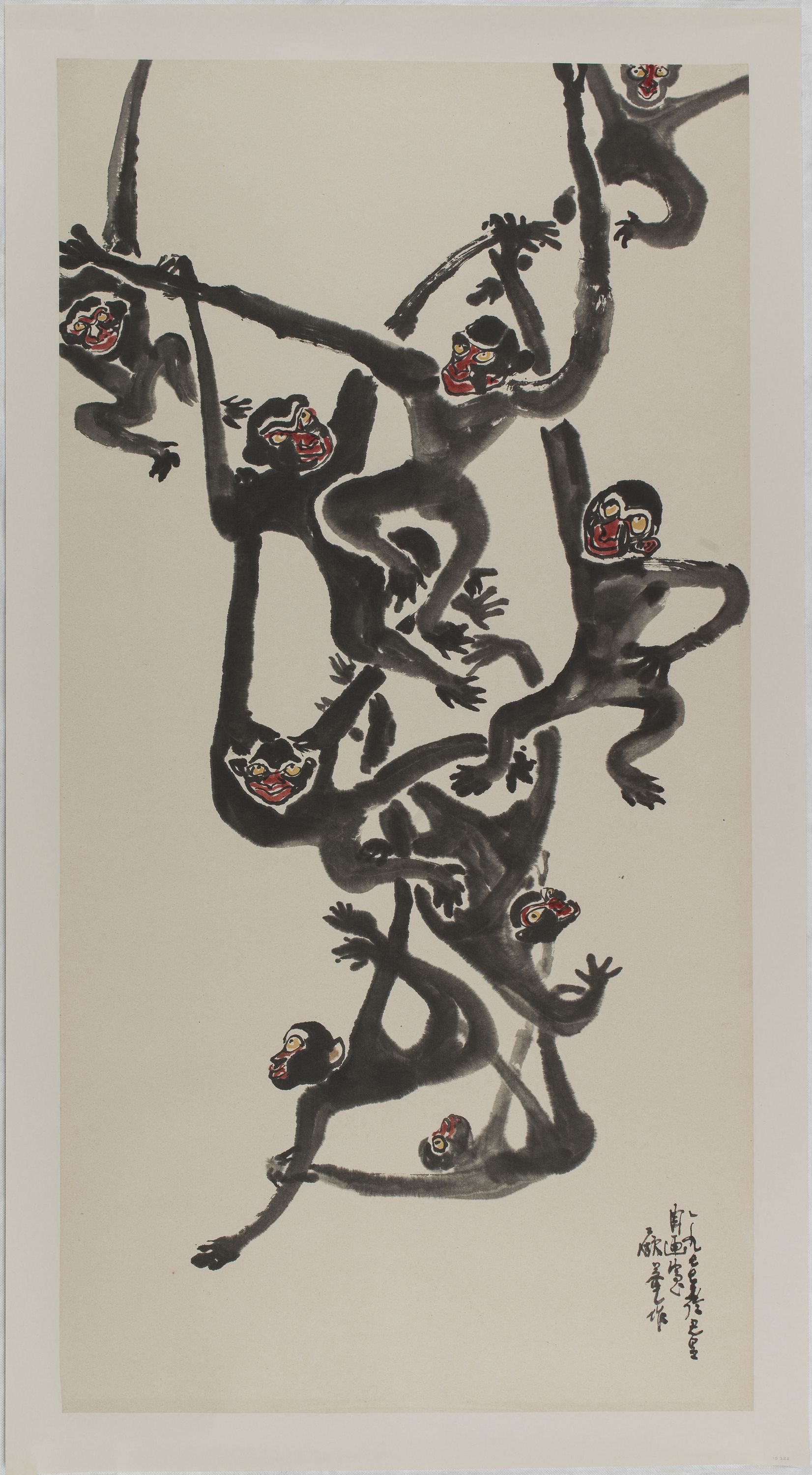 The foundation of the Académie de Peinture Orientale de Paris marked the birth of a school of Franco-Korean painting, which remains active to this day.

Lee Ungno (1904-1989) contributed to the foundation and development of contemporary Korean art from the 1950s, and is also a major representative of the artistic exchanges between Korea and France. The founding in 1964 of the Académie de Peinture Orientale de Paris, with the support of Vadime Elisseeff, director of the Cernuschi Museum at the time, enabled him to bring the basic notions of ink painting to the West and to train hundreds of students, some of whom went on become artists or collectors.
During his lessons, some of which took place in the museum’s library, between 1971 and 1988, he taught his students the mastery of line and the painter’s tools, ink, paper and brush. The rest of his teaching was devoted to principles of composition and to learning how to look nature in such a way as to reinterpret it.
His work Les Singes (Monkeys), 1977, illustrates this quest to achieve a balance between the depiction of a real referent and formal experimentation, here characterised by the repetition of modules and the enhanced graphic and decorative dimension of the monkeys. This taste for swirling lines and bright colours also characterises works he executed in his studio in the late 1970s, pointing to a dialogue between his most personal works and those made for the Académie de Peinture Orientale.
This painting is one of a series of demonstration works executed in the museum rooms and donated to the museum in the early 1980s. This donation founded the museum’s collection of Korean paintings and the Lee Ungno collection, which today comprises 130 works.