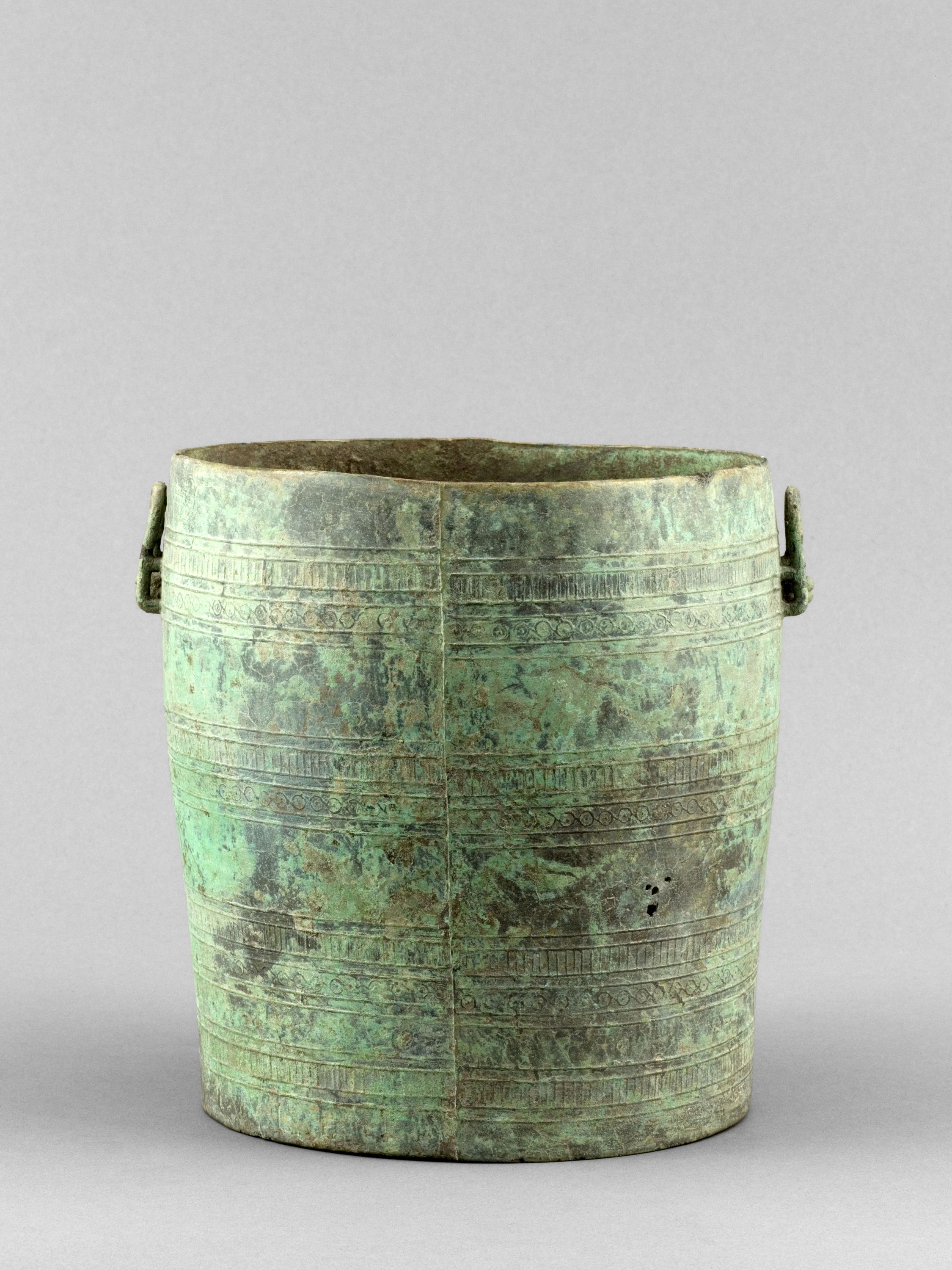 This type of bronze vessel is called a situla, a Latin word meaning bucket or urn, originally used for objects from various European and Mediterranean cultures. This vessel is termed a situla because of its similar shape and, especially, its decoration of horizontal bands. In Vietnamese, this kind of object is called a thạp.
This container may have been used to preserve foodstuffs, perhaps liquids because it originally had a convex lid with small horizontal handles enabling it to be attached to the two vertical handles on the body with small cords or chains. The lid of this thạp has been lost or destroyed during its burial, but all thạp situlae appear to have had one.
This situla is decorated with four horizontal bands of geometric motifs in low relief. Between the plain fillets are two types of friezes: one of vertical hatching and one of circled dots connected by tangents. This type of decoration is found on various bronze objects from the Đông Sơn culture: thạp and thố situlae, drums, weapons and jewellery.
A vertical line in light relief, where the decorative bands do not meet, divides the vessel into two halves. This long join, extending across the base of the vessel, indicates that the situla was cast in a two-part mould. Small holes in an area where the wall is thinner may have been caused by air bubbles or impurities in the molten metal.
Other thạp situlae feature a decor of canoes containing men wearing a tall feather headdresses. On the lid of a situla found in Đào Thịnh and kept in the National Museum of History in Hanoi, two figures in relief are depicted engaged in sexual intercourse. Such details suggest that these vessels were precious objects used in rituals related to fertility, then placed in the tomb of the deceased person, as tangible signs of their social rank.