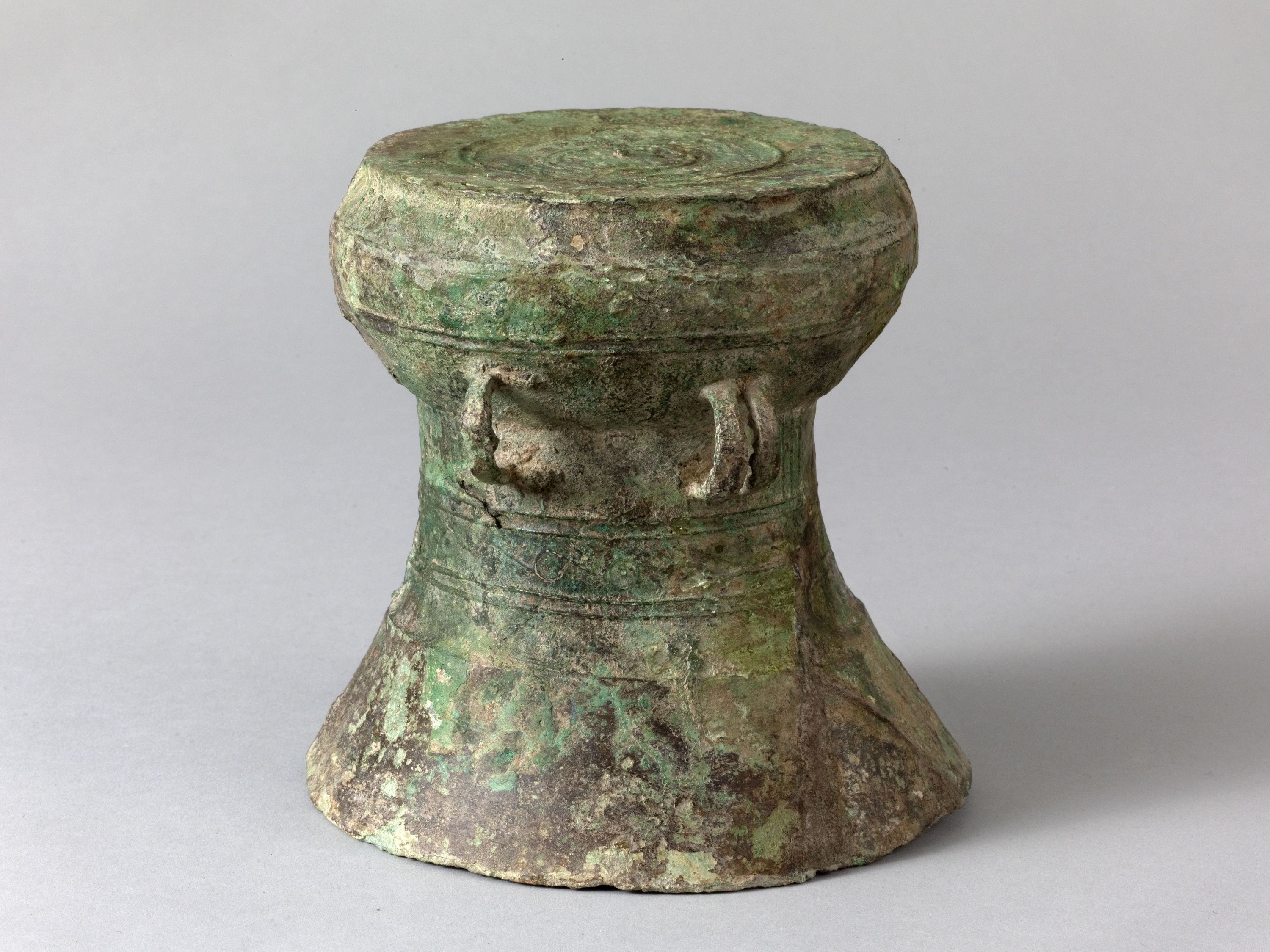 This miniature drum, a trống, has the shape of the drums that are characteristic of the Đông Sơn culture, and gives an idea of the original shape of the drum M.C. 8006-A, of which only the head has come down to us. Described as a Heger I-type drum, according to the first classification of drums from Southeast Asia devised by the Austrian ethnologist Franz Heger in 1902, its shape is divided into three parts: a flared base narrowing in the cylindrical central section, then a torus, or bulging element, supports the head. At the join between the torus and the central cylinder, small semi-circular handles enabled the large drums to be suspended. Entirely hollow, they were in this way tilted, lifting the base off the ground so that the drum could serve as an open resonance chamber enabling the sound to spread further.

The drum’s decoration, simplified because of its small size, borrows from the motifs found on the large drums: on the head, around a central, eight-point star, four highly stylised birds in profile fly in a clockwise direction. On the torus and base, hatching and circled dots connected by tangents are still just visible.
Drums and miniature thố situlae are found in tombs in northern Vietnam dating from the 3rd century BC to the 2nd century AD. This practice may have emerged under the influence of China, where, starting in the Eastern Zhou period, the most precious objects were replaced by substitutes that were smaller in size or made of less costly materials.