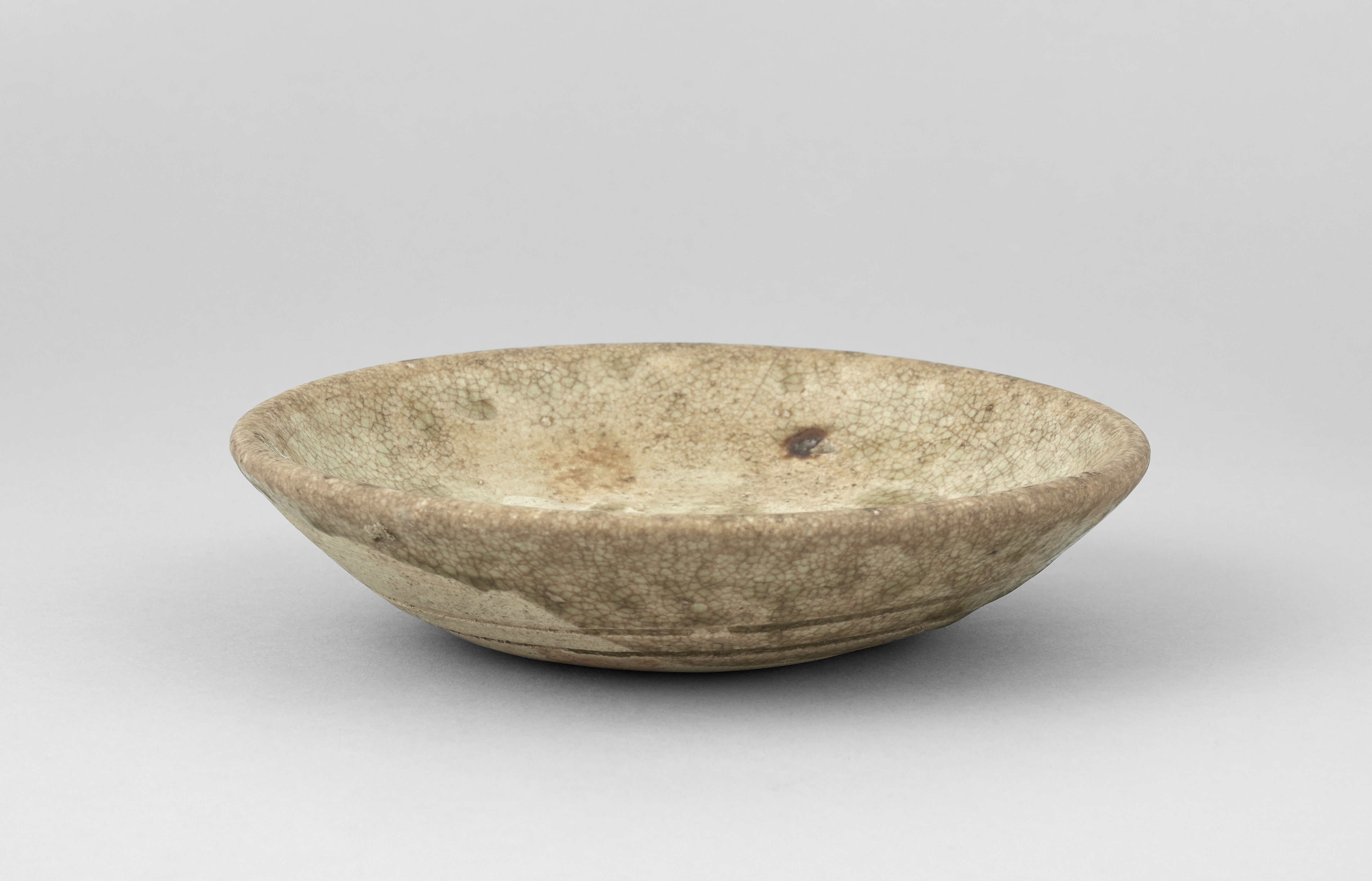 The decoration of this wide, shallow cup is characteristic of the An Ham period, combining aesthetic criteria with production constraints. The inside features geometric motifs obtained by blanking out areas when the glaze was applied. The exterior of the foot was also left bare, revealing the whiteness of the clay. These unglazed areas enabled several pieces to be piled up during firing, to save space in the kiln. The glaze adhered neither to the foot of the cup below nor the bottom of the cup above, enabling them to be separated after firing. Small balls of iron-oxide-rich clay were placed between two pieces in the blanked out spaces. During firing, the iron in the clay partially tinted the blank white areas an orangey colour. The coloured areas on the cup, varying subtly between the green glaze, the exposed white colour of the clay and the orangey tint of the remnants of the small separating balls produce a sort of stylised flower with a spiral centre on the bottom of the cup.