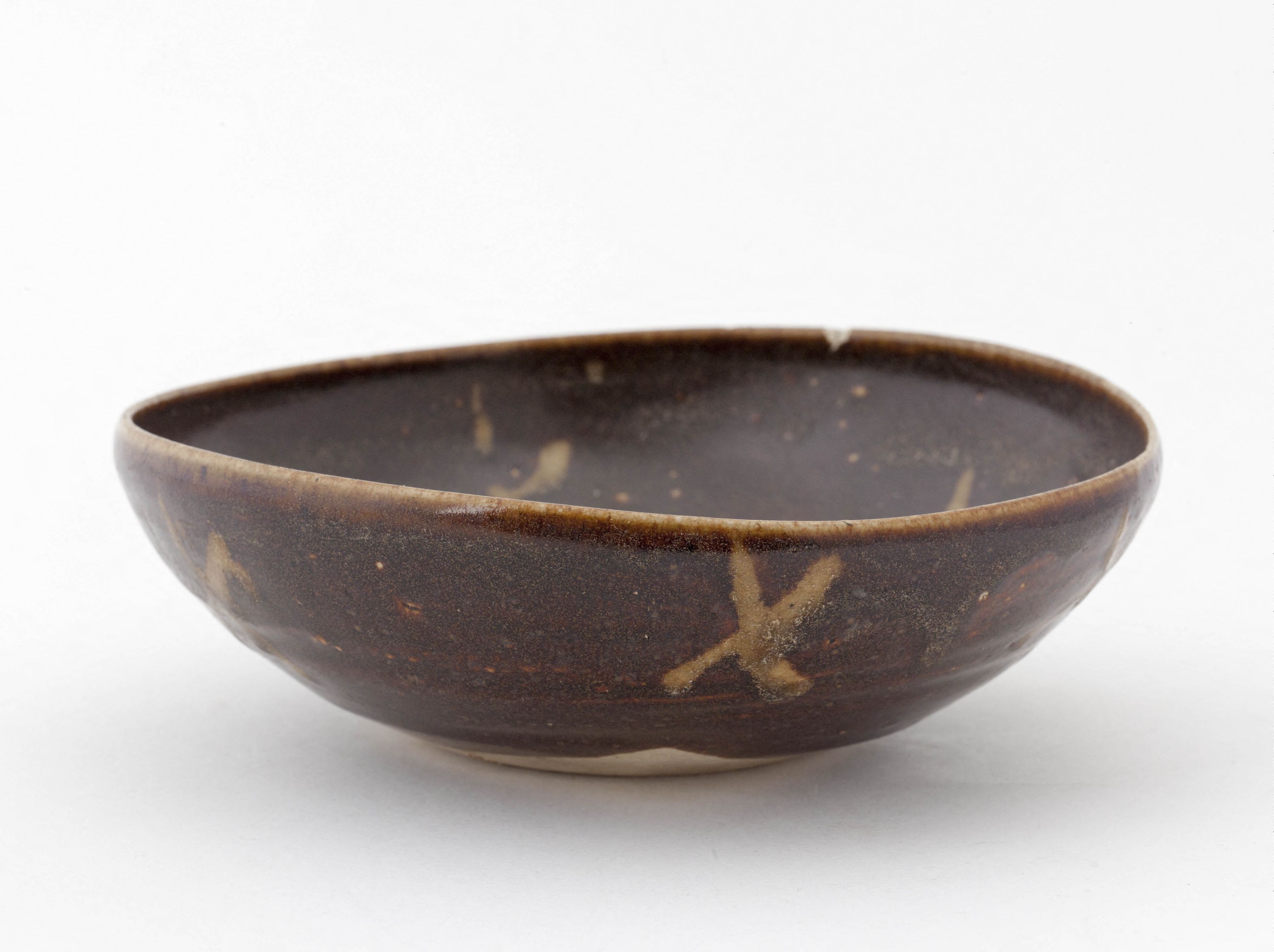 From the Chinese Song dynasty (960-1279) onwards, the custom of tea drinking developed and came to lie at the heart of an aesthetic known as “tea culture”. Gatherings where tea was served also involved the contemplation of a garden, a painting or beautiful object. The aesthetes would drink out of three types of bowl: white bowls, green bowls and black bowls. This Vietnamese bowl shows the influence of the Chinese taste, for brown glazes were very popular, along with the white and green ceramics. But slight imperfections in the firing were characteristic of Vietnamese works: the bowl is not perfectly circular, and air bubbles have roughened the surface of the clay. Yet the piece was not rejected. Five kiln prop marks are visible in the bottom of the bowl. The glaze was applied vigorously, leaving the foot largely untouched. Unlike Chinese ceramic ware, this dish was decorated with a highly stylised motif repeated six times inside the bowl and five times on the exterior. This motif, sometimes called “chicken-foot” in Western literature, appears more likely to have represented a plant, perhaps the persimmon, a small yellow flower with four petals.
The motifs were painted with an engobe that did not react like the clay because the brown glaze applied over the whole surface turned deep brown over the clay but ambery yellow over the engobe. The brown glaze took on its warm tone when fired in an oxidising atmosphere.