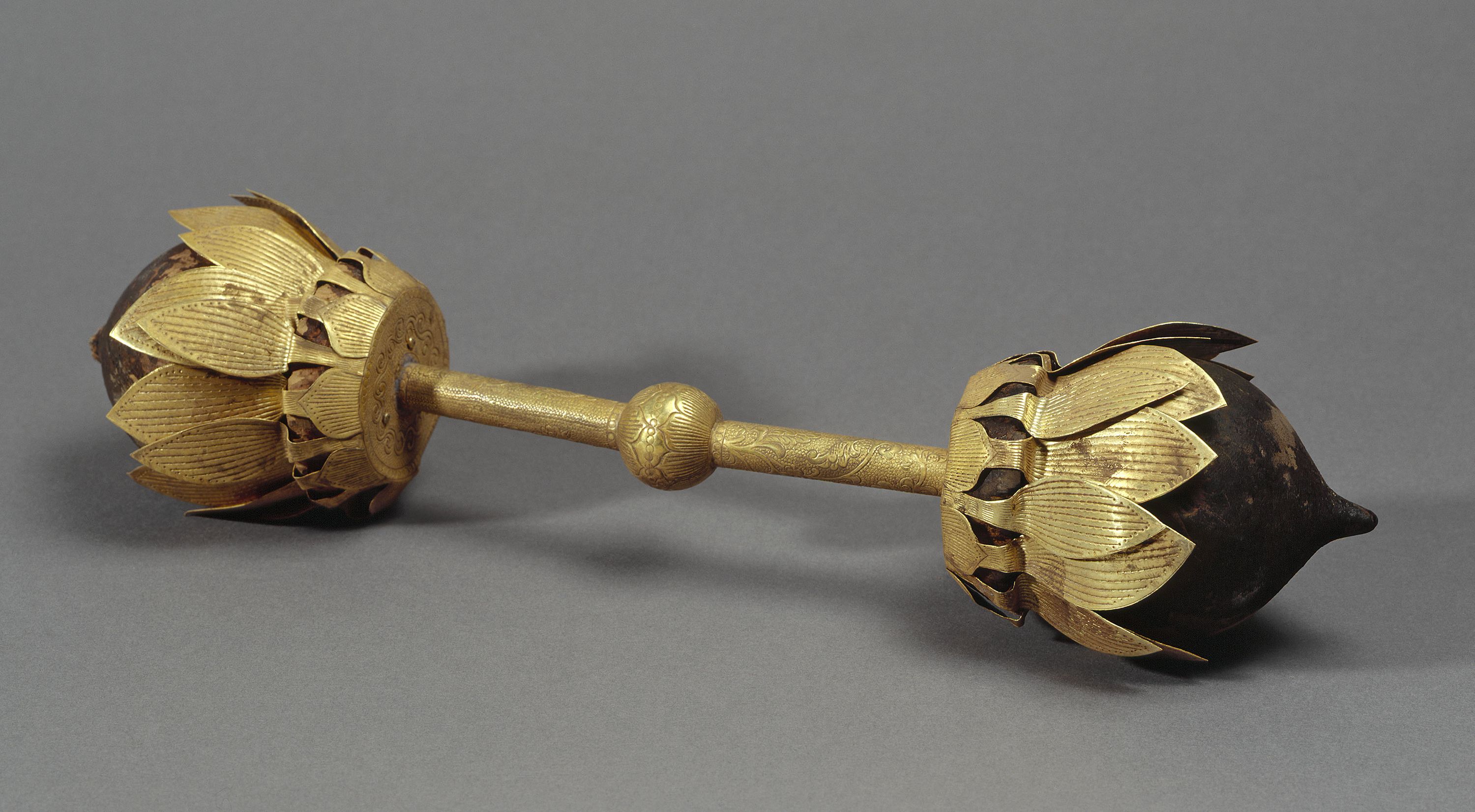 These two Buddhist instruments of worship in gold, no doubt forming a pair, can be dated to the 10th century. Each is made up of a tube with a sphere marking the middle. At each end of this rod is a corolla of eight lotus petals, to which is attached on slender stems a second row of slim, tapered petals, each individually cut. From this delicate crown curiously emerges a wooden lotus bud, which still bears traces of preparatory coats, suggesting that it was originally painted. The metal elements are incised: a delicate Tang-style floral motif on the tube, lotus petals on the sphere, simple lines on the corolla and flower. The liturgical function of these rare pieces, probably part of a larger set of religious objects, remains enigmatic. A ritual related to Amitābha or some deity from his kula, perhaps from a very localised school whose doctrine did not spread far, seems a likely hypothesis. Despite the absence to date of directly comparable pieces, their stylistic characteristics suggest they were made in the 10th century. They brilliantly illustrate a still mysterious aspect of the many forms of Buddhism in the territories controlled by the Khitan empire.