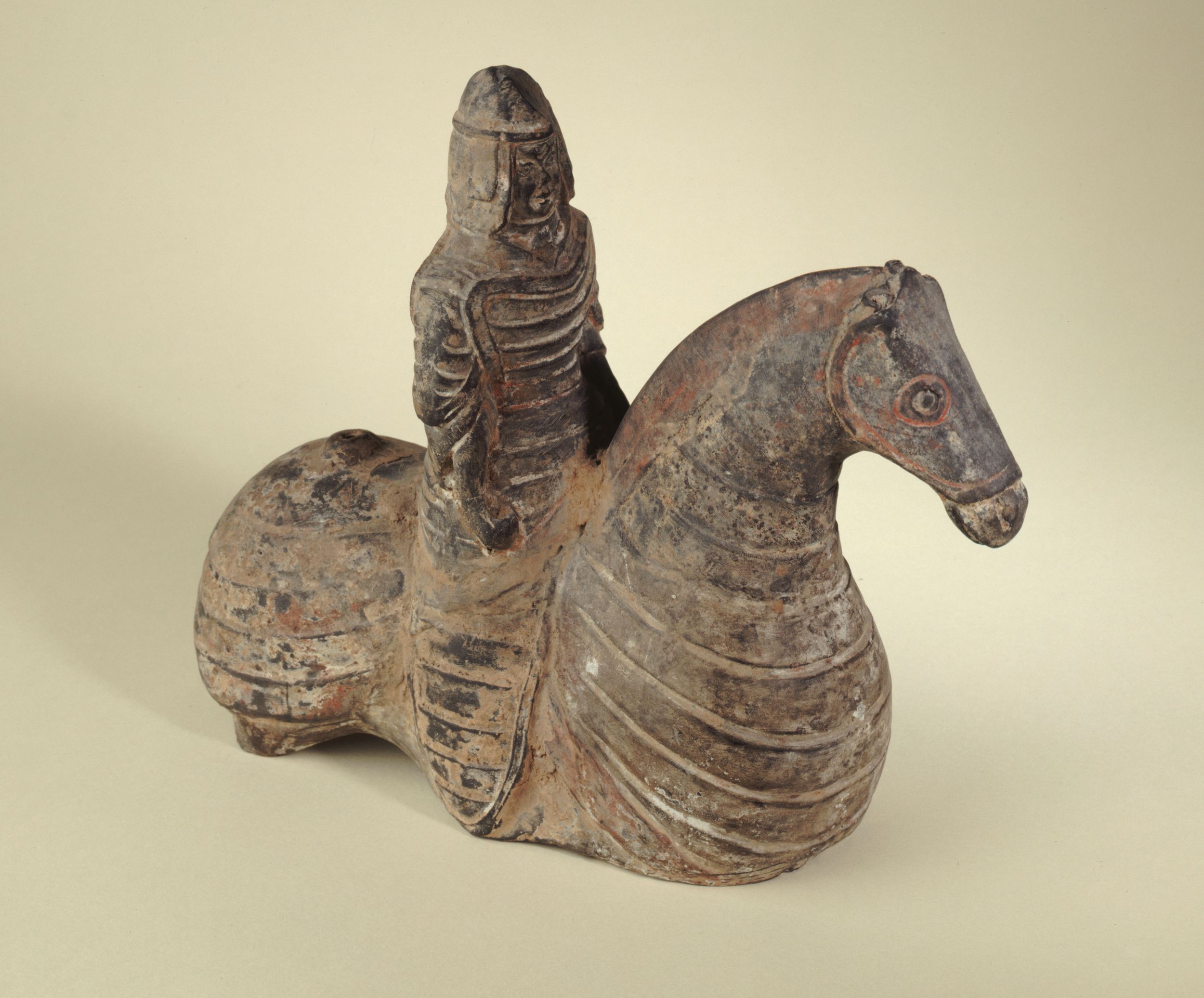 The custom of accompanying high-ranking deceased persons with statuettes of armed men endured in the Six Dynasties period. Several horsemen, elements of a light cavalry unit, were found among the 454 grave goods in the tomb of Sima Jinlong (Datong, Shanxi). This prince, who died in 484, occupied important civil and military functions under the Northern Wei. The Dunhuang murals, particularly the south wall of Grotto No. 285, also feature horsemen in battledress.
Contrary to heavy Western armour derived from ancient armour, the Chinese developed the technique of flexible armour in leather, perfectly adapted to the fast movements of the cavalry. The horse was protected with a series of partly mobile platelets or scales sewn together in wide horizontal bands, clearly visible on the mingqi in the Cernuschi Museum. The horseman also wears a flexible breastplate. A special element covers the horse’s head.
In keeping with a technique that was very common in the Han era but rarer in the 6th century, only the upper part of the statuette was moulded. The horse’s feet and the horseman’s spear, made of wood, have been lost.