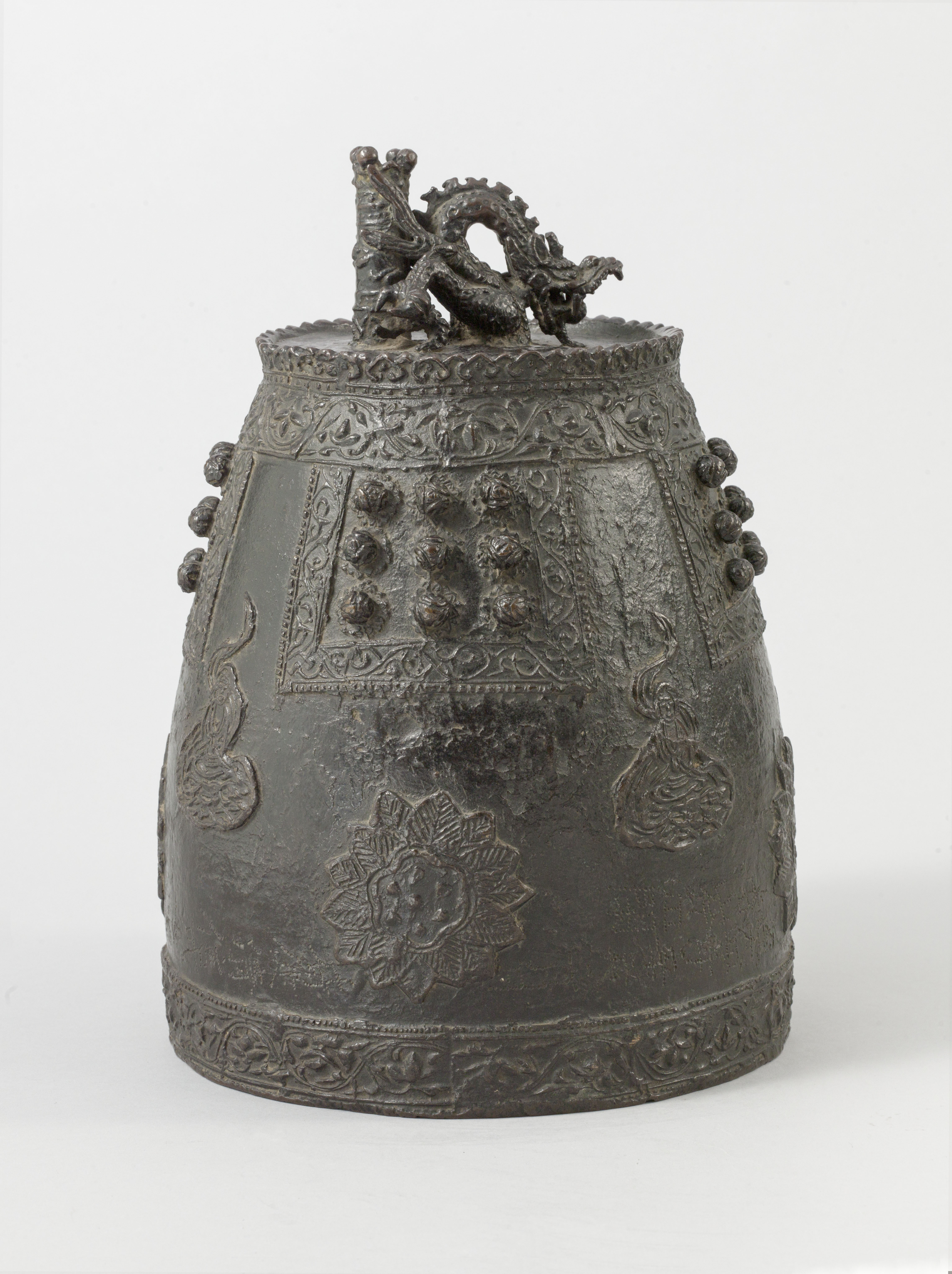 This bell, representative of the refined works of the Koryō period, is a rare object in Western collections, all the more so in that it carries a date.

Bronze bells from the Koryō kingdom (918-1392) perpetuated the tradition of those produced during the Unified Silla period (668-935). They reflect the rise of Buddhism in Korea and its popularity with the court and the people in general, benefiting the monasteries for which masterworks of decorative art were cast. A slightly convex form with a dragon-shaped hook attached to a tubular element, which served to increase the volume of the bell, is characteristic of these Korean instruments without a clapper that punctuated monks’ daily life.
This finely crafted bell in the Cernuschi Museum is all the more interesting in that it carries an inscription with a date: 1311. While this rather clumsily executed inscription hammered out in dots with a punch suggests that it was added after the bell’s production, it probably dates from not so long after it was cast. The compact shape of the bell, its neck and the low relief of its decoration, the details of which are quite hard to make out, would indicate that it was made between the second half of the 13th century and some time in the 14th century.
Henri Cernuschi did not stop in Korea during his world tour, during which he acquired the majority of his collection of Asian art works, so it seems likely that this bell was purchased in China or Japan. Its unusual black patina also suggests that this bell was not used for its original ritual purpose but was part of an art collection prior to being purchased by the founder of the Cernuschi Museum.