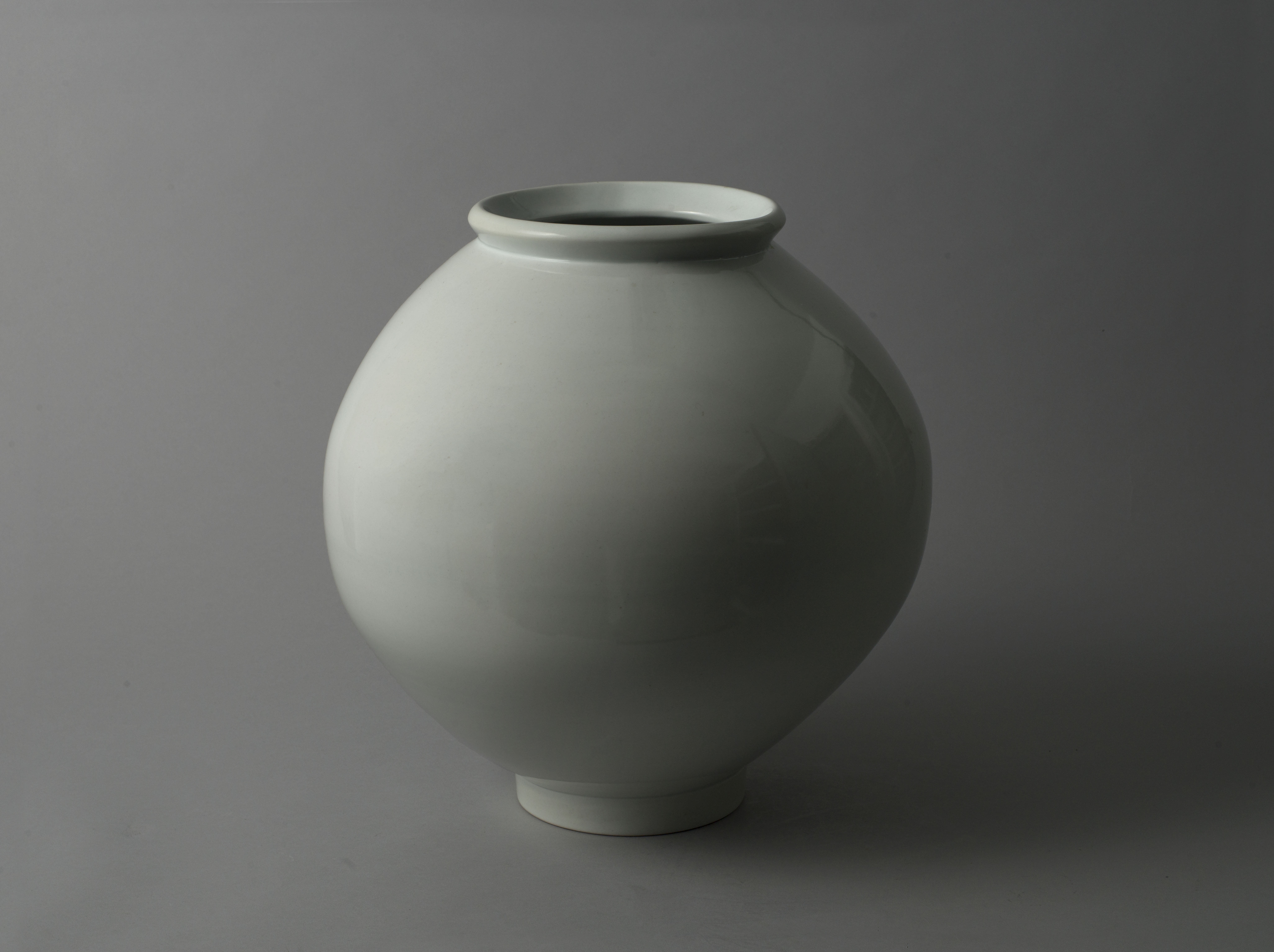 “Moon jars” have become a symbol of Korean national identity and continue to be produced by numerous contemporary ceramicists. Shin Chul is reputed for the pure forms and transparent glazes of his porcelains.

Shin Chul (born 1963) is representative of a broad group of Korean ceramicists whose work is entirely devoted to reviving and perpetuating technical craftsmanship passed down from the Chosǒn period (1392-1910). He is particularly renowned known for his moon jars, which have become an emblem of Korean culture. These vessels, made in two parts that are assembled before firing, designed to contain rice, soy sauce or alcohol and sometimes used as flower vases, were originally produced between the late 17th century and the course of the 18th century in the government kilns at Geumsa-ri in Kwangju.
Although few ancient specimens have survived, this type of jar today features in the work of numerous artists and commercial enterprises, from contemporary painting to cheap tourist souvenirs. This vogue for moon jars stems both from the originality of their globular form and the way they have become retrospectively invested with a sense of national identity. Their milky white body, sometimes decorated with iron oxide underglaze, and subtle deformations or imperfections have been considered as one of the best illustrations of the austere aesthetic of the yangban. These scholarly civil servants imbued with Neo-Confucianism prized simple, frugal forms such as these.
Shin Chul is among the Korean ceramicists who have been reviving this art for several decades, and is particularly renowned for the pure forms and transparent glazes of his porcelains.