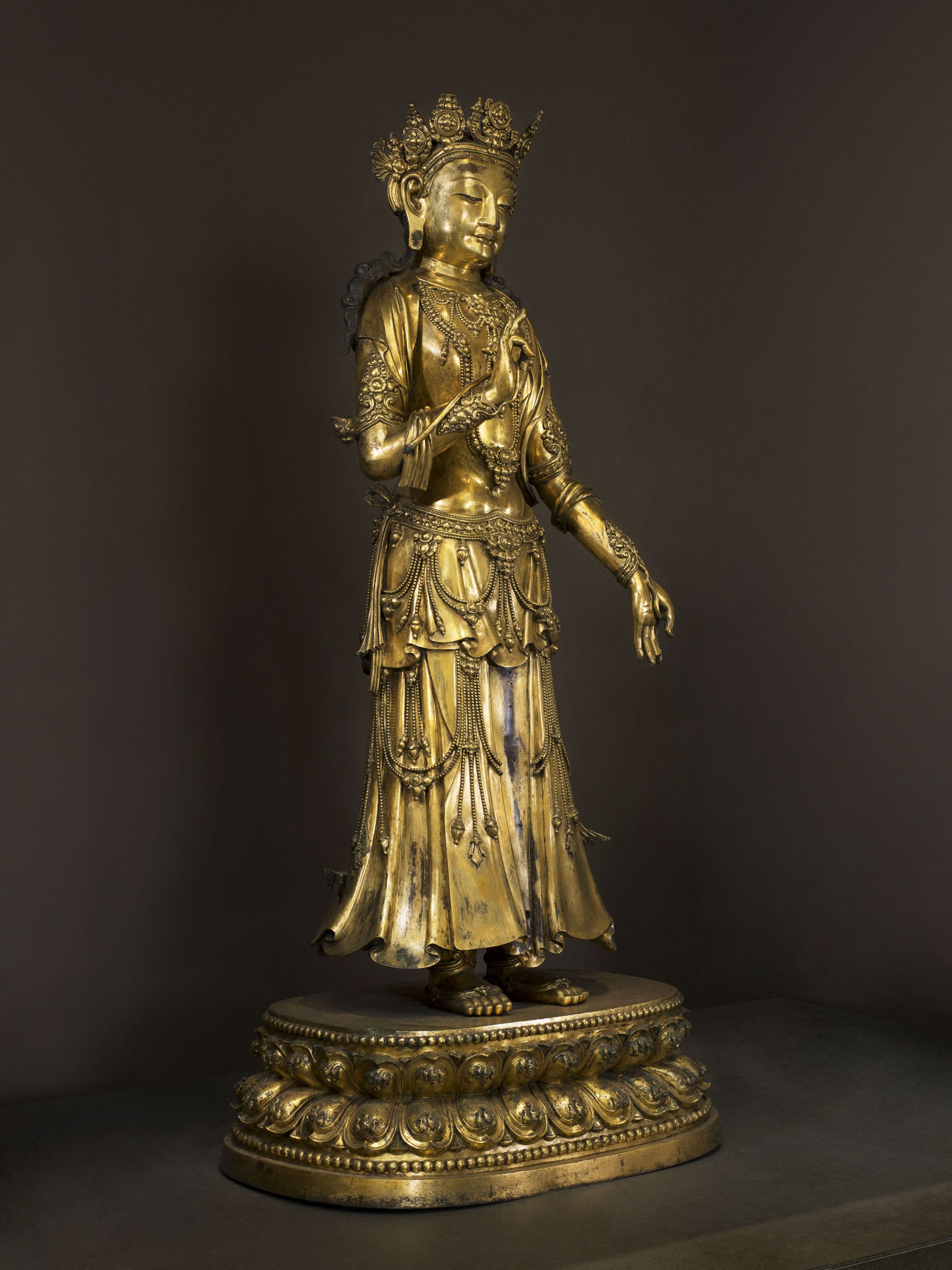 This large standing Bodhisattva in gilt bronze, which first appeared in a publication in 1904, perpetuates at the museum the memory of its testator, the celebrated Sapphic poetess Renée Vivien, born Pauline Mary Tarn (1877-1909). This collector and extravagant figure of fin-de-siècle Paris would boast of acquiring “a Buddha a day”. She amassed her finds in her apartment on Avenue du Bois (present-day Avenue Foch), where she hosted Greco-Roman-style parties for her female friends.
In the absence of attributes, it is impossible to identify this bodhisattva. It is illustrated in a publication by S. Hummel under the name Maitreya, however. This type of standing bodhisattva, hip slightly jutted, framed by lotuses, here broken, and featuring the specific attributes of the deity, would be one of the recurrent iconographic themes of Chinese Lamaist art. The piece must have flanked a sitting Buddha with another bodhisattva.
Unjustly considered a late work in 1977, the statue was correctly dated shortly afterwards by Ulrich von Schroeder. In 1996, the base was cleaned, revealing the reign mark of the Yongle emperor incised in the three canonical languages of Chinese Esoteric Buddhism. The scarf with its almost naturalistic folds, the sumptuous jewellery including the triple pendant chains on the chest and leg, the long semi-circular drops, attached at each end to either the chains or the belt, and the diadem whose centrepieces recall Nepalese art forms, are characteristic of the pieces made at the imperial Buddhist bronze workshops under the early Ming.
The work is one of the rare large-sized Yongle bronzes to have come down to us.