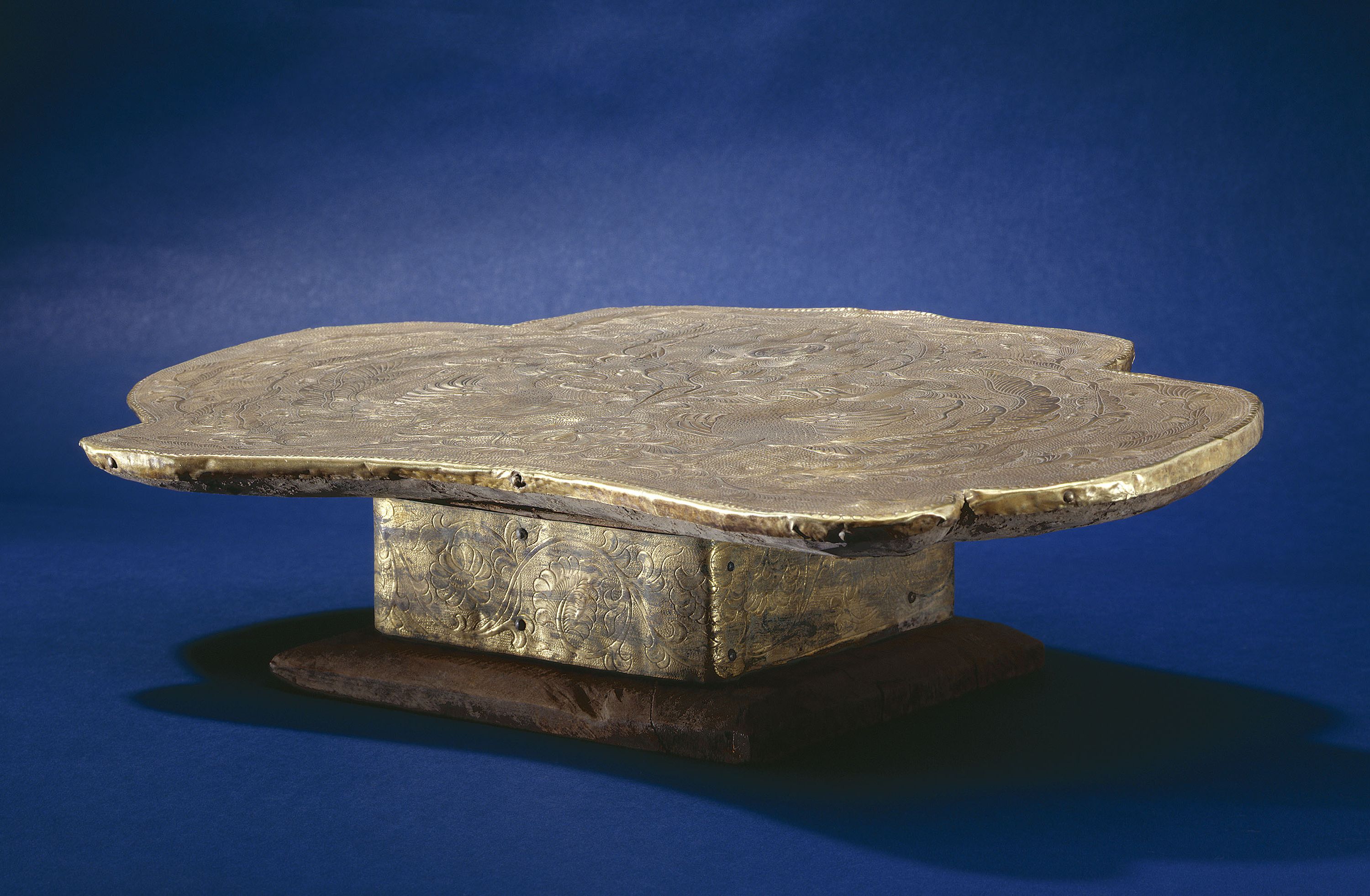 This pillow is made up of a sheet of hammered gold with an incised design laid over a lobed, scalloped wooden form reminiscent of the head of a ruyi sceptre; this is inserted, probably via a mortise and tenon joint, into a square-section pedestal, whose canted base, decorated with a band of gold incised with floral motifs, is set on a larger quadrangular base. The light brown wood is a spruce of the Pinaceae: Abietoideae family, widespread in northern China from Liaoning to western Inner Mongolia.
Although very few Liao wooden pillows have come down to us for obvious reasons of conservation, a few specimens have been unearthed during excavations of several tombs in Inner Mongolia. This type of pillow is well attested from the very early 10th century in Hebei, thanks to a wall painting in the tomb of Wang Chuzhi, who died in 923.
The pillow’s sheet of gold is edged with an imitation beaded filigree design. The ground is decorated with a refined, complex design made with a beading awl, combining light repoussé and chasing. Three circles form in a triangle with the cintamani jewel at the top and the two phoenixes at the base. The central line is materialised by a plant stem that divides to surround each of the elements while elegantly enhancing the pillow’s outer curves. The two stationary phoenixes face each other, their large trifid tails curving round to place each bird in a medallion; this circular movement is further accentuated by the unusual position of the wings, one of which is raised while the other is lowered to curve behind the body out of sight.
The use of a beading awl on the scale of an entire sheet of metal was a practice passed down from the Tang, illustrated in a number of remarkable objects unearthed from the tomb of Yelü Yuzhi (died 941). This delicate technique was later limited to the surface of medallions, before being gradually abandoned.