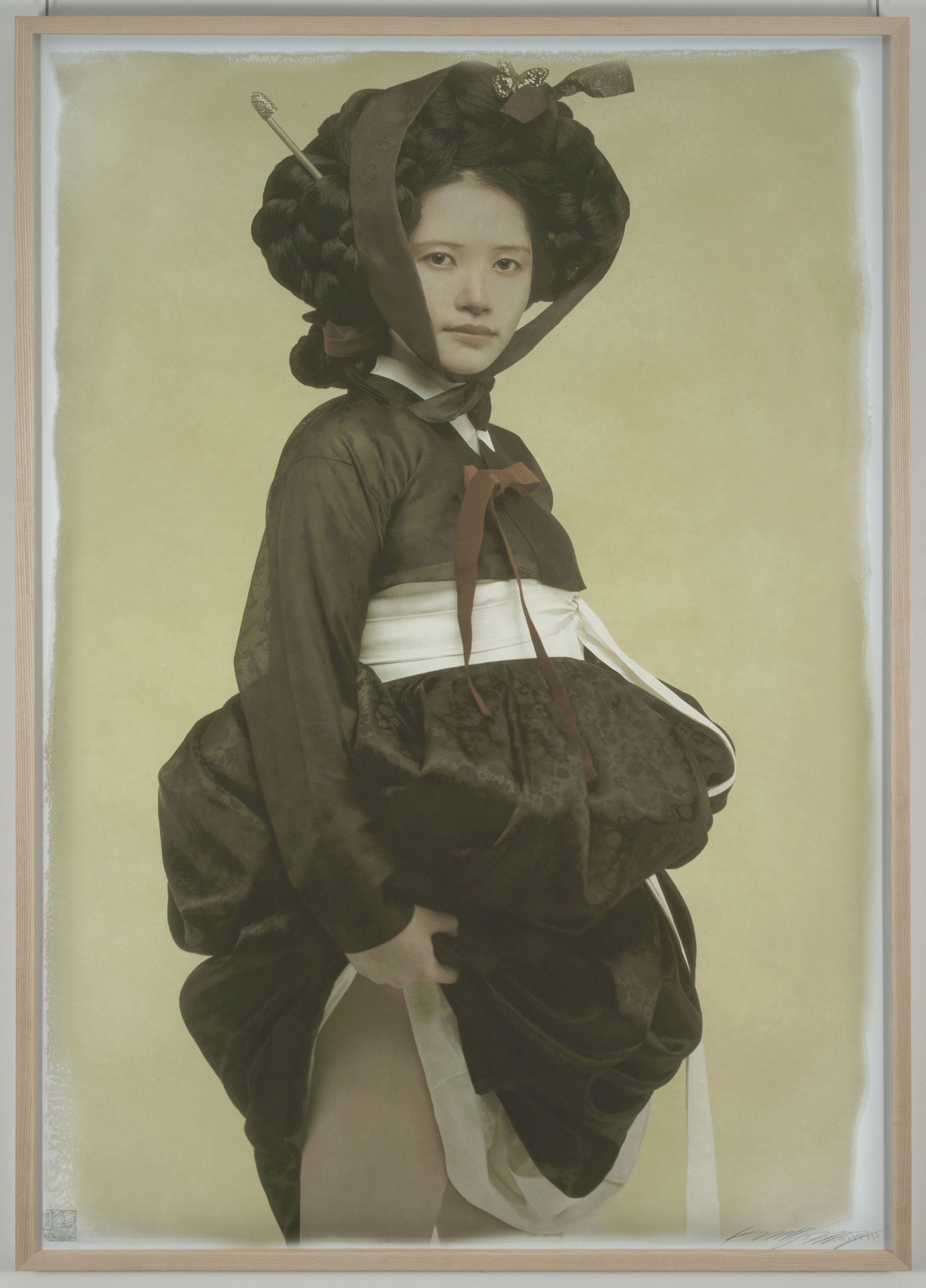 Kim Jung-Man is famous today for his portraits of Korean stars and for his works reinterpreting the landscape genre and painting tradition of the Far East.

The youth of Kim Jung-Man (born 1954) was impacted from an early age by a change of environment and perspective: as a teenager, he moved with his father, a physician, to the rural outskirts of Burkina Faso. In this former French colony, he began to learn French, enabling him to move soon afterwards to France. Between 1974 and 1977, he studied at the École Nationale Supérieure des Arts Décoratifs in Nice, and also took up photography, which immediately became his preferred medium.
The photographic career of Kim Jung-Man has since been marked by his travels, which have taken the artist to every continent in search of his subjects. Africa has been a natural focus, relating to his childhood. However, it was in Korea, where he came back to settle in 1988, that he produced most of the work that made him famous as a major figure of commercial and fashion photography.
In 2006, Kim Jung-Man broke with this comfortable situation and radically reoriented his career, devoting himself to artistic experimentation that had nothing to do with the commission art on which he and his Studio Velvet Underground had been working. Kim Jung-Man also wished to explore a Korean and Asian identity, on a thematic as well as technical level, for example in the printing of photographs on hanji or Korean paper. The hanbok series is a particularly powerful illustration of this work. In these photographs he sought to heighten the aesthetic and poetic dimension of this traditional costume, and also to explore its sensuality and, in some cases, eroticism. This work knowingly perpetuates and explores the Korean past, as signalled sometimes in the use of sepia tones and recurrent references to the often erotic paintings of Shin Yun-bok (circa 1758-after 1813).