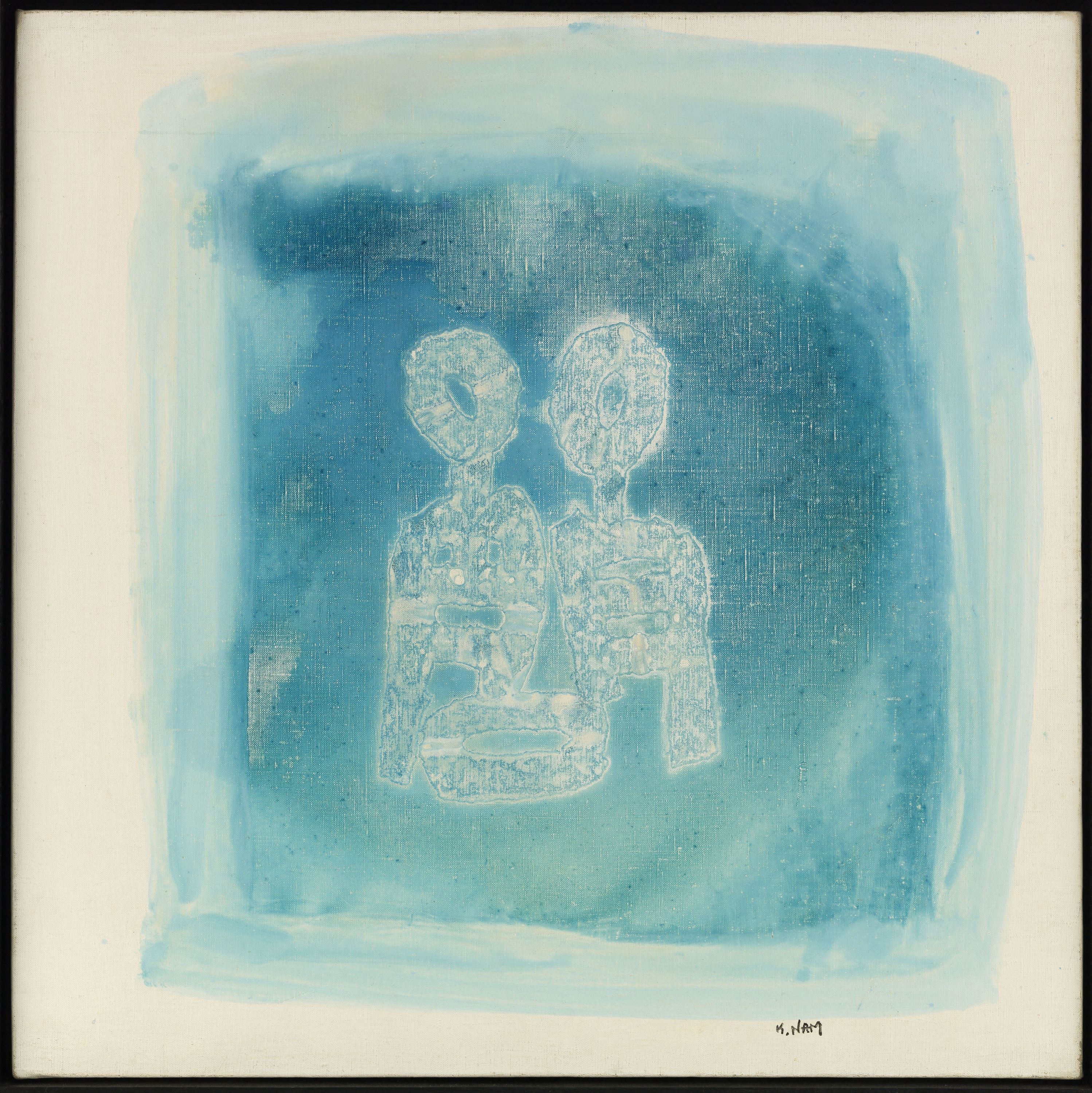 Nam Kwan contributed to the founding of a contemporary Korean art in the 1950s, and was, in the 1960s, one of the most highly considered Asian artists among French critics.

Nam Kwan (1911-1990) belonged to the generation of pioneers who founded a contemporary Korean art in the 1950s. The painful experience of the Korean War left an enduring mark on his work and transformed its development. His quest to exorcise, through painting, scenes that were etched in his memory led him, like most of Korea’s avant-garde artists, to France, still the centre of the art world at the time. The style of the École de Paris evidently met the pictorial requirements generated by the situation of this devastated country.
Naw Kwan moved to Paris in 1955, where he studied at the Académie de la Grande Chaumière and gradually integrated the vocabulary of Lyrical Abstraction into his work. Over a ground of hazily defined colour fields he scattered abstract, geometrical forms. These forms progressively took on the appearance of Chinese characters, an impression heightened by their arrangement in vertical columns. These stylised, mock scripts cannot be read, yet attest to the force of the written sign in the visual consciousness of Korean artists.
In 1968, after a career crowned two years earlier by the top prize at the Biennale de Menton, Nam Kwan returned to Korea. But he kept his ties with the Parisian art world and often came back to paint and exhibit his work in France, even though his artistic style was moving gradually away from Lyrical Abstraction and back to a stylised representational art and a lighter palette.
Reflet bleu (Blue Reflection) illustrates this vigorous new use of colour and exploration of the sign created out of a stylised character, still partly recognisable here and morphing progressively into a pictogram. Abstract forms had begun their discreet transformation into stylised representations of the human figure, which were increasingly present in the work of Nam Kwan.