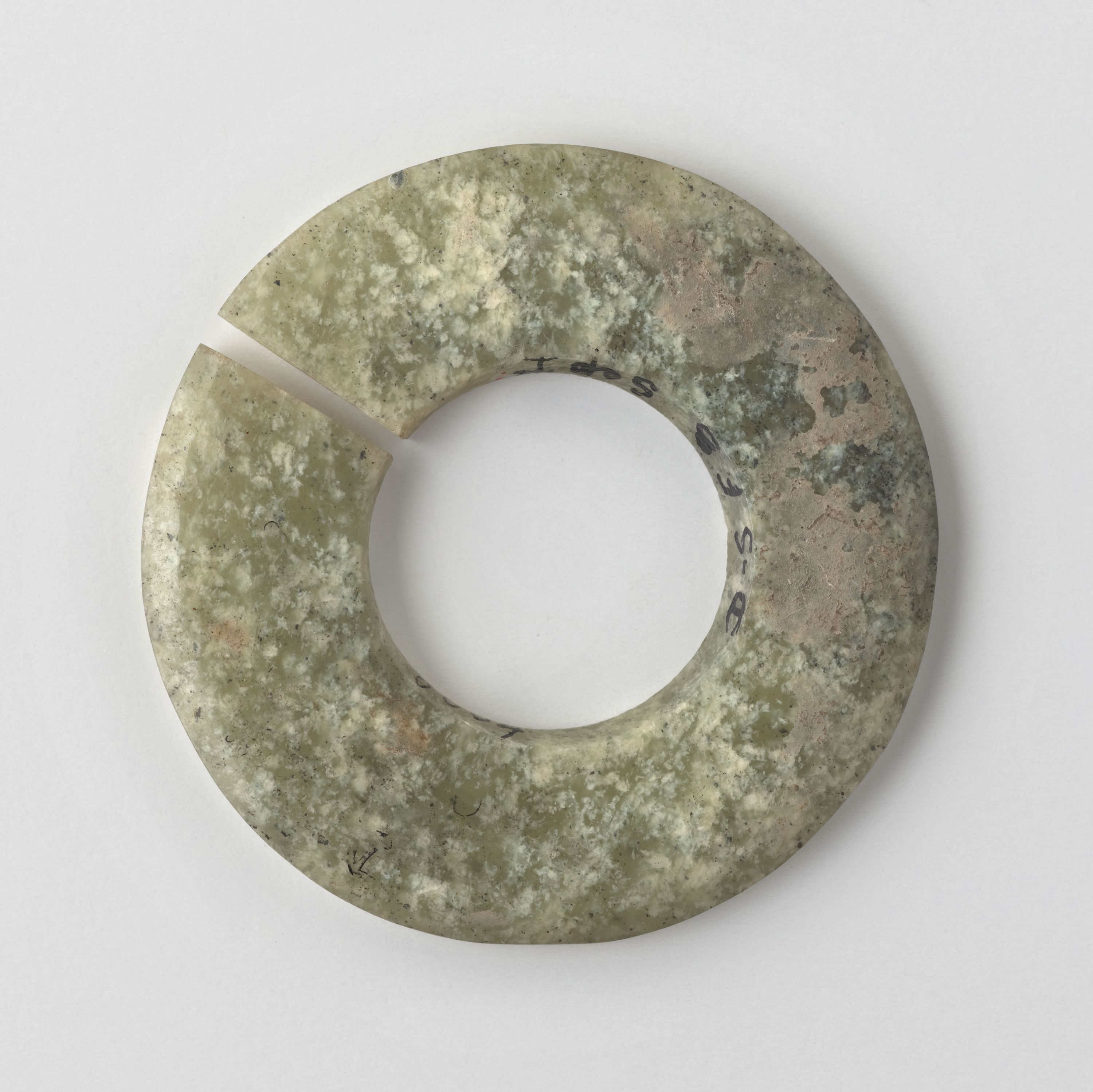 Numerous open rings were found in tombs on Đông Sơn and Lạch Trường sites during Olov Janse’s excavations. Objects such as these have been found from Thailand to South China. In Vietnam, they appear from the third millennium. There are greater numbers of them in the tombs of the Đông Sơn culture, and are still to be found in the early years of the Chinese occupation. Their purpose remains a mystery. Some might have been worn like earrings, the ear lobe slipped into the slit of the ring, as were certain bronze objects dating from the same period also, notably knife handles, pots or lamps decorated with figures in the round. Numerous rings such as these were often placed in the tomb. They may have been tied together or sewn onto a garment. Traces of former repair attest to their value, which was no doubt greater than that of jewellery.