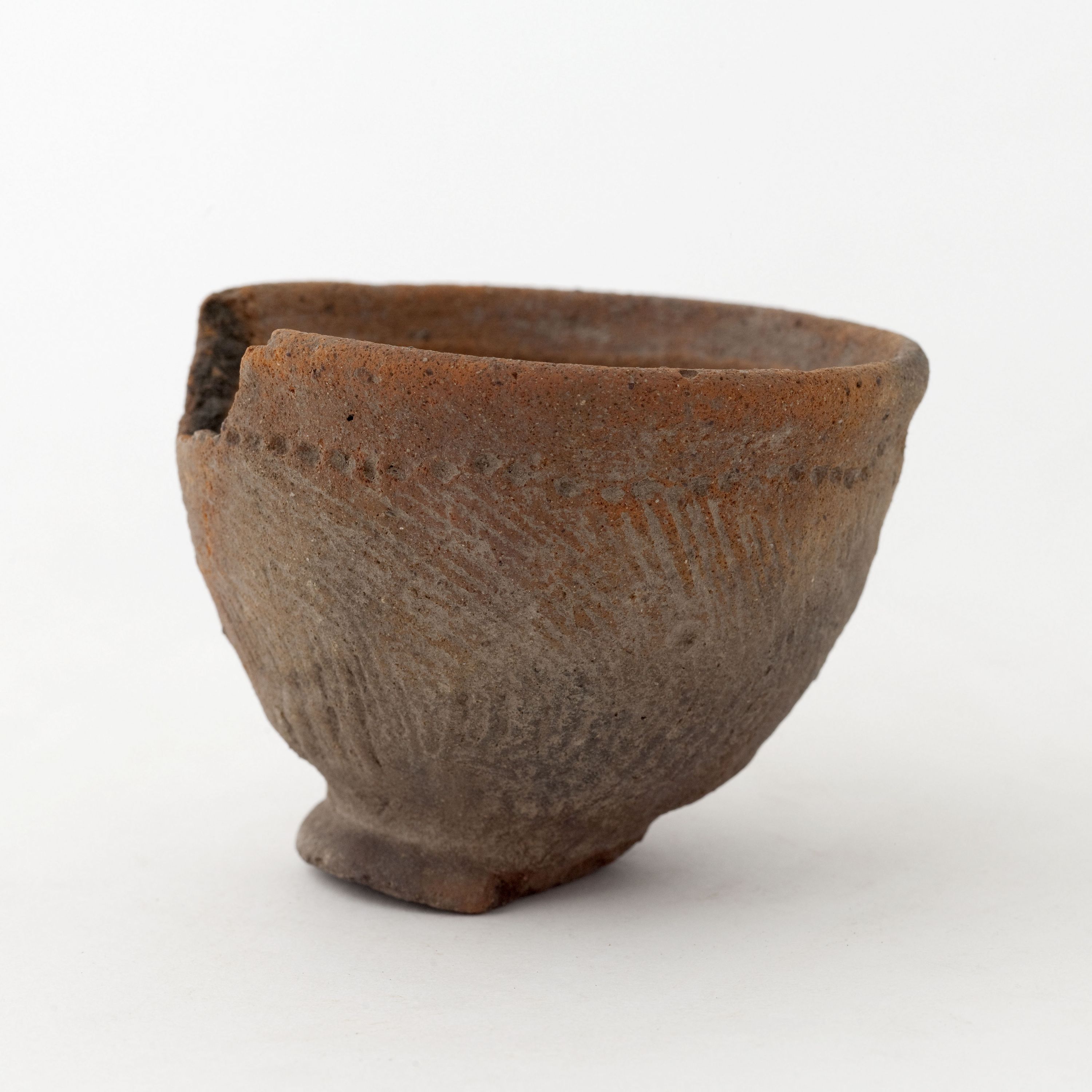 The ceramics found in the Đông Sơn culture tombs can seem quite crude compared to the bronzes. Their forms and quality of firing vary. The clay used has an orangey to reddish brown colour. The vessels sometimes have thin walls but they are mostly thick-walled, as is the case with this bowl, which is among the most common shapes of vessel, along with jars. There are some more sophisticated pieces, cups or vases, comprised of two or three parts, including a tall foot and a sleek belly. Đông Sơn ceramics were handcrafted, perhaps with the aid of wickerwork models over which the clay was applied, but the potter's wheel, which can produce slender, regular forms with a curving line, was not used. To make a vessel with a narrow mouth, Đông Sơn potters fused together two half-spheres or two truncated cones, marking the join with a groove or a protruding roll of clay. The possible use of a basket pottery technique recorded by Janse is suggested by the presence of a combed motif made with a scoring wheel and by patterns imprinted in the clay or made by a coarsely woven fabric on the outer surface of the ceramics.
This bowl features a combed pattern and a small foot-ring characteristic of Đông Sơn ceramics. Circles stamped on the lip are similar to the bronze motifs. Fired at a relatively high temperature, its clay is dense but rough with numerous impurities that have caused cracks during firing. Most Đông Sơn ceramics have come down to us in fragmentary state due to their friability. The development of metalwork, however, throughout the second half of the first millennium, brought about progress in pottery techniques, with the improvement of kilns and in the preparation of the clay. From the 1st century AD, Đông Sơn society would progressively undergo the influence of Chinese culture, and technology transfer would lead to the refined proto-stoneware of the Giao Chỉ (Jiaozhi) period.