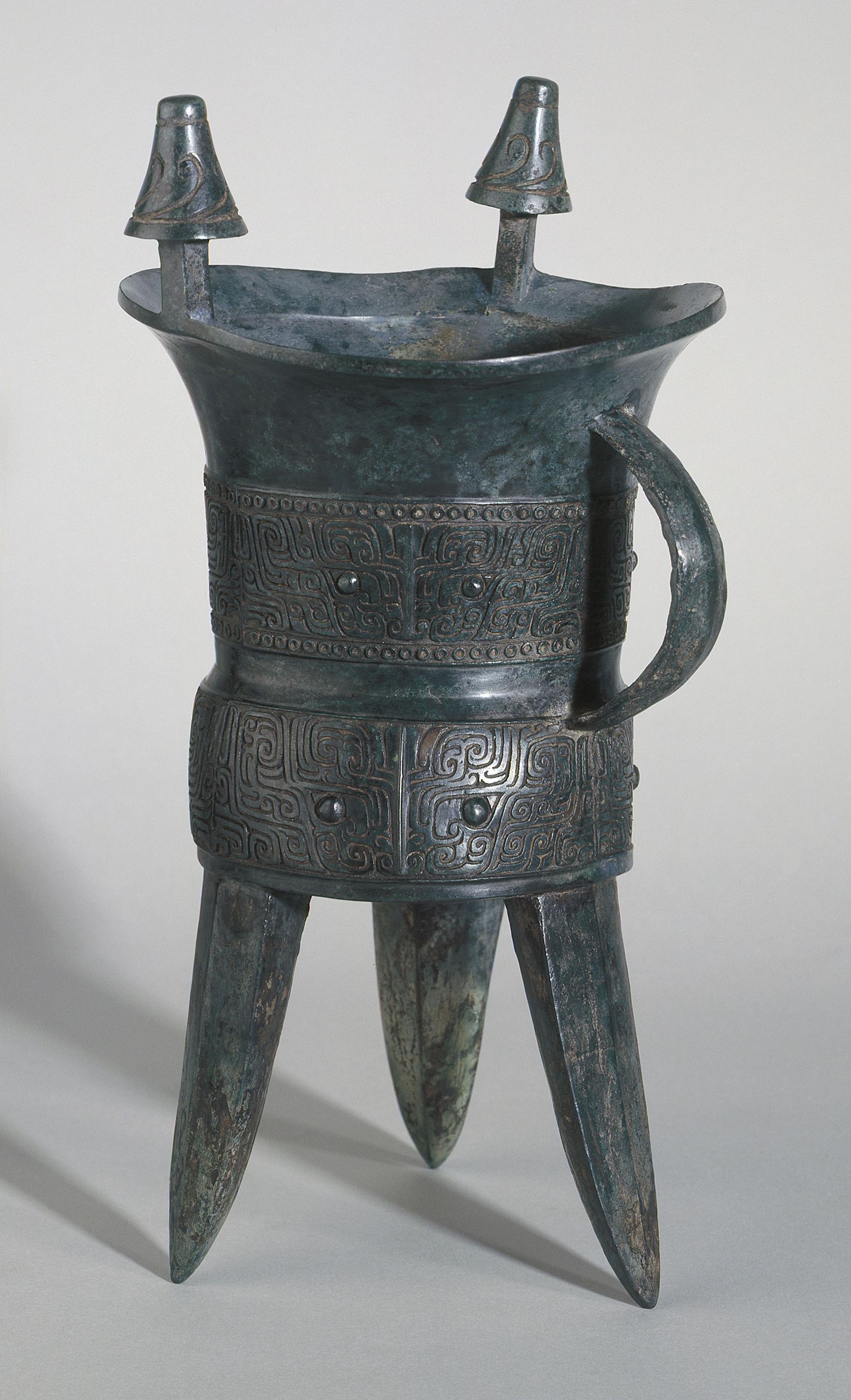 This is the largest and most explicit of the three pieces from the Erligang period in the Cernuschi Museum.
The shape of the jia, a vessel for heating fermented beverages, derives from ceramics of the Longshan (circa 2000-circa 1600 BC) and Erlitou (circa 1700-circa 1550 BC) cultures. They were widely used in the Shang period but disappeared under the early Western Zhou dynasty, even before other drink vessels such as the jue and gu. This imposing piece has all the characteristics of works from the Erligang period. The slightly flared, triangular-section feet support the body of the vase that is almost cylindrical in form, with a cinched central band and flared lip. Two distinct decorative bands each feature three taotie masks, produced with three different moulds. Each taotie is made up of two kui dragons facing each other on either side of a pronounced ridge. Motifs in reserve appear in the two bands, whereas several Erligang jia feature one band in reserve and the other in relief, corresponding to the way each part of the mould was worked. Among numerous comparable pieces is a jia of the same kind that was found at Erligang (Zhengzhou) itself, with the same arrangement of motifs as the museum’s jia. The upper frieze is bordered by two bands made up of small circular medallions, one of the characteristics of the period. The same goes for the handle, which is undecorated and rather roughly positioned. The fungiform handles are almost conical in shape, similar to those of a jia discovered in Funan, Anhui province.