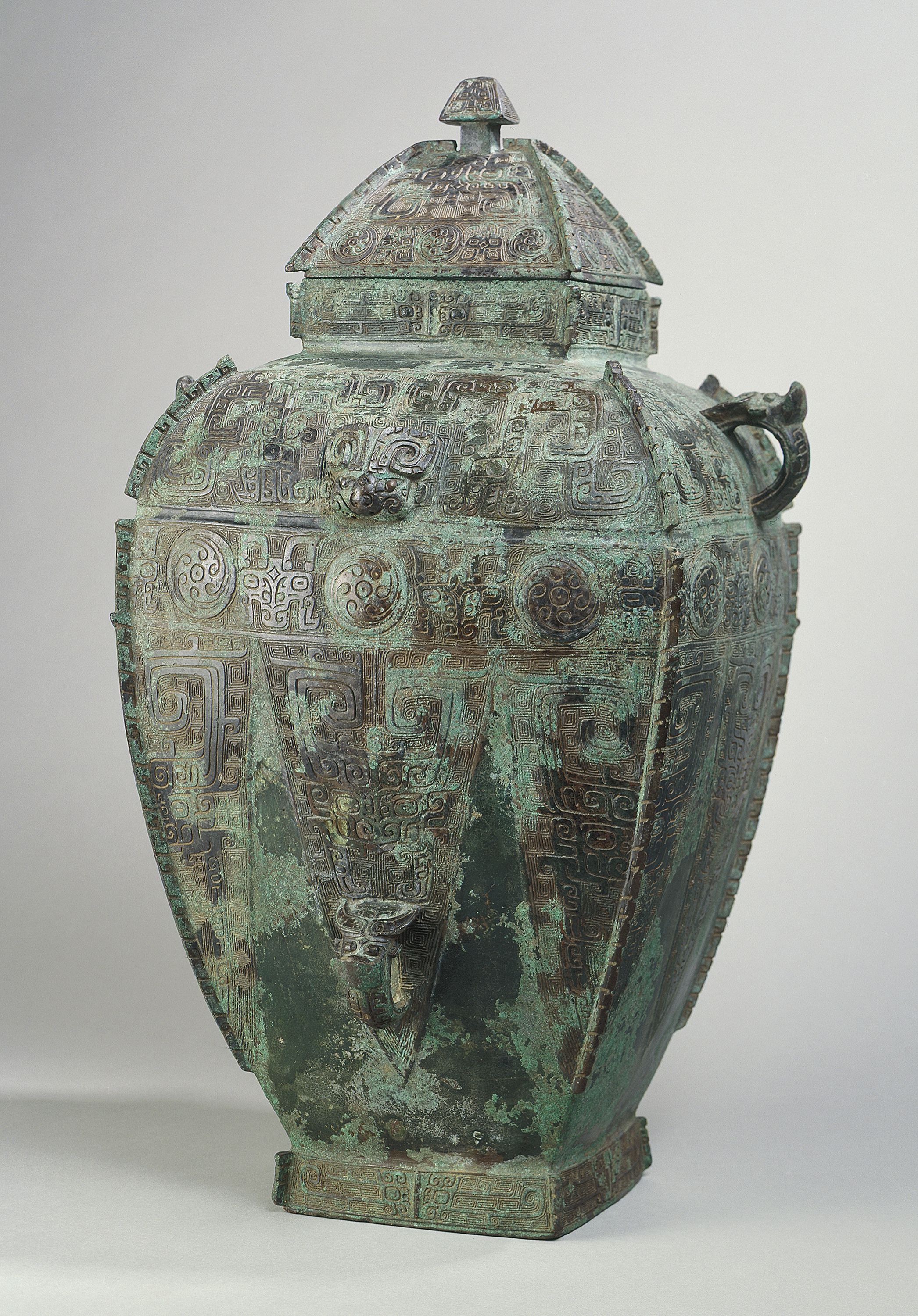 This work is characteristic of the fanglei of the Anyang period (circa 1300-circa 1050 BC). It has three handles; two of them, placed at the shoulder, are for lifting the vessel. A third, towards the base of the body, features an ox head. The front of the vessel is decorated with a ram mask in high relief at shoulder level. Motifs in very light relief cover the rest of the piece; all of them illustrate the thematic vocabulary used during the Shang period. Their arrangement is very similar to that in other ancient fanglei. On either side of the base, the heads of two kui-type dragons mirroring each other form a grimacing stylised taotie mask. The belly is decorated with large triangles, interpreted by some authors as cicada wings, symbolising immortality. Inside them are large taotie masks with long horns. Above, in a band below the shoulder, whorl motifs alternate with other grimacing taotie. On the shoulder itself, a wide band features large dragons, with arched body and open mouth displaying sharp teeth. The motifs on the body are repeated on the neck and lid. All these elements stand out against a ground of square spirals representing the character for “thunder” (leiwen). The legibility of the various figures and their low relief suggest that the piece dates from the 12th century BC, from an earlier period than most fanglei, which feature motifs in high relief, characteristic of the late Shang dynasty. Inside the neck, two characters, “[In homage to], Father Xin [of the] toad clan” (from the French translation by Prof. Li Ling), evoke the name of an ancestor. The fine deep green glaze was partially sanded to give it a mottled finish, a style recorded in the 1930s and particularly prized by collectors of Japanese antiquities.