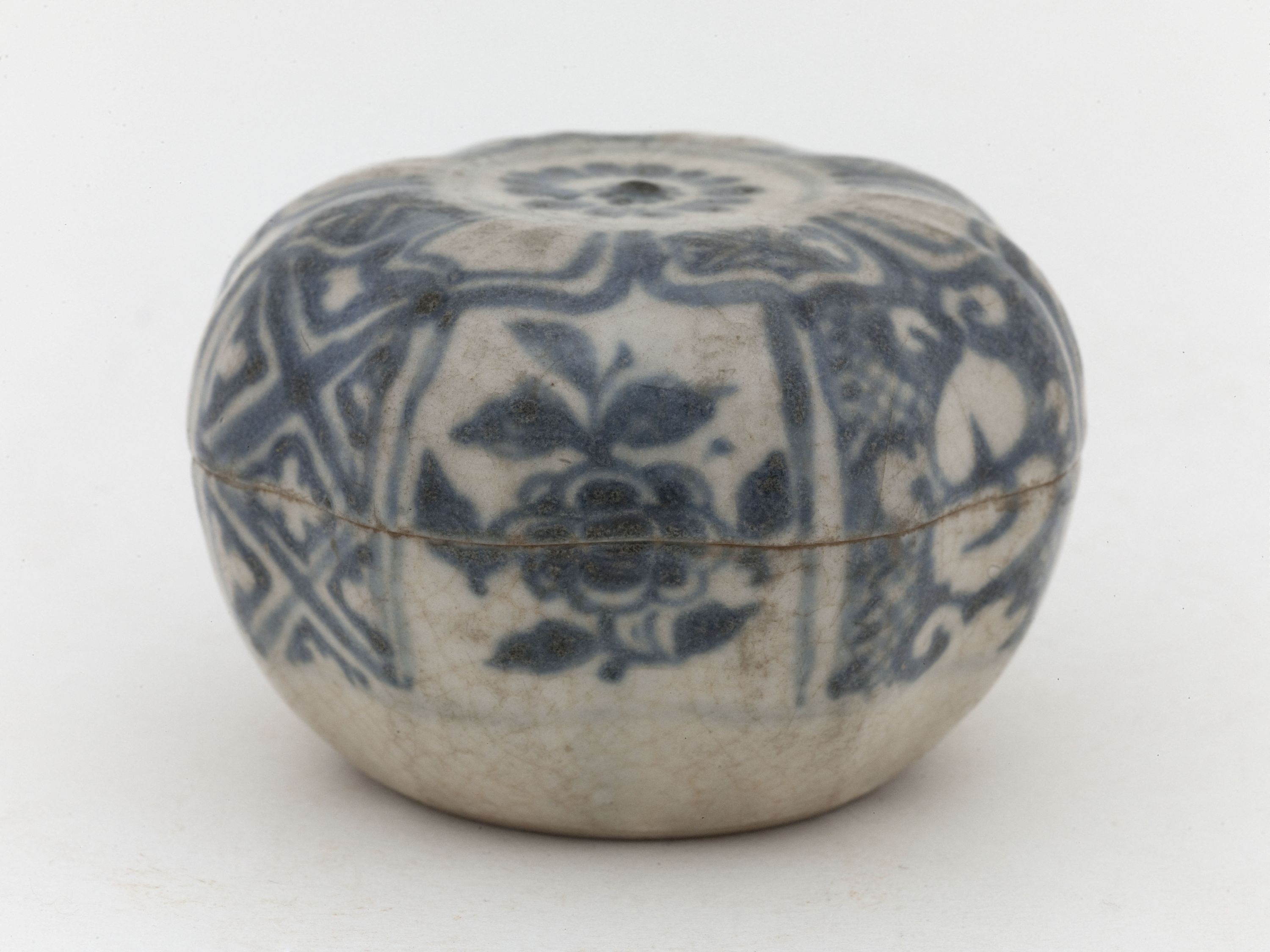 In the 15th century, production of Vietnamese "blue-and-whites" was at its height, thanks to an imperial trade restriction in China. This box is characteristic of the good-quality pieces that appealed to a foreign clientele. Its eight-lobed shape is once more derived from objects made of gold or silver. The decorative motif radiating out from the centre of the lid forms a chrysanthemum flower surrounded by eight lotus petals. From the tip of each petal double vertical lines mark out eight compartments containing a flower and a brocade motif in alternation. The underglaze pigment differs from contemporary Chinese works in its greyish-blue tint, stronger, now, than in the previous period, when iron oxide was still the main ingredient in the mixture of pigments used. The areas where the clay has absorbed more pigment have taken on a somewhat shiny, blackish appearance. The slight haziness of the blue decoration, caused by the rather runny mixture being quickly absorbed by the clay, is also characteristic of the Vietnamese "blue-and-whites". This box crafted with extreme care evokes the flourishing trade across the China Seas and the emergence of a clientele specifically interested in imported ware that would be incorporated into domestic uses. The museum’s Japanese collections, for example, contain a number of these small boxes that were used as incense boxes at tea gatherings.