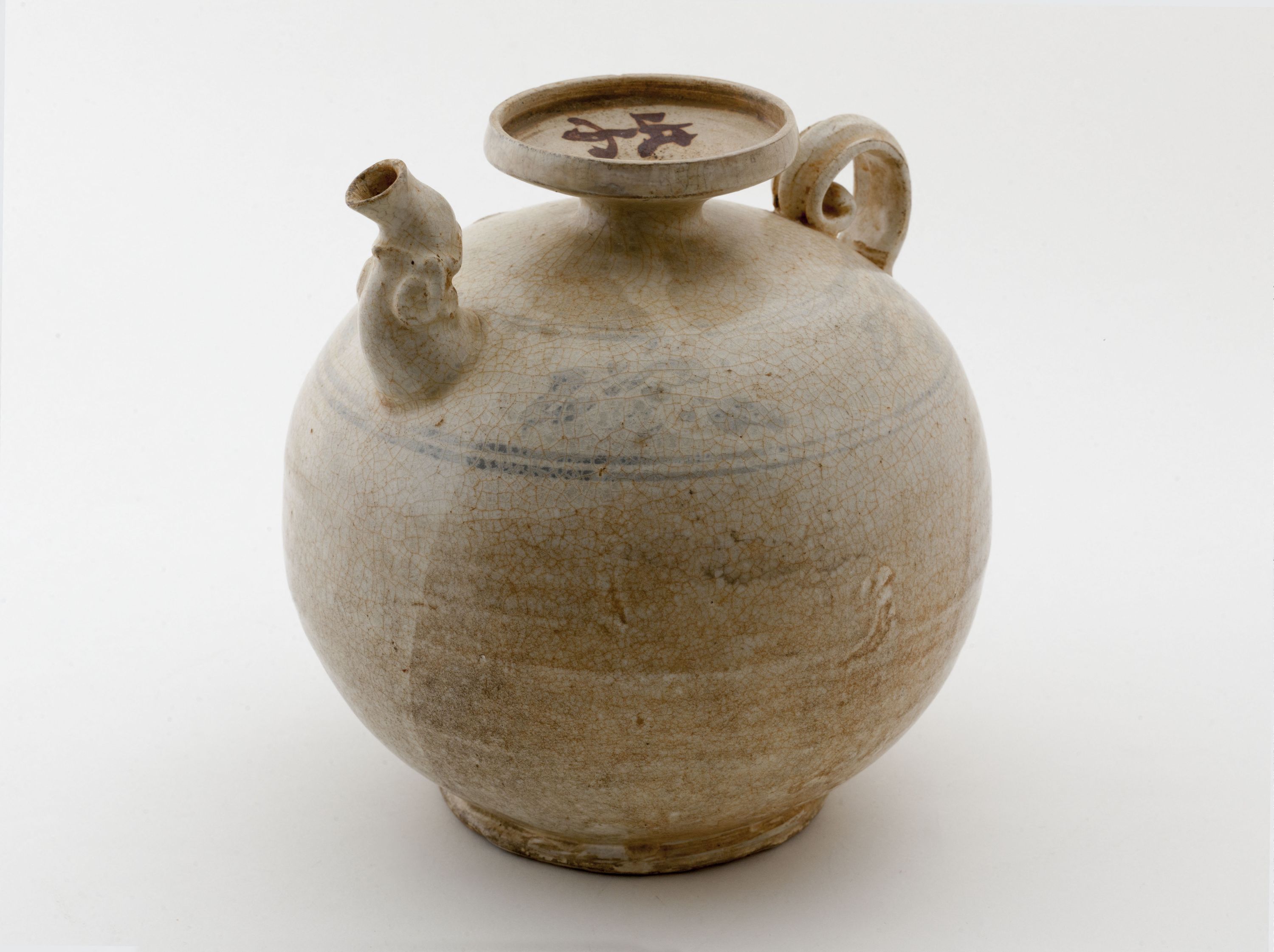 Two-tone jars with a champlevé motif are characteristic of a new type of ceramic that probably appeared in the late 12th century, produced and used from the 13th to the 14th centuries by wealthy families in northern Vietnam. They served to store alcohol, grains and pickles in brine. They have most often been found in a funerary context, placed near the wooden coffin, in a pit in direct contact with the soil. They were therefore not designed as funerary objects but as vessels for everyday use, whose undeniable value is reflected in their careful craftsmanship and decoration. Subsequently they may have had a funerary role, in the case of those that have come down to us.
These pieces were produced in several stages. The jar was first modelled in a light-coloured clay, dried, then dipped in a transparent ivory glaze. Once dry, the glaze was largely scraped off in the areas that were to be decorated. The outlines of the motifs were then incised in the unglazed clay. An engobe with a high iron oxide content was applied with a brush in the middle of the incised areas. A band of bare, unglazed clay surrounded each dark motif that stood out on the cream-coloured satin base.
These jars can always be recognised by their full and robust forms and vigorous plant and animal motifs rapidly sketched on their walls. The lotus was among the most common motifs, used with peacocks, elephants and warriors also found in rarer cases. Each jar would have been covered with a lid, often lost. This jar is unusual in its large size and very rare decoration: on one side is a boat topped with a pavilion, a precious depiction of the luxurious vessels in use at the time. It is reminiscent of the royal barges of Siam, Thailand and Laos.
The back is adorned with two peacocks, birds that originated in Vietnam and whose haughty bearing and beautiful plumage made them much prized ornamentations in imperial gardens, and among the precious gifts sent in tribute to the emperor of China.