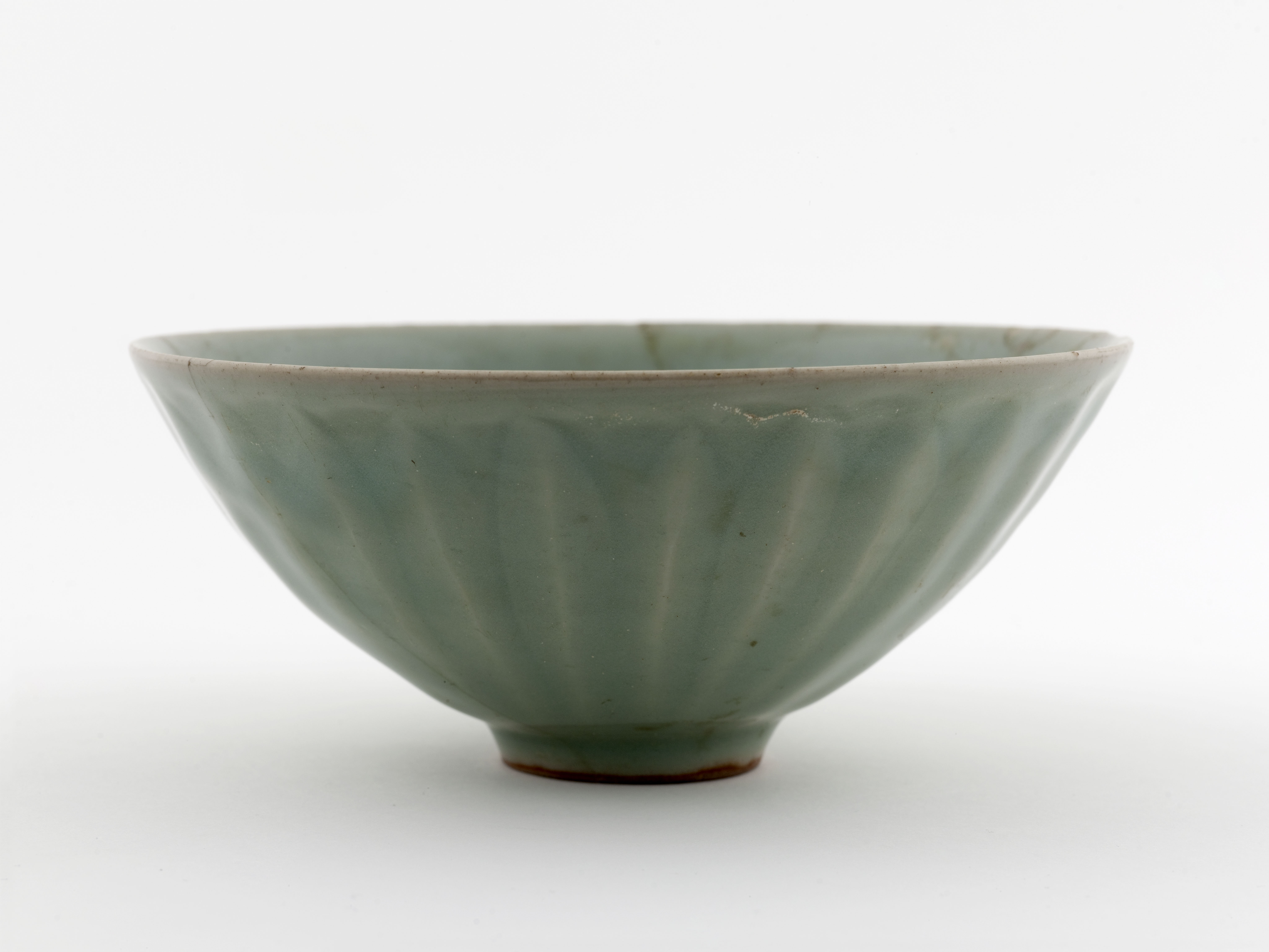 Lotus petals, initially incised, made their appearance on ceramics during the Southern dynasties period (420-589). The motif reflected the establishment of Buddhism in China. Many of the pieces with this design are bowls, perhaps related to the fact that tea drinking first became common practice in Buddhist monastic circles.
The sub-prefecture of Longquan in the south of Zhejiang province had many kilns producing high-quality ceramics of the Yue stoneware type in the 9th and 10th centuries. The discovery of a particularly pure porcelain stone led to the old stonewares being abandoned in the late 12th and early 13th centuries. However, instead of producing true white porcelain ware, potters chose to pursue the local tradition of celadon, by mixing porcelain stone with iron-rich clays.
The resemblance of the best Longquan glazes to jade is due to the presence in the glaze of thousands of tiny bubbles and a certain quantity of non-molten materials. Lime and alkalis were used as fluxes in the glaze, while Yue stoneware only used lime. Porcelain stone and limestone were the main ingredients, to which a small amount of plant ash was sometimes added. The thickness of the glaze was obtained by applying a layer of glaze to the biscuit-baked clay, then biscuit firing again, then repeating the operation several times before the final firing at about 1230° to 1290°C.
This type of bowl was very popular in China and was widely exported, as attested by ceramic fragments found in Fustat, Egypt.