The Song dynasty (960-1279) was characterised by unprecedented growth in trade and development of techniques. After retreating to Hangzhou in 1129 before the Jin (1115-1234), the Song conquered the Mongols, who established the Yuan dynasty (1279-1368).

On the fall of the Tang, China had entered a new period of division (the Five Dynasties period, 907-960). The Song dynasty brought together a large part of the territory. The era was divided into two phases: the Northern Song dynasty (960-1126) succeeded by the Southern Song dynasty (1127-1279).

The Song period was characterised by the development of techniques and growth in trade, both domestic and international, boosted by the emergence of a merchant navy. For the first time, commercial taxes and revenue from state monopolies (salt, tea, alcohol and silk) made up over half of the state budget, overtaking revenue from property tax. Through the regular dispatching of monies and rare products, this expansion helped quell the ambitions of the “Barbarians” states in the north.

The army, numbering up to a million men, was closely controlled by the civil administration. Public officials, recruited on the basis of examinations, promoted the development of neo-Confucianism. A taste for antiquities and history, the development of landscape painting and the variety and perfection of the ceramics produced in most of the provinces were the dominant features of intellectual and artistic life, fostered by literati circles.

The brilliant but politically catastrophic reign of Huizong (r. 1101-1125), a lover of the arts but who was surrounded by extravagant courtiers, ended in the destruction in 1126 of the capital Bianliang, modern-day Kaifeng (Henan), by the Jurchen of the “Barbarian” Jin empire. The court took refuge in the lower basin of the Yangtze River. The growth of cities and the unprecedented prosperity of Hangzhou (Zhejiang) was in contrast with the less favourable situation of the rural regions, with the use of paper money.
The Mongols became the permanent masters of northern China in 1234, putting an end to Southern Song power in 1279.

Despite their progressive adaptation to Chinese institutions, the Mongols, who established their capital in Cambaluc (or Khanbaliq, present-day Beijing), remained distrustful of the Chinese and practised a policy of ethnic discrimination.

The art of this period reflects of the opposition of the Chinese literati to the ruling power. Where ceramics are concerned, while provincial workshops perpetuated Song tradition, porcelain enjoyed remarkable growth, with production centring on the kilns at Jingdezhen in Jiangxi. 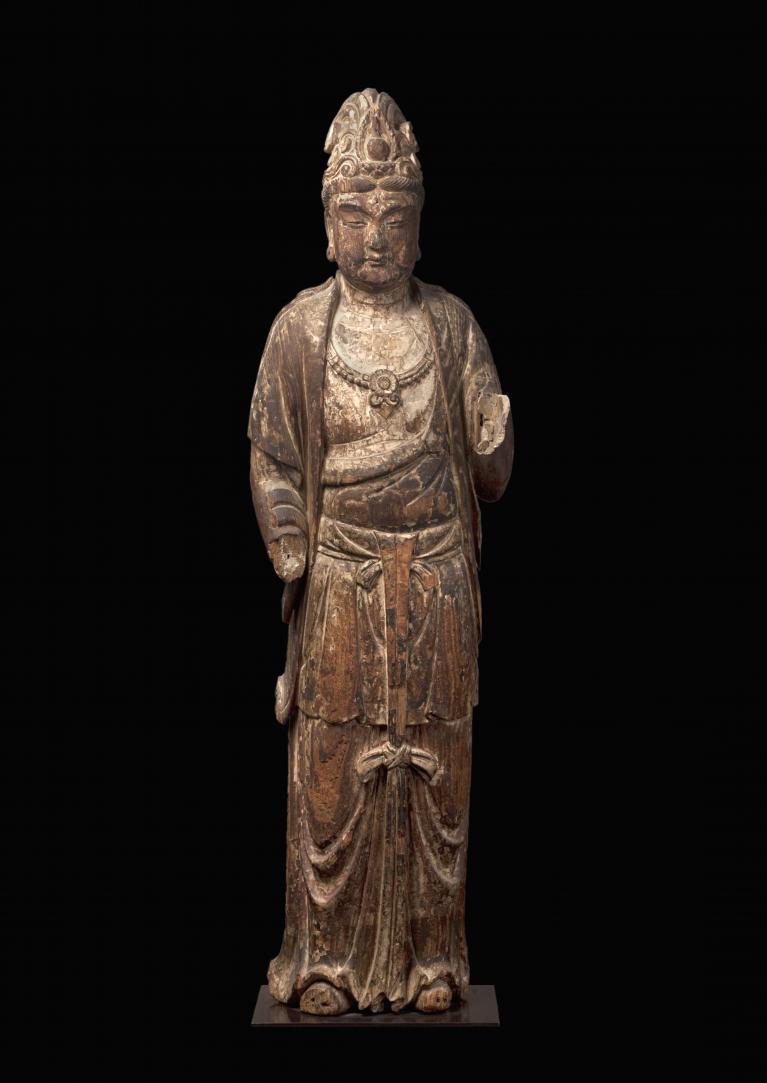 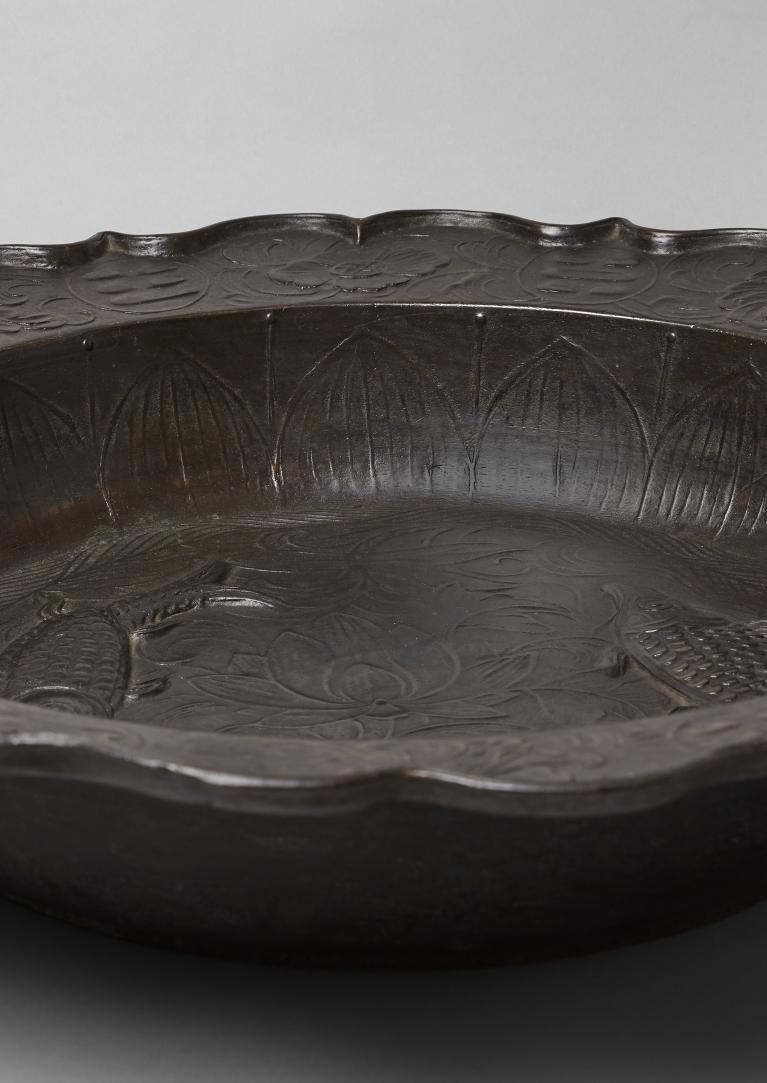 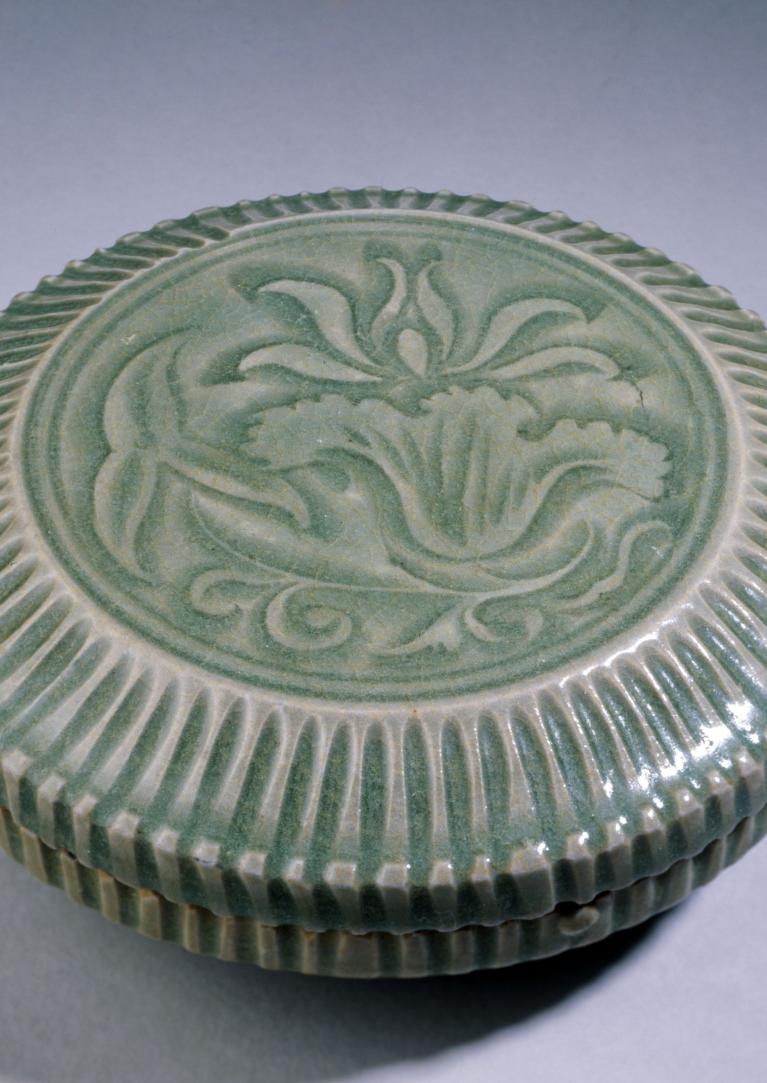 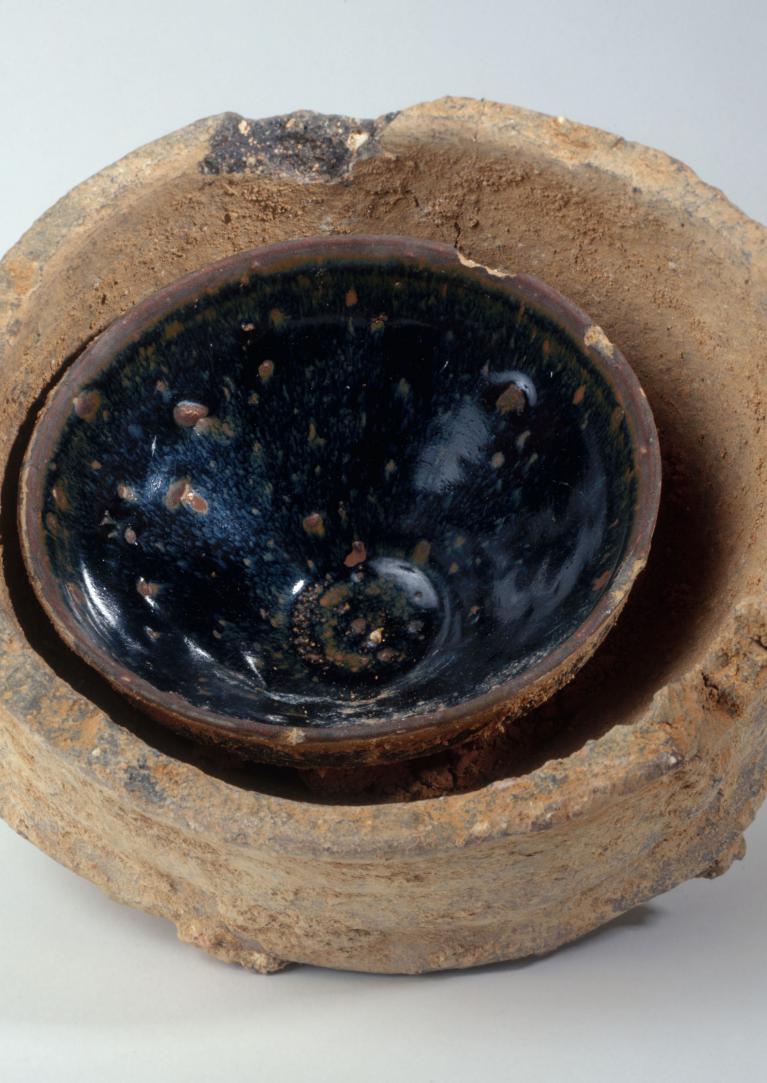 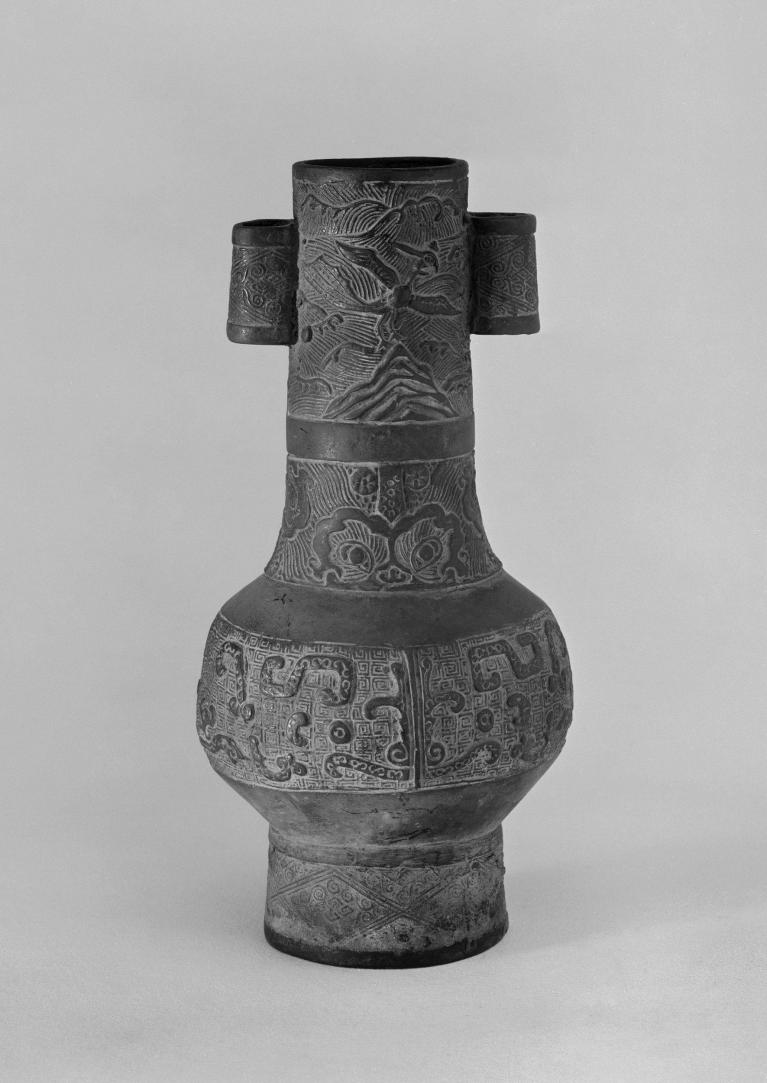 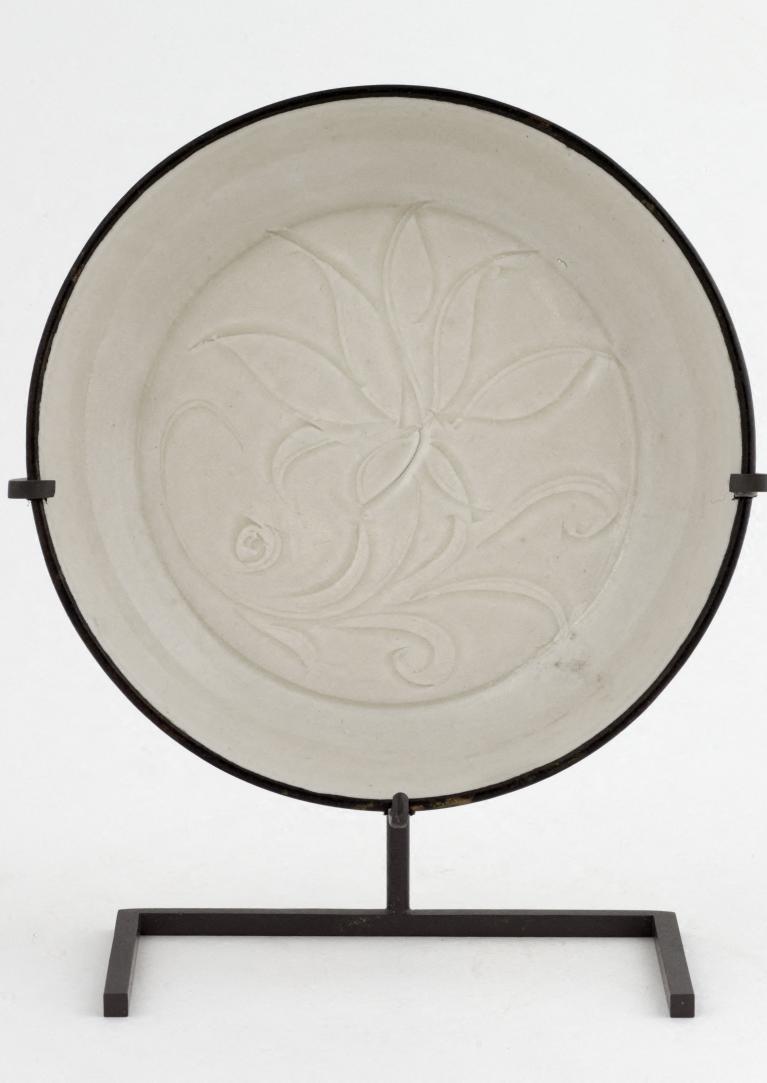 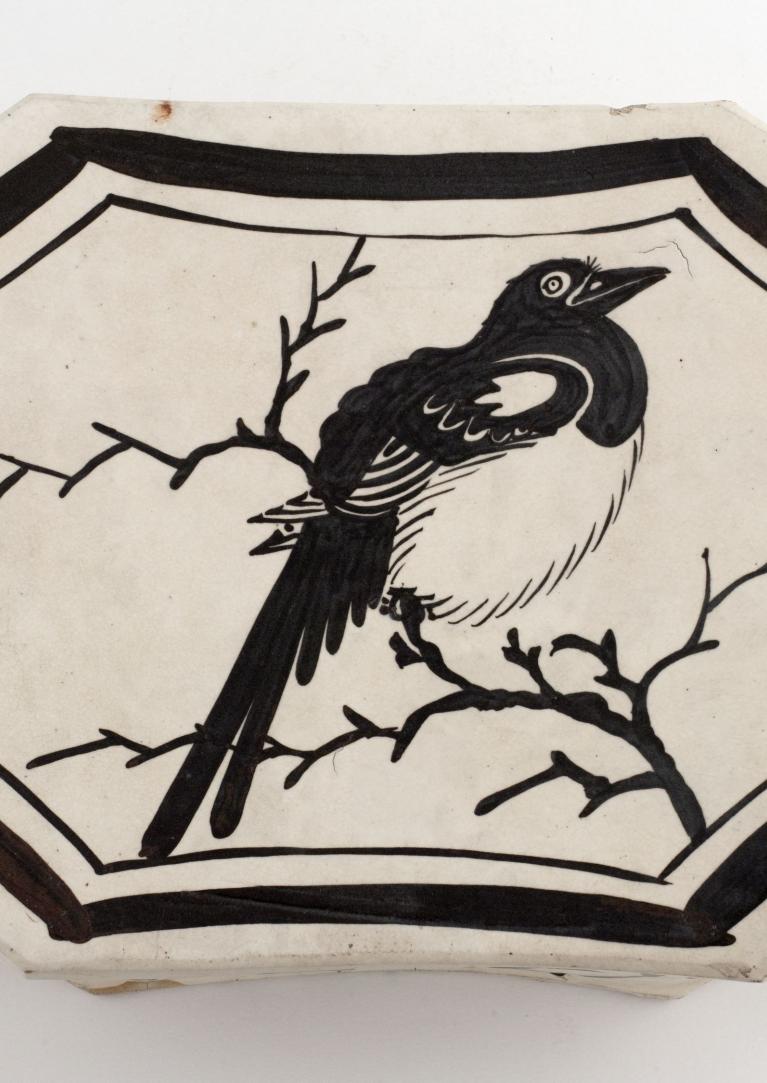 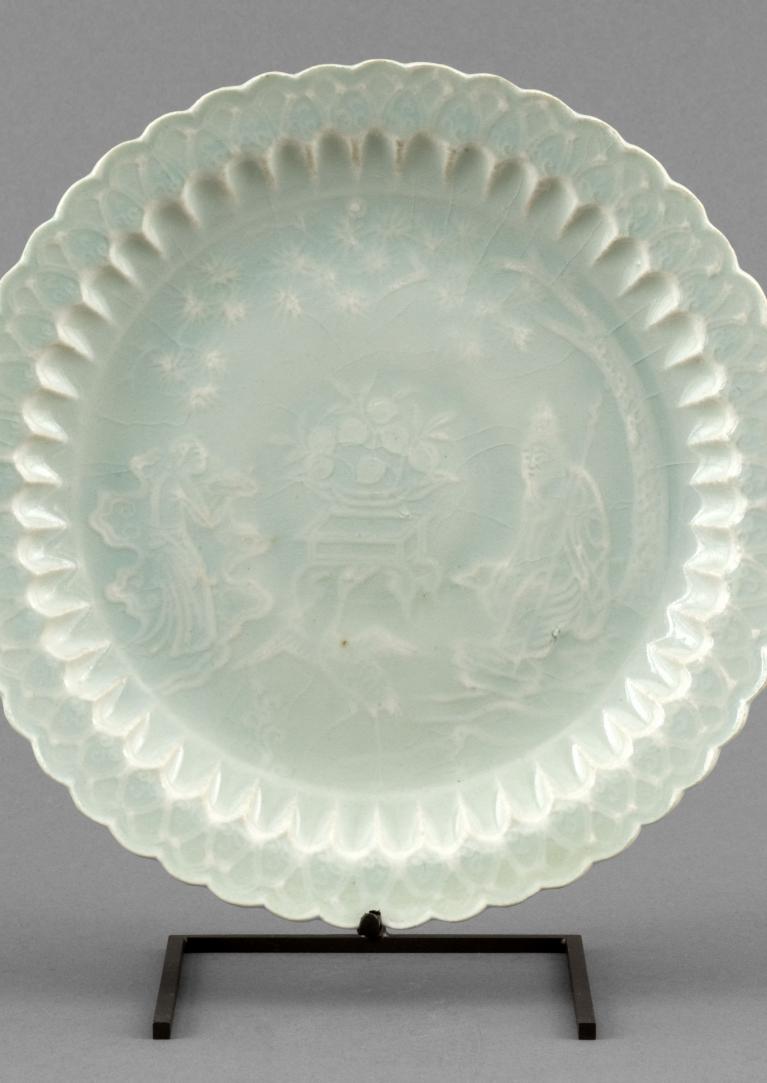