Comprising more than 3,600 pieces, including some 2,000 bronzes and 1,600 ceramics, the Japanese collection makes up one third of the Cernuschi Museum collection.

This ensemble of artefacts was collected for the most part during Henri Cernuschi’s travels in Asia between October 1871 and December 1872 with the art critic Théodore Duret (1838-1927). The collection was further enriched by subsequent purchases, from Parisian dealers in particular, including the renowned Siegfried Bing (1838-1905), and at auction sales, which Cernuschi no doubt enjoyed as much as other enthusiasts and collectors at the time.

A number of remarkable objects have joined this collection of indisputable historical value since the museum’s opening in 1898, such as the halberd (dōka) dating from the Yayoi period (400 BC – AD 250) and the fragments from a screen by Ogata Kenzan (1663-1743) –an eminent representative of the Rinpa decorative style – donated in 1959 by the painter Umehara Ryūzaburō (1888-1986), who was a pupil of Auguste Renoir (1841-1919).

Acquisitions of recent years, which aim to extend the existing collections, particularly in the fields of contemporary painting and ceramics, include works of extremely high quality, such as the pair of screens painted by Kishi Renzan (1805-1859). An assortment of antique lacquerware includes a magnificent Nanban book stand (shokendai) from the Momoyama period (1573-1603), and some rare specimens from the Ryūkyū Islands such as an incense toolbox (kōgubako) from the Edo period (1603-1867).

Like the collection assembled by Émile Guimet (1836-1918), the Japanese collection reveals the strong Western interest in Asian religions, as reflected in the imposing statue of Amitābha seated in the middle of the large room on the upper floor, which remains the museum’s emblem to this day. This collection also illustrates Cernuschi’s taste – widespread in Japoniste circles in the second half of the 19th century – for contemporary objets d’art, dating from the late Edo to the early Meiji periods (1868-1912). These enthusiasts were particularly drawn to objects of daily use and any specimens of what at the time was called “industrial art”.

Just a few months after his return to Paris, Cernuschi generously showed his collection to the French public, at the first Congrès International des Orientalistes, which took place at the Palais de l’Industrie from August 1873 to end January 1874. The Japanese pieces featured prominently and proved highly popular. Visitors were drawn to the bronzes – especially the figures relating to Buddhism, the animals and the vases – whose appeal lay in their “simple, flowing and elegant forms, their pure material, the incomparable beauty of their patinas and choice of decorative incisions,” according to a report by Louis Gonse (1846-1921) (Louis Gonse, “Exposition orientale des Champs-Élysées”, Le Moniteur universel, 4 November 1873). A few years later, in 1883, Gonse included several illustrations of these works in his monumental tome devoted to Japanese art. (M. M.) 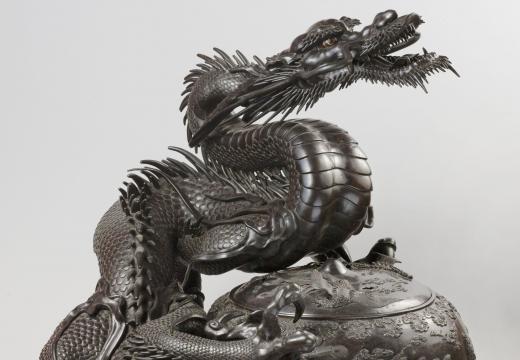 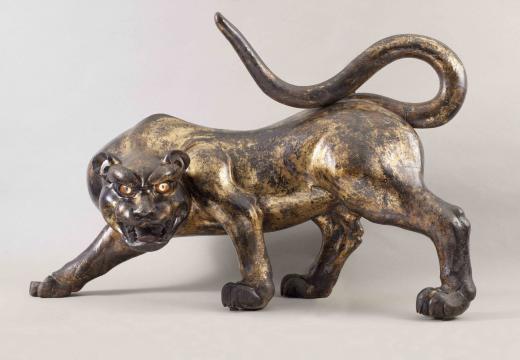