Bronze metallurgy in Japan goes back to the Middle Yayoi period (circa 100 BC – circa AD 100), and may even have flourished in a slightly later period than the Iron Age.

In this period, stone tools were progressively replaced by the use of metal. Iron was used for strictly utilitarian purposes, while bronze was the “nobler” material. Bronze served to make weapons such as swords (dōken), spear heads (dōhoko), halberds (dōka), objects such as mirrors and bells (dōtaku), and ornamental items such as bracelets and pendants.

After the introduction of Buddhism in the 6th century, bronze became a material of choice. It was used to make statues, such as the Buddha Amida that today dominates the large upper-floor room in the museum, incense burners, altar vessels and objects of worship. In the late Edo period, bronze objects for private use were produced in ever greater numbers: flower vases, objects for scholars such as paint-brush holders, water cans for diluting ink (suiteki) and small sculptures or decorative objects called okimono, used notably to adorn alcoves (tokonoma) in the home. These items served as models for a craft industry that was producing objects for export to Europe and America in the early Meiji era /period (1868-1912). 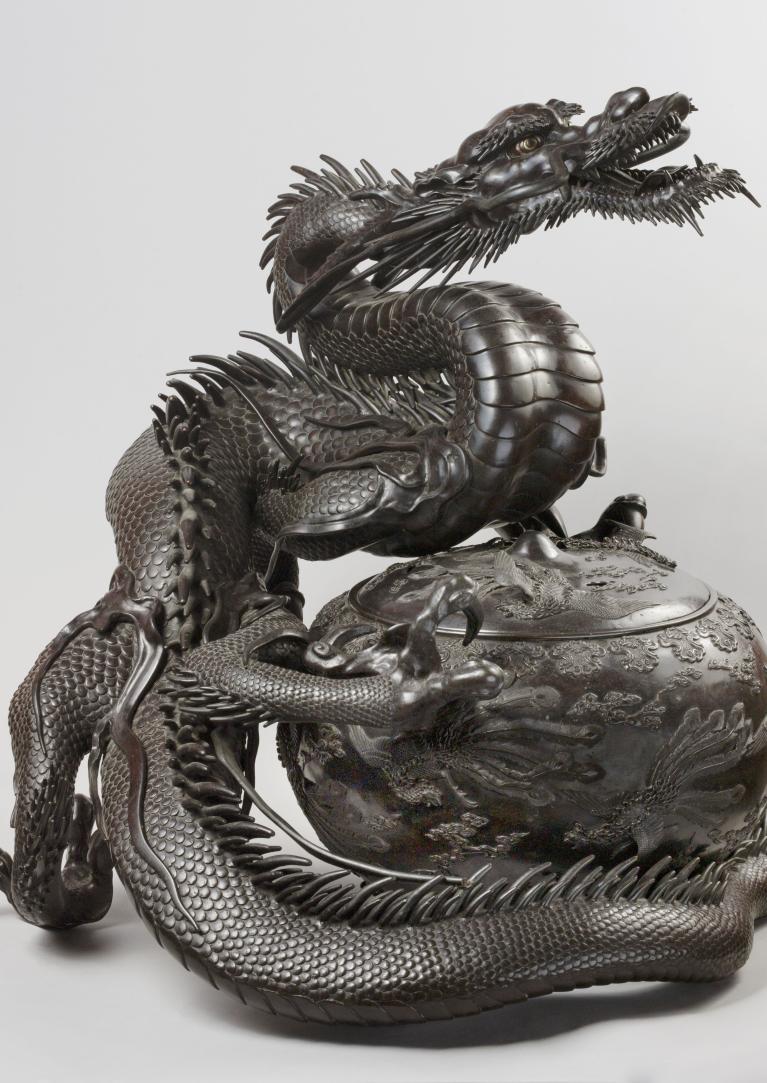 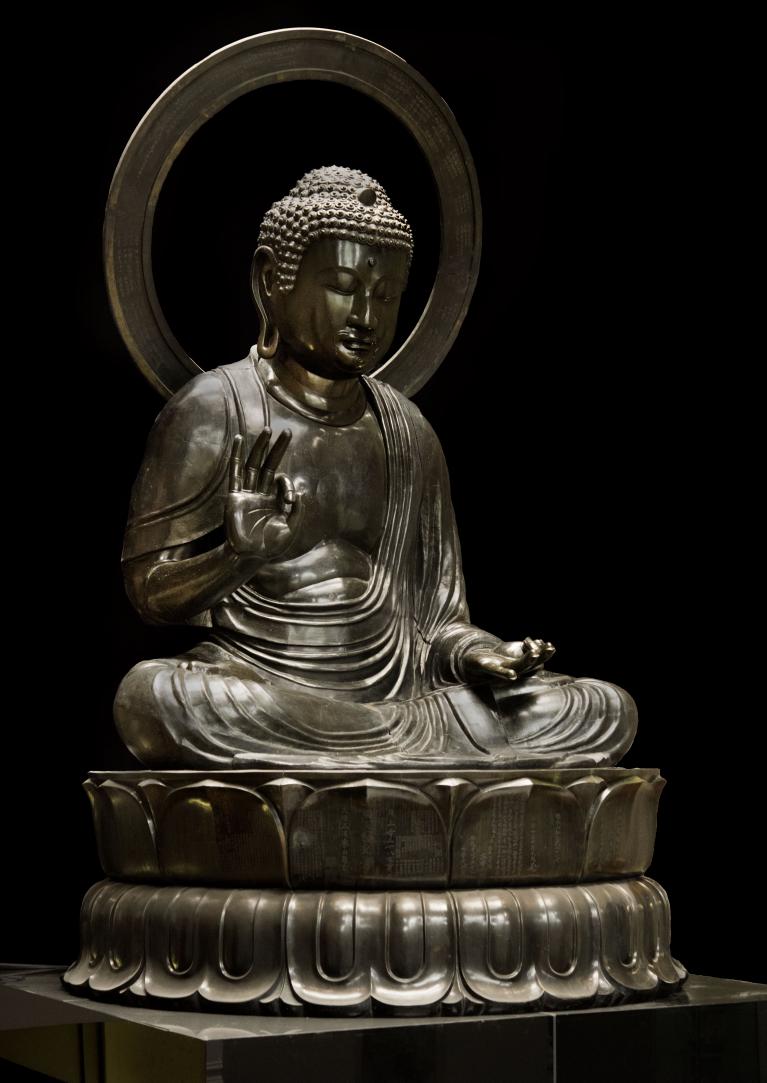 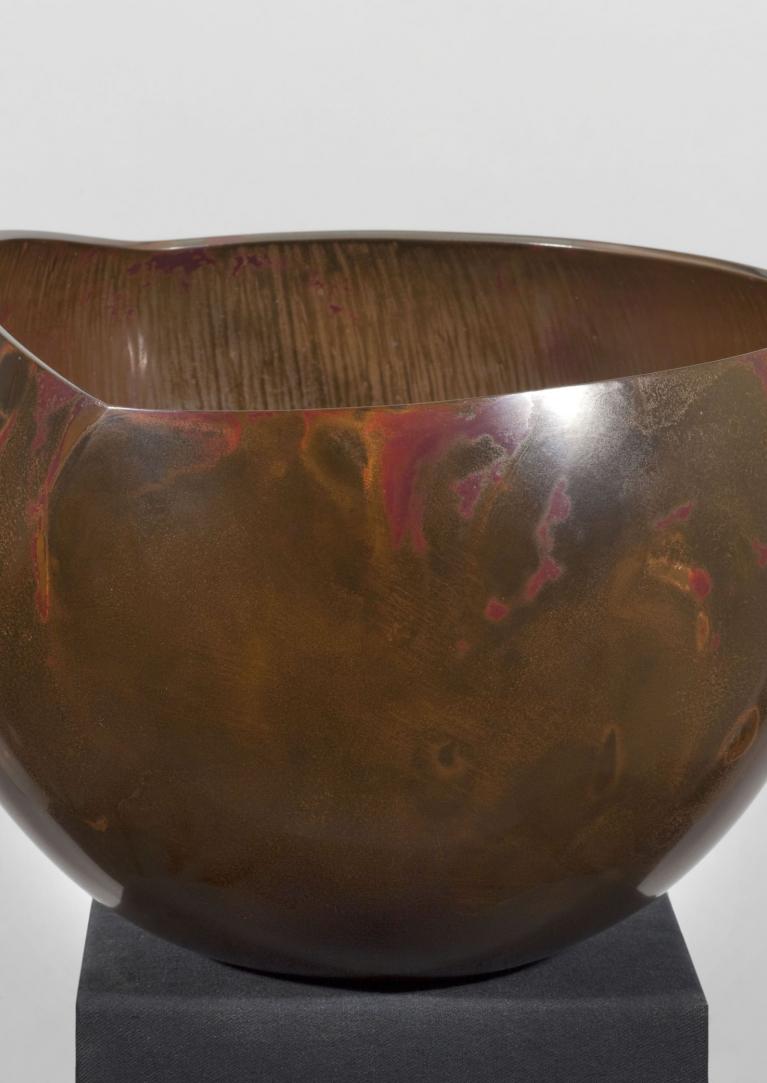 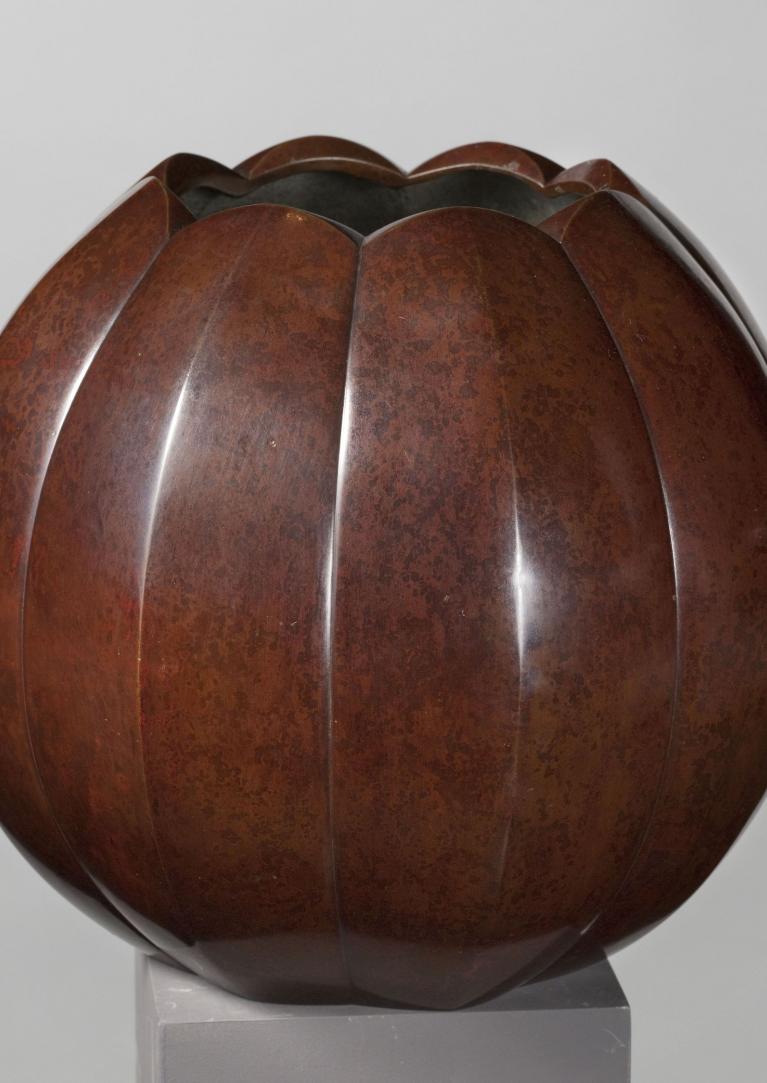